If you were wondering why Ryan Adams' cover of 1989 was a pretty monumental thing, in terms of its unpredictability from the start, chances are the original album has reached its peak of saturation for you to even care. Still, the singer-songwriter was able to present a convincing new set of lens into Taylor Swift's intimate diary of unstoppable pop hits.

Even with the eccentric Father John Misty doing his own cover of Adams' take on 'Blank Space' and 'Welcome to New York', in the style of The Velvet Underground no less, it has suggested that the form of a covers album — especially one that's a cover of an entire album — is something that musicians could tackle without the fear of losing artistic integrity, considering the amount of inspiration modern acts are drawing from different decades of music. Sometimes a new take could even make us look at the original in a new light.

It got us thinking about the crop of local bands, each having their own precious set of influences, and wondering what each act could cover — if a dream pop band could tackle a thrash metal classic or if a singer-songwriter could perform his own sincere take of a beloved singer-songwriter album.

Here's who we think could possibly breathe new life into these storied albums. 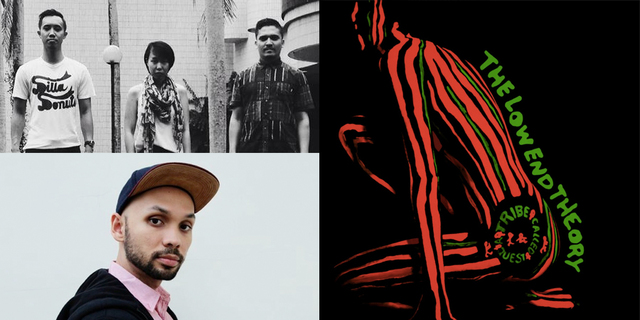 Given TAJ's adoration for hip-hop and THELIONCITYBOY's effortless onstage charisma — as we've been noticing at all the *SCAPE Invasion shows — we think they could give this 90s classic a new spin, where hopefully TAJ's live instrumentation would twist the many jazz samples weaved into the album. Granted, the difference in flow between Q-Tip and Phife Dawg will push THELIONCITYBOY to perform some serious rapping gymnastics, but all for the better. Or he could duel it out with the charming MC Roz. Or he could just write brand new rhymes a la Elmatic. 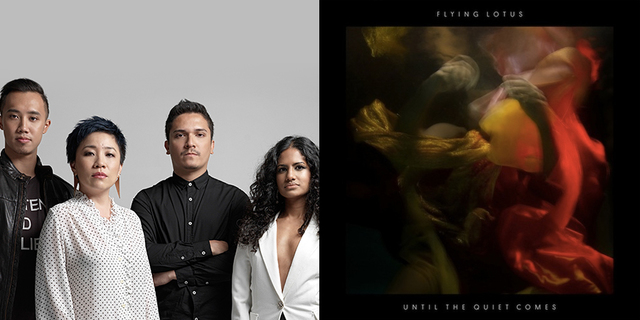 L.A.B. does Until the Quiet Comes by Flying Lotus

The great Cosmogramma producer has flexed his grasp of free-form jazz instrumentation with his recent output, but on Until the Quiet Comes, it was the most beat-heavy and electronic-based record he's ever done to date. So to turn the tables a little bit, we'd like to see jazz band L.A.B. turn the record into something more organic in a live setting. 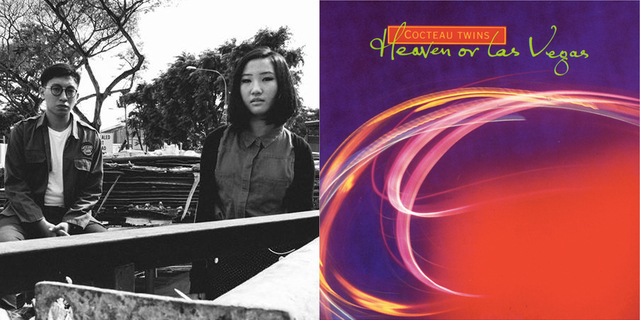 .gif does Heaven or Last Vegas by Cocteau Twins

Cocteau Twins enjoyed a brief surge in popularity back in the late-80s, if not for Elizabeth Fraser's unreal angelic voice, then it was for their airy and rich production — something that many modern indie acts try hard to replicate and twist around with. It's immersive, exquisite, and arguably timeless. For a band like .gif, their glacial and enigmatic brand of downtempo music could add a much darker shade to the celebrated dream pop album. 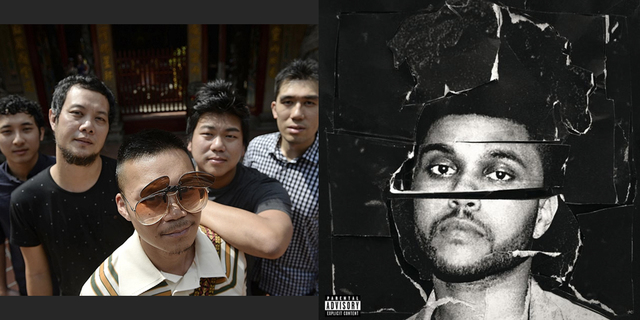 Cheating Sons does Beauty Behind the Madness by The Weeknd

A recent one, but one that's fully representative of The Weeknd's nightmarish wonderland — one of fears and anxieties surrounding drugs, women, fame, from the perspective of an arrogant, almost villainous figure. However, with a new predilection for poppy choruses, Beauty Behind the Madness is more urgent and dangerously seductive than anything he's done so far. We'd love to hear Cheating Sons vocalist Renyi tackle the line "Always tryna send me off to rehab / Drugs started feelin' like it's decaf" and give the album's PBR&B-pop production a sincere country/folk twist. 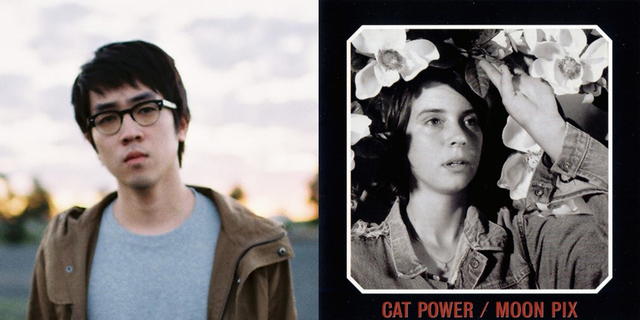 Melancholy is something not unfamiliar with Charlie Lim's work, but Cat Power's magnum opus stands as one of the most delicate and emotionally sophisticated singer-songwriter albums from the 90s. Backed by two-thirds of legendary instrumental band Dirty Three, we can only imagine what the jazz-inclined Charlie Lim and the Mothership would do to Cat Power's heart-wrenching compositions. 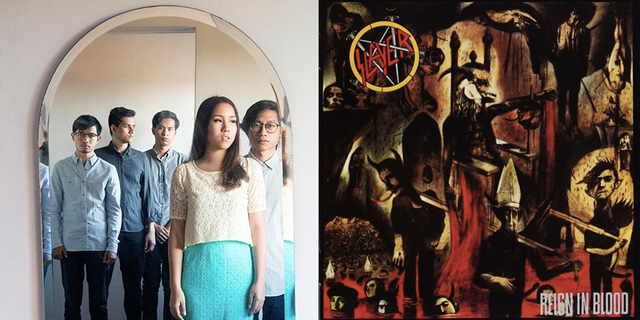 Pleasantry does Reign in Blood by Slayer

Yes. We're dead certain Pleasantry can pull something great to cover this thrash metal masterpiece. We don't need to justify it. Imagine frontwoman Samantha's breathy vocals recounting the morbid tales of war criminal Josef Mengele. Over to you, Pleasantry! 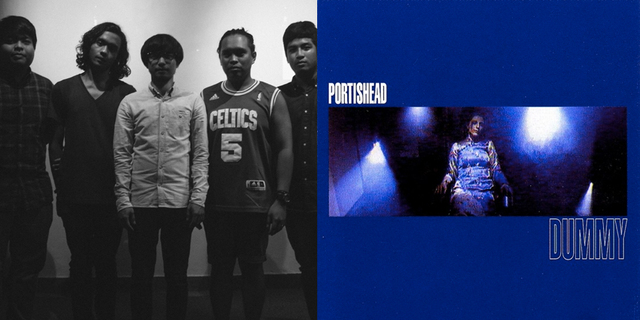 ANECHOIS does Dummy by Portishead

ANECHOIS has a knack for complex instrumentation with a hearty dose of emotional power, so we think they'll do a mighty fine job reinterpreting Portishead's most memorable and powerful album. 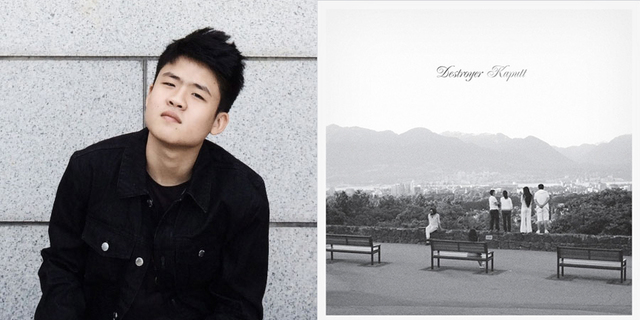 Gentle Bones does Kaputt by Destroyer

Of course, Gentle Bones started out doing stripped-down covers of popular indie pop songs, but it'll be something altogether if he tackles the work of indie's most beloved impressionist wordsmith — especially the 2011 album Kaputt, where Destroyer's Dan Bejar managed to find a balance between ambient music, disco and soft rock. It's something completely out of Gentle Bones' orbit — all the more why we want to see him cover it. 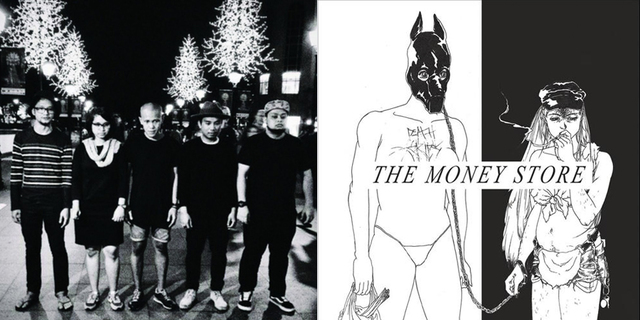 The Psalms does The Money Store by Death Grips 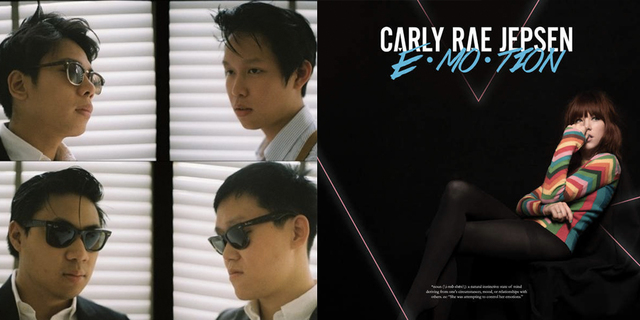 Another recent one, Emotion is 1989 but without the indulgent superstar baggage. And tastier instrumentation, we must add. At the heart of the album lies Carly Rae Jepsen's indelible charm, and while Cashew Chemists are obviously a different kind of artist, her tales of heartbreak and adventure would be something the band could transform into wonderfully intriguing guitar music just like Ryan Adams did.