They put up the biggest music festival in Southeast Asia and now, they're at it again - but bigger. Future Music Festival Asia is upon us in a month's time! We suggest you pack your bags and head for a quick getaway to Kuala Lumpur for the biggest dance-hybrid festival there is in these parts. And really, there is a lot to look forward to at this three-day festival as we put it in a digest for you.

Read about the founders of FMFA 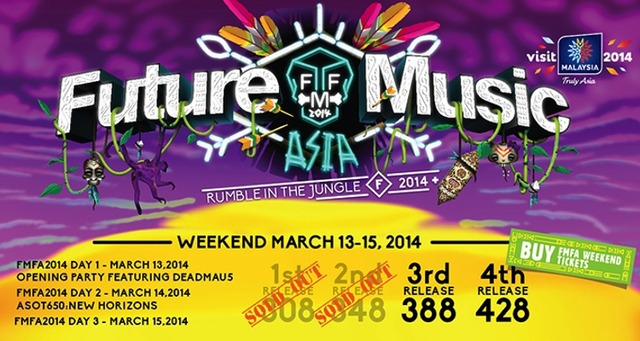 With tickets going and SGD$155 for the full three days, it means that you pay only $50 per day to catch this extensive and impressive lineup. Get your tickets directly at the Bandwagon HQ  by emailing us at bandwagon@bandagon.sg for more details or from the FMFA website. Prices on site shown in RM$. 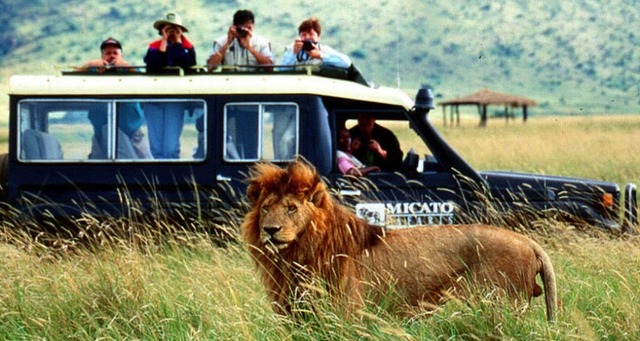 It's Safari (the expedition sort, not the browser) themed, and don't we all love dress-up parties? Have fun with your sartorial palate for FMFA; we're thinking crazy animal prints, bright colours, camo even, and bring on the festival novelty headgear! 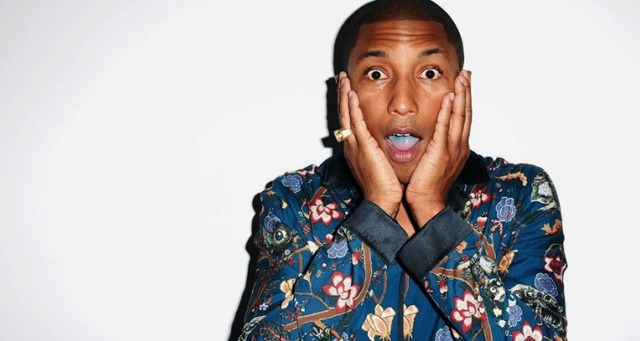 The busiest man around, Pharell Williams will be just one of the superb acts you can catch at FMFA 2014 where his infectious brand of tunes will be to sure to get you to your good place. It's been quite a year for this multi-tasking, Grammy-winning, hat-wearing, music producer, star collaborator, hitmaker and you get to be part of it next month! 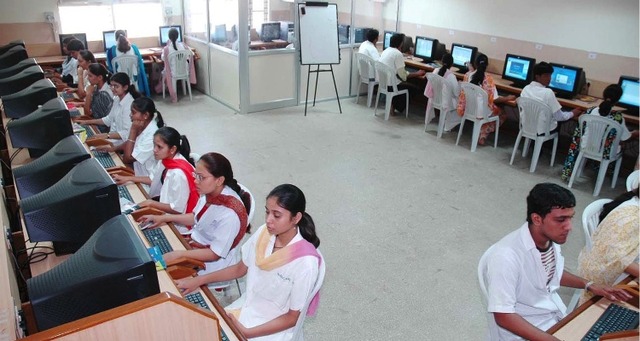 Who says homework has to be boring? Prep up your FMFA brawn with this specially collated playlist - you'll soon be dancing to every song at the festival, three days in a row! LISTEN HERE 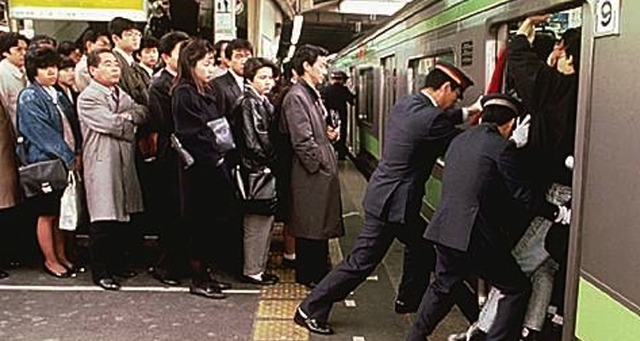 Held at Bukit Jalil Stadium Grounds this year, the nearest LRT station to the place will be… Bukit Jalil Stadium. Yep, the station is right at the doorstep of the festival entrance so you can leave all cars in your garages! Also, the LRT service will have its operation hours extended during the festival days so you need have to leave mid-set of the last act of the night. 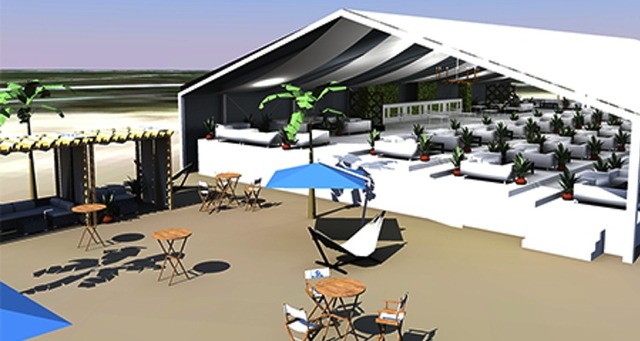 6. King of The Jungle

Well, if you have some money, and want a first class festival experience, there will be limited VIP private cabanas available for sale. You get the best view of the main stage while surrounded by your group of friends, drinking some beer, posh wine, Red Bull - brought to you by your personal butler. Livin' the life. 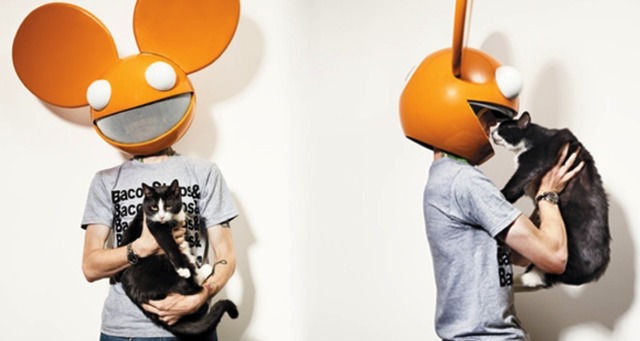 Donning his mau5head, Joel Zimmerman, or better known as Deadmau5 will be playing to the masses on the first day of FMFA, along with some special guests. Kicking off with the biggest dance act there is and a music production genius, how much better can FMFA get? 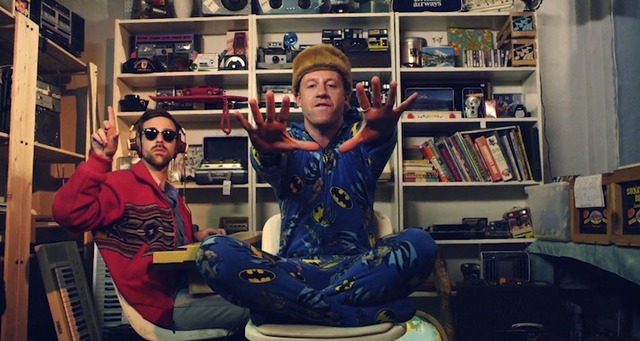 They don't shop at the thrift store no more! It has been quite a year for these two Seattle natives and their brand of more socially aware hip hop music. Picking up four awards including Best New Artist and Best Rap Album at the most recent Grammy Awards, Macklemore & Ryan Lewis are definitely one to catch at FMFA 2014! 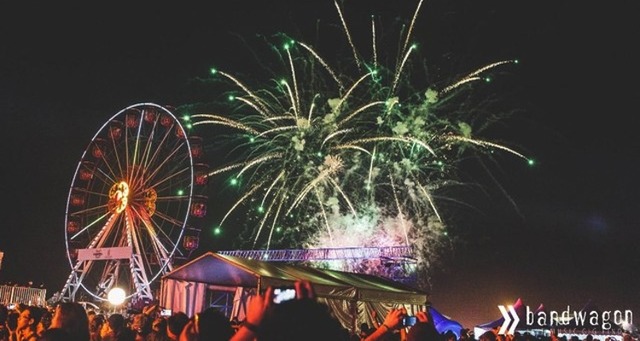 The iconic Ferris Wheel will make a comeback to the festival grounds this year, along with a few more rides. When you're having some downtime in-between sets, you know what to do. 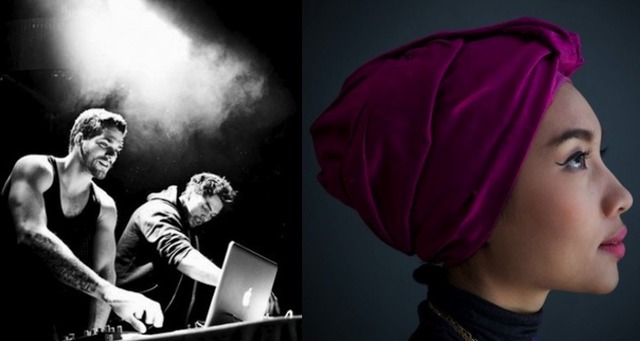 If you think Yuna and her saccharine melodies are no place for a party palace like FMFA? Think again! Adventure Club, a Canadian electronic dance music duo have worked together with Yuna to remix some of her songs and also produced a dance-worthy track 'Gold'. Catch both acts at FMFA 2014! https://soundcloud.com/adventureclub/gold/s-5cUcT 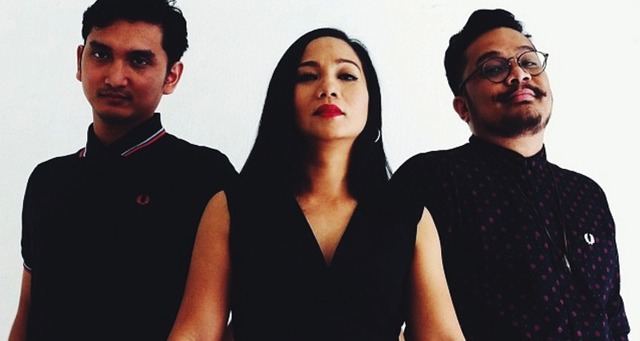 Another unexpected collaboration, Malaysian music idol Sheila Majid have also dabbled with EDM by way of Malaysian electronic duo Dangerdisko, the purveyors of fine dirty disco and obscure new wave for her hit song 'Sinaran'. Word has it, it has been playing in clubs around so I guess you have to see this live. 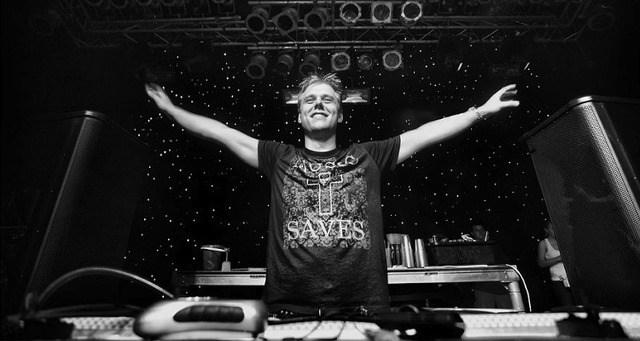 One of the biggest DJs on the planet, Armin Van Buuren has been a champion of EDM long before the term was even coined. His radio show A State of Trance has even spawned to its own dance festival that you will be witnessing at FMFA. An interesting fact about your favourite trance DJ: he studied law and received his degree in 2002. Smart and knows how to throw a party, ace. 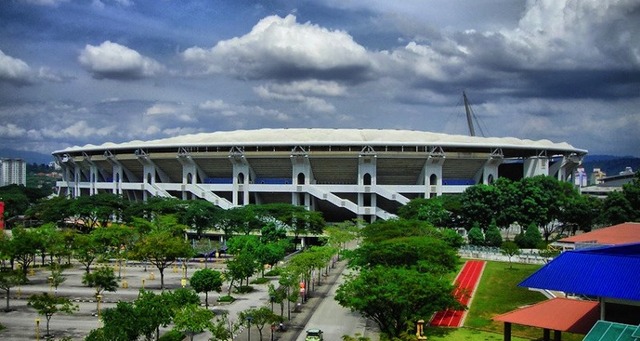 This year FMFA will be moving to Malaysia's iconic monument and former home to the 1998 Commonwealth Games, the Bukit Jalil National Stadium. Interesting thing is, nothing will be going on INSIDE the stadium, the festival will be laid out around the stadium grounds instead! Much more accessible, with the train station at the doorstep, just chill out and have a good time catching your favourite acts. 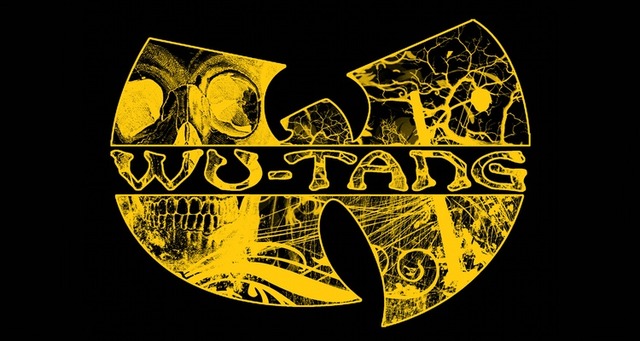 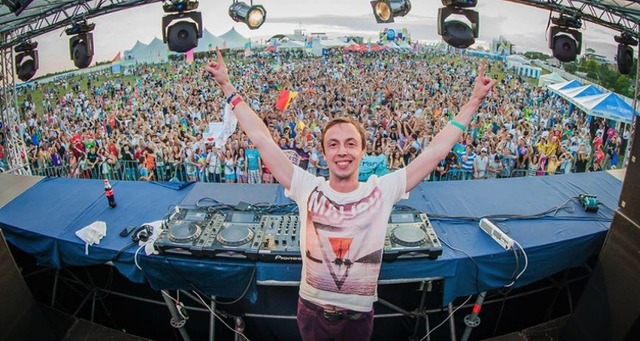 Andrew Rayel is being touted as the next big thing in trance and comes with a seal of approval from Armin van Buuren himself, Omnia has set trance alight with his style of uplifting and progressive trance, MaRLo has had a string of chart topping hits around the world - go check out what the fuss is all about! 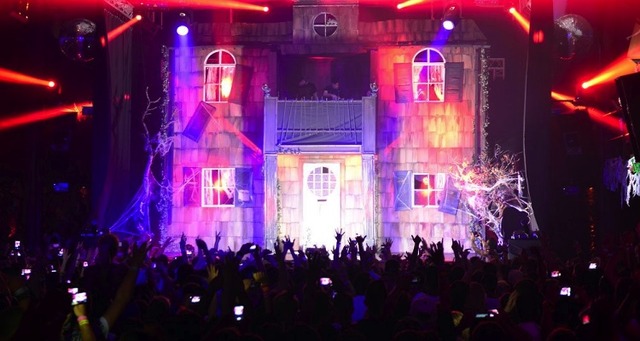 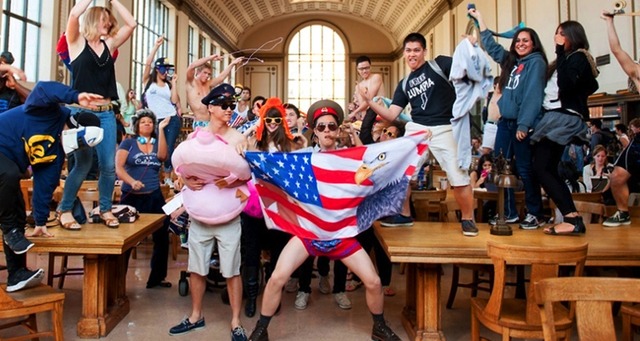 17. Do the Harlem Shake with thousands of people!

Remember that dance that erupted to be viral video material? But it did teach us that anyone can do the Harlem Shake. Trap and bass producer Baauer will also be manning the decks at FMFA 2014 so you know what to do when you hear the shrieking siren call of "Con los terroristas"! 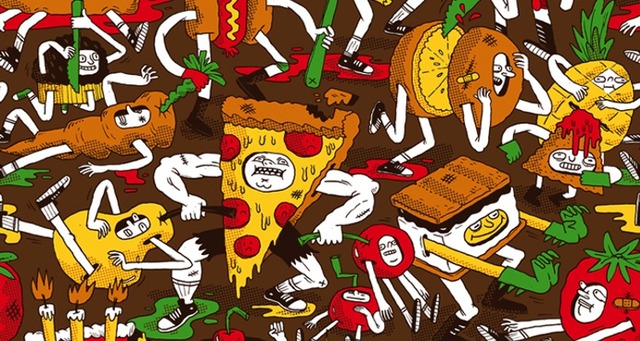 There is going to be a food village! Don't have to wander very far, there'll be lotsa food and drinks at the venue itself, which also leads us to... 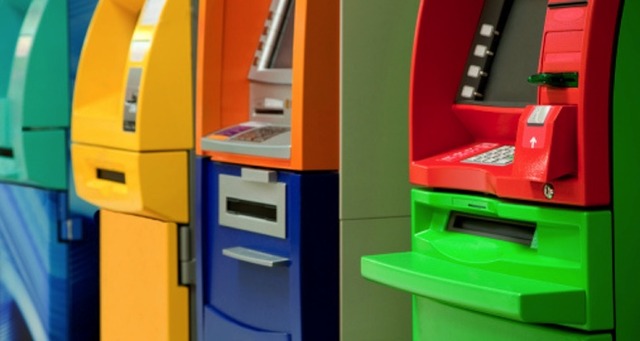 Need cash on hand? Don't worry, there will be ATM machines available around the grounds for your convenience when you need some money to pay for that hotdog or artist merchandise. Efficiency +10. 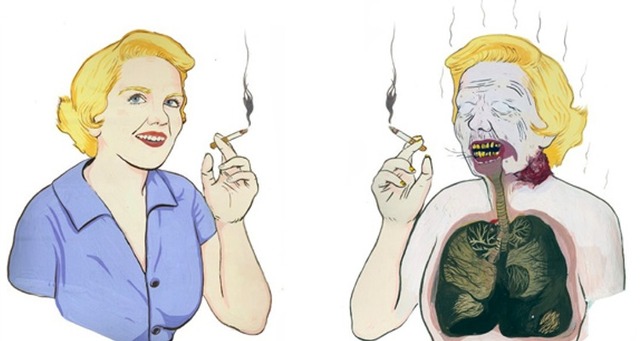 Everything also boleh; speaking to one of last year's goers, he said: "Best thing about the festival is that you can smoke anywhere." Yay Malaysia. 'Smoke what?' is the question. 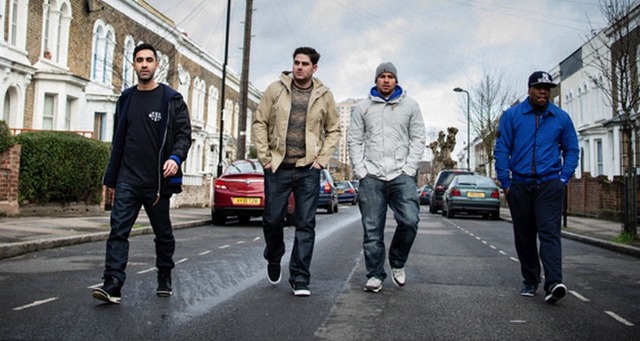 21. Making up for lost time

English electronic music quartet, known widely for their drum and bass work, Rudimental honoured their promise to make up for not being able to attend FMFA last year by returning this year. Nice Hackney guys, they've said about their music: "It's not just an album of bangers for your feet, it's one for your heart." 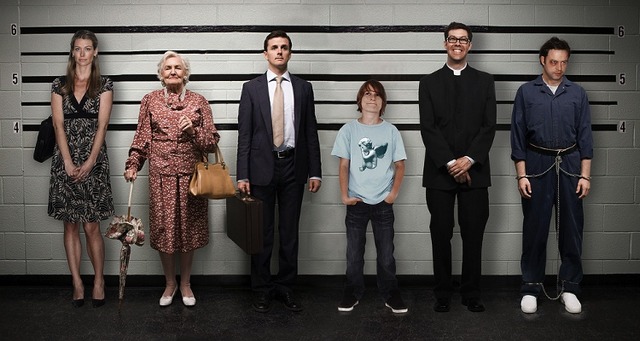 Carrying the festival to its peak on the third day, the line-up is insane we tell you. Taking you the heart of the party will be ATB, Eric Prydz, Chase & Status, Pharell Willians, Sub Focus, Yuna, Macklemore & Ryan Lewis, Tinie Tempah, and so much more. 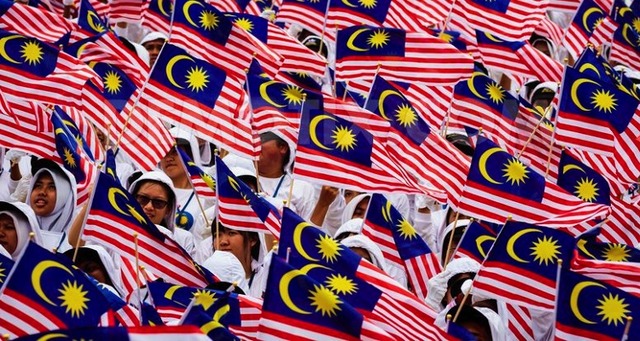 23. The Locals Are Going Large

FMFA may feature some pretty big international names but they have not turned their back on the local game changers. Guaranteeing a show different from their other shows are the local artists performing at FMFA. Founder Rahul Kukreja says, "We'll assist the local artists to put a show, different to others they have done. Last year Kyoto Protocol had two dancers on stage and a guy with a mouse head running around. It was mad." 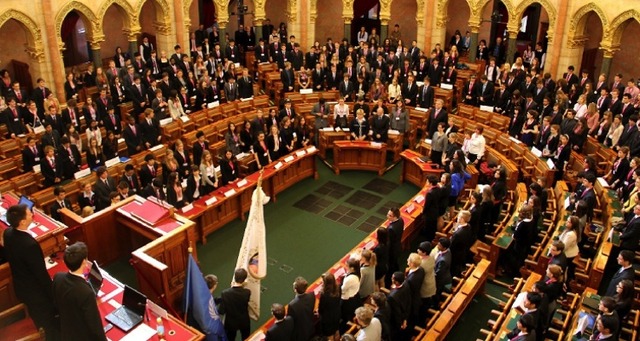 With ticket sales coming in from all over the world, people backpacking into KL, and the universal love for music, expect a diverse crowd at the festival! 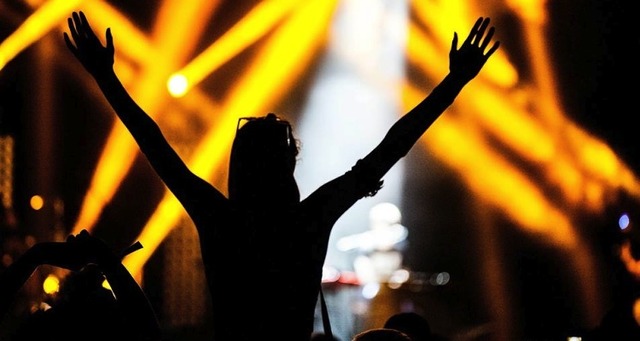 With the big acts, the main stage and all, one can also look forward to the laser light shows during the performances will definitely be a dreamy highlight to the festival goer.