Marcus Lin is quite the jack of all trades. While juggling shooting stints at the big shows like Phoenix and Fall Out Boy, he also makes music and paints. Some extra skills there. Even his pool of gig photography is pretty diverse, Marcus shoots a variety of live shows, including the Mandopop ones which he says are on a whole new level in terms of fanbase and show production. We now nitpick his mind a little as he gives us some insight about being behind the lenses at a big show, what it takes to make it as photographer, and that the learning never ends.

Tell us more about yourself!

I’m Marcus Lin, learner-photographer, wannabe race-car driver and heavy caffeine consumer. I try my best to shoot gigs, events, cats and everything else that captures my eye. Soon-to-be married and on the cusp of a brand new chapter in my life. I’m actually quite the bum when I have the chance to, but I’m serious - albeit a bit too serious sometimes - about my art and things that matter to me. Occasionally, I’ll do a ‘ninja’ and disappear to clear my head.

How did you start out in photography, and how long have you been a professional photographer?

Here’s a funny one – I never was (and I thought I never would be) a photographer because all the gear was way too expensive and I had a bad experience playing with chemicals in the darkroom back in my polytechnic days. Sometime in 2010, I believe, I was gifted a Canon 1000D kit by a relative but that didn’t get my gears grinding still. It wasn’t till my (then) girl-friend got me to start taking pictures that I actually bought my first camera, after a lot of saving up – a Canon 550D and some lenses, that I thought I’d play around with a little more. Coupled with the pressure from my friends – who already had cameras coming out of the wood work and were asking me out to take pictures, I decided to venture deeper. The rest is history.

I actually haven’t been professional for as long as most – and I probably wouldn’t even consider myself professional. I’ve a day job, which sucks most of my time (and soul) away and photography is like an outlet for me to express myself and do things in a way I normally wouldn’t. 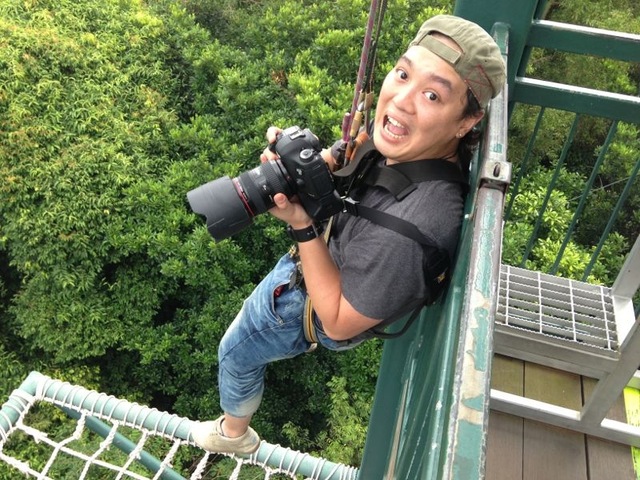 Has your style progressed from when you first started? How do you feel when you look at old photos you took?

I think, inevitably, it has progressed to some extent. It’s more of an evolution actually – when I look back at the photos taken back in the day, it’s all just frozen memories for me but naturally, you start to go into the technicalities of it, like – The angle, the aperture, the lighting, the shutter etc. But the most important thing is (as always) to capture ‘The Moment’. And of course, there would always be the occasional “How in the world did that happen!?” But it’s all smiles at the end of the day.

How do you balance your full-time job and time as a gig photographer?

It’s tough but I think it’s all about time-management and a whole lot of sacrifice. Time-management being, well, managing your project delivery times to avoid the gigs that you’ll be covering and sacrifice is well – sleep. Period. But there’s nothing a couple of black coffees won’t fix.

What are the perks (and non-perks) of being a full-time photographer?

I don’t think I’m qualified to answer this as I’m not a full-time photographer (yet, maybe), but I believe the perks would be that you have your own time to manage – which certainly makes gigs and projects a whole lot easier to deal with. The downside would probably be the inconsistent income I suppose. As much as I advocate that money isn’t everything, we live in an age where we have to practical.

You shoot across all sorts of genres, but is there a particular type of show you prefer? How different is it shooting for different type of concert?

Honestly, there isn’t a ‘certain type’ of show I’d prefer. Each comes with different challenges, different restrictions. It’s all about adaptation, really. Because each genre and each show is different, even if it’s the same genre, and that’s what makes it exciting! Shooting across genres and languages brings about different requirements from each of the promoters and managers – for example, some require photos to be given immediately after the gig, some have a 3-songs rule, some 5-songs, some only allow you to shoot from artiste’s right and of course, some shows are just a battlefield – pyros, confetti and all that. After a few ‘explosions’, you tend to know where not to go. 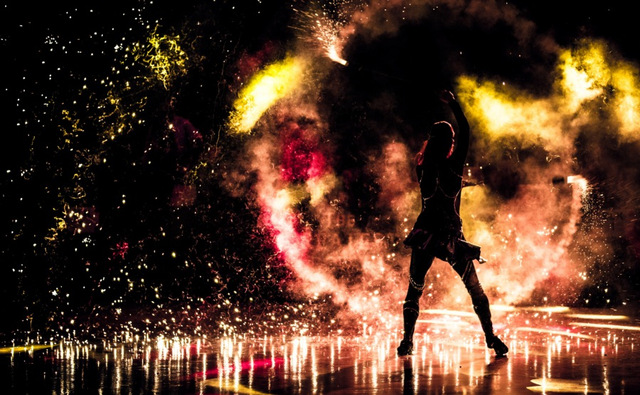 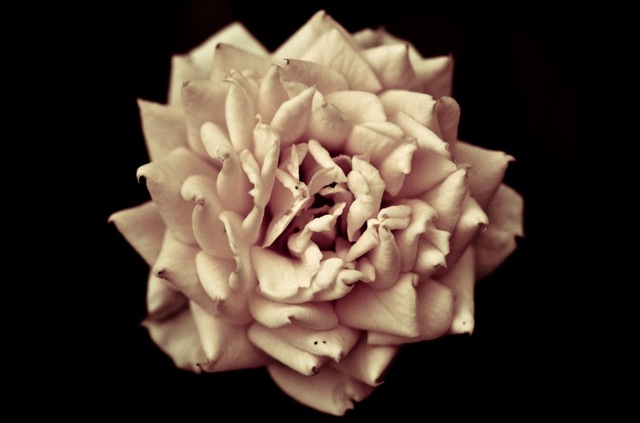 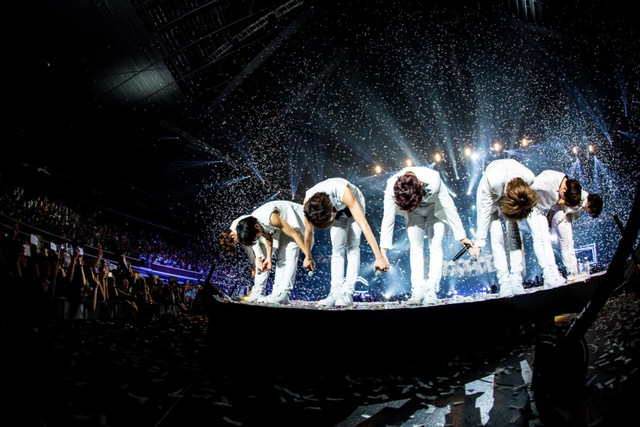 I’ve two actually – because they rank way up there for me. The first would be May Day’s Nowhere 2013 gig, firstly ‘cause I’ve been listening to them since I was really young and the entire show was just an explosion of awesome. The second would be Fall Out Boy’s – The band and the opening band, Empra were simply FANTASTIC, and of course I was quite the fan of both, which also helped. I could really feel the energy from behind the viewfinder. That, and the crowd was simply rocking to every single song which brought the experience to a whole new level.

I’d think the Springwave Festival of 2013 would top my list, because experiencing a blazing hot sun and then rain in the night, coupled with long hours while still being creative was quite the challenge. Loved every minute of it though! Okay, maybe not the mosquitoes.

What are some of the pet peeves you come across as a gig photographer?

The lack of credit to the photographer who took the picture is definitely one of them – but I’m thankful that most those I’ve worked with have been understanding thus far. Another would be bands, or maybe the managers who insist on taking the copyrights away from the photographer without proper or no payment whatsoever.

I don’t usually have much down time, but when I do, I hang out at the kopitiam with friends - I’m a coffee-shop kind of person! Catch a movie/meal with the fiancé, or recently I've been painting and making stuff.

Lastly, what do you think of selfies?

I’d answer that… but first, let me take a #selfie, haha.

I suppose it’s another way of self-expression for some and a way to retain memories for others. I don’t think it differs much from the traditional family photo except this time, you get to take as many as you want and make as many faces as you’d like.

I go into a gig with 2 Canon 5D Mark 3s, and I bring along a 16-35mm, 24-70mm and a 70-200mm along for the ride. All tucked away in what has been affectionately termed by Eddie Sung and some friends as my SBO (Standard Battle Order) or Ammo Pouch because of the way I carry it. It’s actually just a belt with some modular pouches.

Oh, and also my trusty hat.

3 Useful Traits To Have As a Photographer

1. Grow a Creative-Conscience; Believe in your work.

2. Your equipment is your baby. Take care of them and they will take care of you.

3. Sh*t happens for a reason, deal with it first and figure out what went wrong later.

There will be times when you hit a creative rut – when you just don’t feel ‘it’. When every photo you take just looks bad to you. Don’t give it all up because you think you aren’t doing anything worth looking at. Keep at it and one day the sun will shine again. It may also help to take a break and look at things from a third-person’s perspective to figure out what’s wrong and work on it.

I heard an interview with Jared Leto of 30 Seconds to Mars, and he couldn’t have said it better in three words: “Just Show Up.” You may not feel extremely inspired or compelled to take photos or even process them, but being out there with your camera (even if you don’t use it) or being in front of the computer with your photos staring back at you will ensure that, in time, some things are bound to click; sparks will appear and you’ll get that inspiration you need. If you’re on a deadline, then stick to it and stop making excuses. 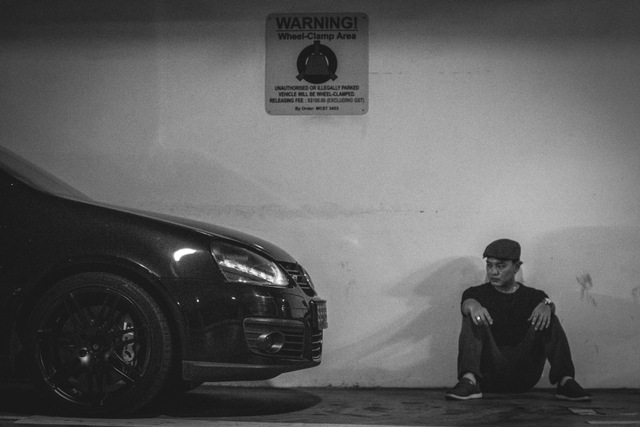 It’s been said to death already, but don’t get suckered into the whole ‘shoot for free, you’ll get to use it as portfolio’. There will be times when you will probably have to do some favors along the way but none of that should warrant that you keep doing shoots for free just for the portfolio. If portfolios could be eaten, I’m sure a whole lot of people out there would overweight. So no, portfolios aren’t everything – and doing shoots for free will only ensure that you screw yourself over in the future.

I do my creative work under the moniker Gaijin, The Outsider – which I do videos, photos, music – almost everything and anything that grabs my fancy. My latest muse is a pet project called ‘The Petit Macabre’ which is a darker rendition of toy photography inspired by Mariel Clayton. 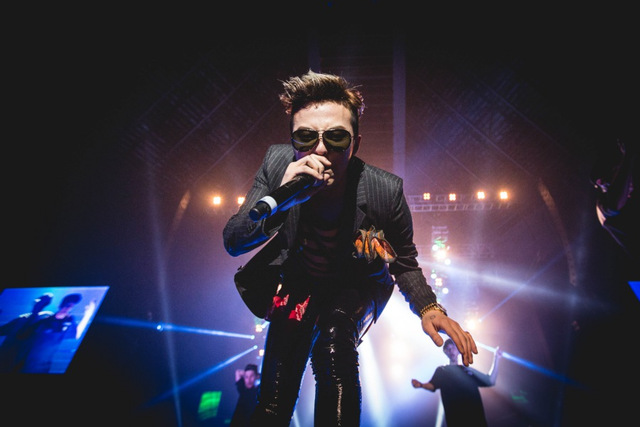 It is rather difficult to get up-close and personal to Korean pop stars and my first concert I covered for G-Dragon was shot from a mile away (ok, it was at the soundboard), but this time I was stoked that I could get nearer to the stage - Until I saw the stage, which was almost as tall as I was. For reasons unknown to me, G-Dragon (the amazing showman and performer that he is) noticed me in the pit and posed for this shot. I couldn't be happier. 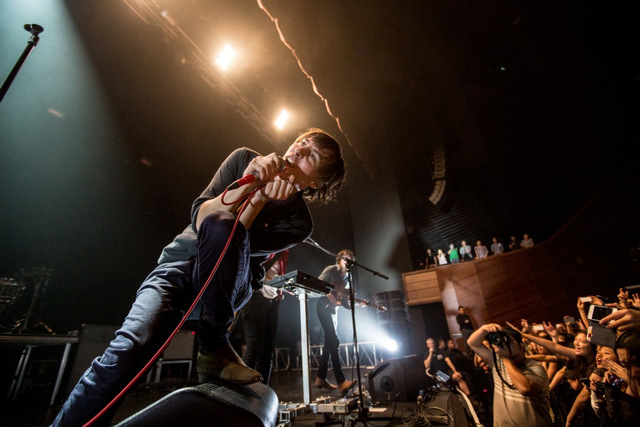 I heard a little or two about Phoenix before the gig, but wasn’t too much of a fan. But 10 minutes into the gig and they had a permanent residency on my playlist. The energy was simply amazing and what made this shot memorable for me was immediately after taking this, I was hit by a falling mic-stand from the stage. Given a choice, I'd gladly take that hit again, just to get this shot. 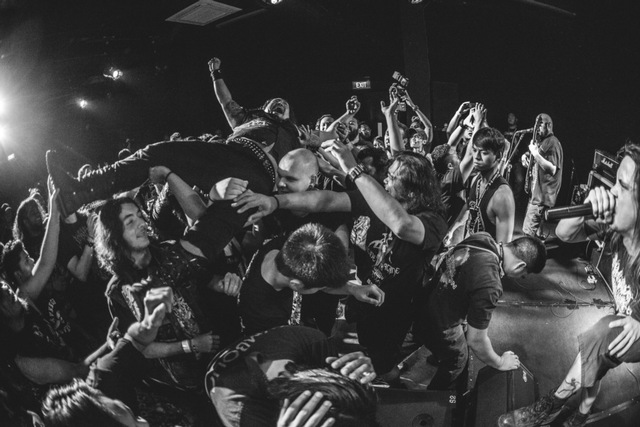 I love shooting intimate gigs but with that comes a whole slew of challenges, ie. i) The lights will most definitely be far from ideal, ii) The photo-pit will be non-existent, iii) Depending on the genre of concert, your gear might be at risk. However, because it’s so intimate, you tend to get shots which you don’t normally do at larger scale/larger budget gigs. The interaction between the band and crowd becomes more of a relationship and a lot of things happen in the process. Origin was a technical death metal gig and the crowd was as energetic as they come, plus I was much too close to the stage to get any action. Thankfully, the band was kind enough to share a tiny corner of the stage with me and as the crowd went insane with the stage diving, the lights were just right and I fired off.