Ah YouTube, how we love thee. A portal built on the principle of widely accessible education arts and culture, but entrenched in cat videos, fail compilations and sheer WTF-ery. But it's a platform for musicians too - and success stories including the likes of Justin Bieber, Greyson Chance, Lana Del Rey and XXYYXX have all found their fame launched when their videos achieved virality on the video-sharing site.

Even in Singapore, musicians and young artists are utilising YouTube to their advantage, engaging audiences and building up their following by showcasing their talents online to worldwide viewership - and that's where The Download Festival comes into play. Happening this Saturday, December 14th at Lowercase, the pop music jamboree looks to bring their talent from the digital plane to the physical stage, championing emerging artistes in Singapore. Organised by the great folks of Lowercase and headlined by none other than The Sam Willows, it's a whole day of music, fun and food, and everyone's invited!

Speaking of emerging artistic talents, we've selected a few acts that we've been keeping tabs on for quite some time now - here's why you have to catch them live this Saturday:

A self-taught singer-songwriter since the age of 14, Vanessa plays a variety of instruments including guitar, keyboards, xylophone, harmonica and percussions - but not all at once of course. The indie folk-pop artiste has also been hard at work playing gigs all over in places such as Starbucks, SMU, The Promontory @ Marina Bay and recently in Cambodia. Listen to her 2012 debut EP Inner Voices and see why she's so in demand right now.

We've been fans of her covers and originals on Soundcloud, and what can we say - her musical maturity surpasses her young age. Citing an eclectic variety of influences including Bombay Bicycle Club, Foals and Daughter, her style is a blend of melancholia and introspection, steered by fragile vocals and atmospheric moods. It should come to no surprise then that she was invited to perform live with Pleasantry in this year's Night Festival, together with a bevy of other talented local musicians. Drop by Lowercase this Saturday and be impressed.

Watching Hariz Maloy and Lincoln Lim perform live (in countless gigs at the Esplanade) and on their YouTube channel, it's hard not to like the musical duo. They're both natural entertainers, both meant to be on stage and interacting with audiences through banter and song, with Hariz crooning effortlessly to Lincoln's accompanying vocals and guitar riffs. Veterans in the acoustic covers and originals circuit, they certainly know how to put on a good show, and their showcase in The Download shouldn't be any different. 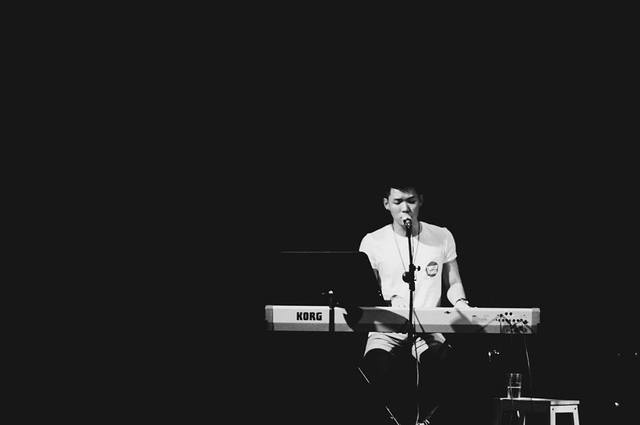 We have to be honest, we haven't watched Lokies live. But knowing that he's a regular performer at Lowercase and the fact that he moonlights as DJ Kookie was enough to intrigue us. We're ready to be pleasantly surprised by his music, and so many other acts who'll be performing in The Download too!