We really enjoyed ourselves in last year's edition of Urbanscapes, watching the likes of Sigur Rós, Enterprise, Love/Comes, The Trees And The Wild and even Malaysian pop legend Sheila Majid rocking the stage at Padang Astaka in Kuala Lumpur. Furthermore, it was the 10th anniversary of the festival, and the organisers really pulled out all the stops to make it the biggest one yet - we still remember being wonderstruck with the 10-minute fireworks finale when Sigur Rós concluded the 2-day festival.

In Urbanscapes 2013 however, the annual creative arts festival relocates to MAEPS - Malaysia Agro Exposition Park Serdang in Selangor, and it's the biggest one yet. As if the 2-day festival isn't enough, the good people behind Urbanscapes spoil us with two Satellite Shows - separate offsite gigs featuring three of the biggest bands in the world: Explosions In The Sky, Mew and Metric. The all-access pass gets you to the full Urbanscapes 2013 experience; the Satellite Shows on 1st October and 3rd December (at KL Live) and the festival itself on 23rd and 24th November (at MAEPS).

What makes Urbanscapes different from many of the music festivals here (or any in the region) is that this one's a full on creative arts festival. If our experience last year is any indication of what's to come, expect full on art installations, rows upon rows of independent fashion and art vendors, and the country's most delectable-yet-affordable f&b stalls. It's gonna be 12 acres of seemingly endless activities and entertainment; a self-contained carnival of everything you'd ever want or need in a music festival.

Line up announcements so far include indie favourites Franz Ferdinand, Two Door Cinema Club, Tegan & Sara, along with some of the best Malaysian bands such as Kyoto Protocol and They Will Kill Us All. Singapore gets some representin' with bands like In Each Hand A Cutlass, Obedient Wives Club and Plainsunset making their way across the border to perform. 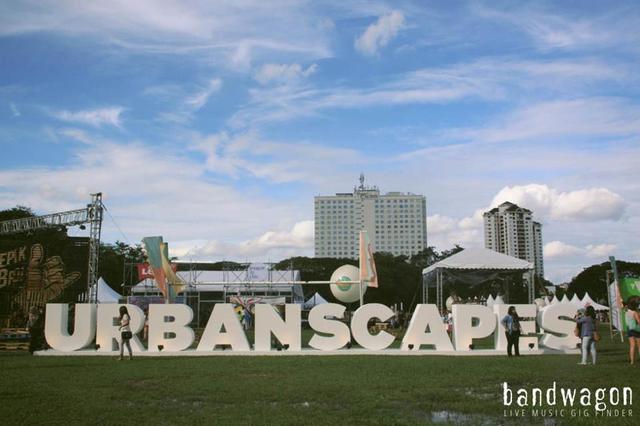 We're heading up to Malaysia once again (how could we ever miss it?) in November and you should too. Here are just 5 of the many excellent acts to catch at the festival at Selangor that we're looking forward to!

Lavish orchestrations, grand woodwinds, fleeting strings, glockenspiels, well-manicured electronics, and mourny vocals make up the Efterklang sound, 'efterklang' being the Danish word for 'remembrance' or 'reverberation'. The Urbanscapes line-up gets even more eclectic every year and by way of Copenhagen, these indie-rock-electronica-classical-experimentalists will bring quite a sonic palette to the festival. Don't expect them to make you jump to your feet to start some festival moshing but with their ambitious and textural sounds (that hints a lot of seriousness) is not gonna make you doze off either. Thinking music, aah.

Meanwhile back in Singapore, this band played to a sold out concert at the Esplanade early this year. Missed out? KL is only hours away (and cheap…) and you get to see them along with a stellar line-up. It's not hard to see why Two Door Cinema Club would be a good festival fit. With catchy hooks and sing-a-long choruses, this Northern Irish indie pop act is so likeable that they are beloved to kids, teenagers and middle-aged people. Truth. For your standard indie-pop festival fix, these lads are your guys.

Who could ever forget the song that propelled them into music charts (and drilled into our heads)? "Take Me Out" and their subsequent singles "This Fire" and "Do You Want To" were staples of our playlists when we were growing up and recently they've returned to massive critical acclaim with the release of their fourth album Right Thoughts, Right Words, Right Action. The Glasgow quartet have proven that they've still got the capability to make intelligent yet dancefloor-friendly indie rock, and the power to make people dance when they perform live. Urbanscapes 2013 is the only Southeast Asian stop that they'll be making, so this will be the only chance to see them live!

From what we've heard from our friends who attended Good Vibes Festival last month, Kyoto Protocol killed it during their set which got people to their feet and generally spreading good vibes all around. The Malaysian alternative rock heroes are no strangers to the big stage; they've been on a festival spree this year so far, performing at Future Music Festival Asia, Good Vibes and now in Urbanscapes this November. One thing's for sure - Kyoto Protocol certainly know how to have fun. Check out what Poached Mag had to say about them at Good Vibes Festival!

Brothers in rock, Bram and Daud from Indonesia play music in a similar vein to The White Stripes. Fervent drumming and heavy guitar riffs that pay tribute to 70s rock and dedicated showmanship - the exact kick that you need for festival enjoyment. The Brothers draw their musical sound from classic psychedelic rock such as Cream, Pink Floyd, the legendary Jimi Hendrix and also added in their personal bluesy touch to their music. Forming in 2001 and through a couple of personnel changes, it's just up to these two brothers who have definitely honed their craft well. 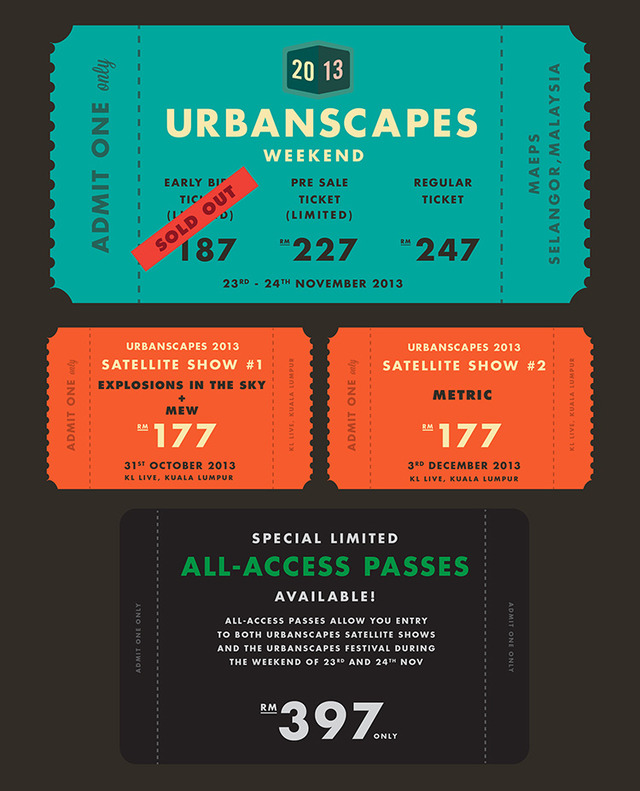