What is punk? Is it a music style, an ideology, a type of fashion? Could it be all of those at once? The complications of genres that have such an impact on culture is that it takes on different meanings and it forms its own factions: the purists, the casual fans and everything in-between. A little black metal unit from sunny San Francisco disregarded the deep-seated culture, corpse paint and everything that comes with the controversial genre to produce the highest-reviewed record of 2013. It didn’t mean the band watered down or “distilled” the genre in order to get a new audience; they just decided they didn’t need to follow by the rules. And that is what punk was all about.

The Sex Pistols embodied that but they never considered themselves as a ‘punk rock’ band. They just didn’t care about the rules. “[Punk is] not accepting no for answer. Not following a trend. It’s just taking action instead of being reactionary. But at the same time, being punk was just being a teenager finding his way in the world.” says the words of Glen Matlock, also known as the man who was at the start of The Sex Pistols, forming the skeleton of songs that would later be known as ‘God Save the Queen’ and ‘Anarchy in the U.K.’.

The Sex Pistols formed a blueprint that many bands followed. A culture was soon borne out of that; a punk culture that bred its own ideology and a way of life for its followers to emulate. Punk rock no doubt started in the US; The Stooges and Richard Hell, along with many CBGB bands, were ultimately the forefathers which were the inspiring start points for UK bands to start with. However, while the US bands were cultivating an underground music scene complete with DIY aesthetics, a band like The Sex Pistols were the ones using their music as a weapon in the 70s. And ironically, their manager thought it was a great way to make money, according to Matlock. “Malcolm said a very good thing about the Sex Pistols. This was after I joined the band. I asked him ‘What is the Sex Pistols all about?’ and he said ‘To make as much money as possible with as much style as possible.’” 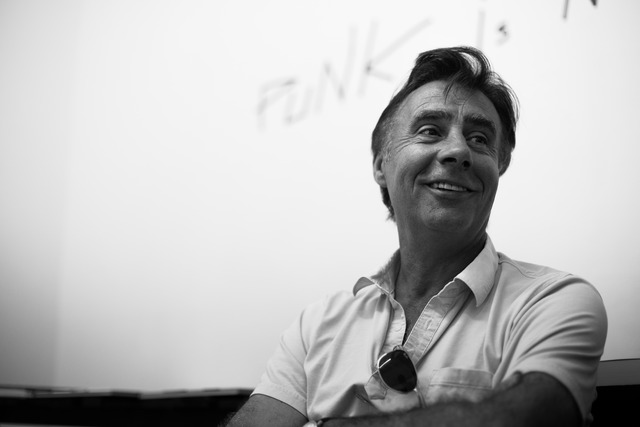 Fast-forward to 2014. Punk has made a huge effect on many facets of pop culture, not forgetting the most important part: music. But of course the entire culture of punk spawned its own fashion by embracing DIY. Funny thing is that the DIY street aesthetics of punk fashion has inspired haute couture; the breeding ground for high-class fashion labels and designers. One such designer is agnes b., a designer hailing from the affluent French city of Versailles. The marriage of agnes b.’s high-end line of clothes and punk’s iconic fashion style, which was conceived as ‘anti-fashion’ in the first place, may seem like an affront (some may argue it is) but it goes to show how styles are dissected and taken apart by the people outside of their culture. 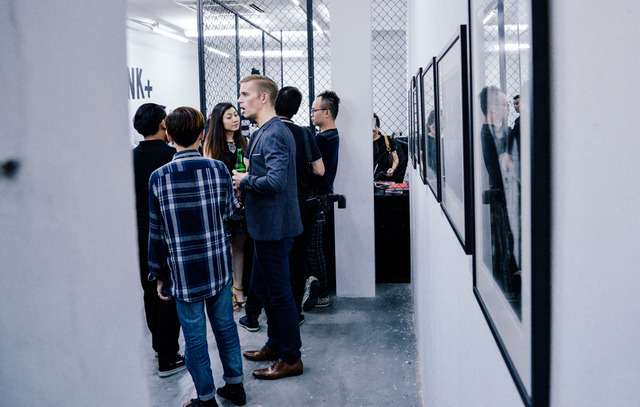 agnès b. is celebrating punk as she sees it with an exhibition showcasing the works of Sheila Rock, a talented photographer who happened to be at the right place and the right time. At the cusp of punk rock exploding in the UK, Sheila was there to document the people behind it: John Lydon, Siouxsie Sioux, The Damned, Sid Vicious, The Clash. It’s an examination of the movement that would impact generations to come and it captures the very essence of movements like theirs: the attitude. However, the night itself was mostly a celebration of only one aspect of punk, which is the fashion. But that's expected from a fashion brand of course. 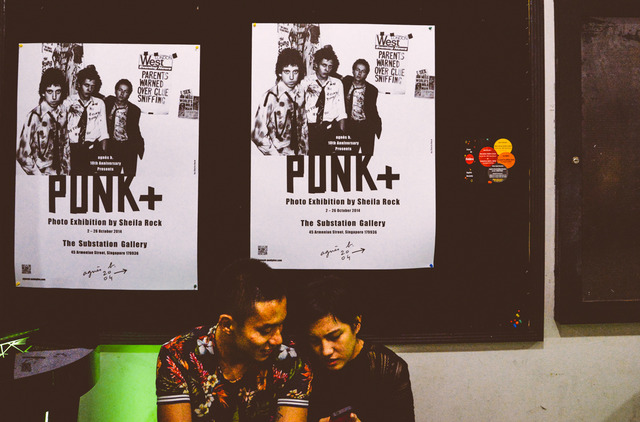 It becomes a looming question if “borrowing” a part of a cherished culture becomes nauseating and even offensive, or just part of a cultural appropriation that’s naturally unavoidable? It’s easy to say the agnes b. exhibition goes against everything punk stands/has stood for. But then again who’s to stop them? Punk has been around for a long time and it has had such an immense impact on modern culture that it’s bound to be absorbed by outsiders. But that’s where punk evolves. Its meaning evolves into something that’s up for interpretation. Some may say it’s fashion. Some may say it’s an attitude. Some may say it’s the music those damn kids keep playing. But some consider it a lifestyle.

Despite what you may think of agnes b.’s assimilation of punk, the exhibition is still worth a visit. This is a woman who was right smack in the middle of this unassuming birth of an exceedingly influential and important movement. Instead of being outrightly jealous of her luck (believe me, I am), her pictures paint a fascinating narrative of a group of people building themselves up to change rock and roll forever. The series of photos also remind us of the people behind the movement weren't concerned with the term 'punk', because it didn't really exist to them. They were just being themselves. And that's maybe the most punk thing you can do.

agnes b.'s PUNK+ Photo Exhibition is open to the public and will run until 26 October at The Substation Gallery.