Where do they find these places?

First a basketball court, and this time a lawn. But this obscure places thing goes in line with the Fred Perry Subculture brand. Held as a platform to showcase emerging music, the Sub-Sonic Live events also fuses live music and club culture. No more dancing to pre-recorded music, it is all happening live.

Half-surrounded by the Fort Canning heights and the other half facing Clarke Quay, it seemed a little strange at first to be so close to the road. I felt guilty for shunning a suggestion the night before, to bring a picnic mat to the event. Thankfully, the organisers were as thoughtful as my friend who made the suggestion and ground mats were handed out as freely as the 42 Below cocktails. Generousity, +10.

Charlie Lim’s “Hello hipsters” at the beginning of his set pretty much described the crowd who that night. A little bit of nonchalance, a lot of supercool, and seriously a lot of button down and polo shirts. But no making fun of hipsters tonight, there is also the music we should talk about.

Prior to the event, we asked the musicians to compile a playlist of ‘Fred Perry-esque’ music and what we got was a lot punk, ska, even Oi! music – music from the Mod and Rockers era that Fred Perry was synonymous with. Deviating a little, this Sub-Sonic event was a return to basics – intimate, no drums allowed, and strictly acoustic. And do they have the perfect lineup for it. 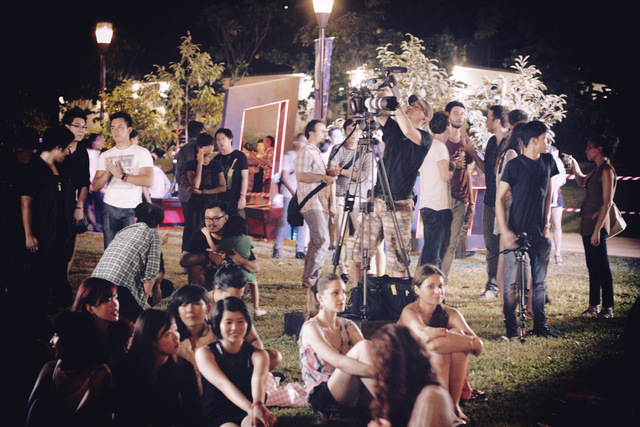 Local rock royalty, Jon Chan was first to impress. We know him better as frontman of Plainsunset, often rocking it up on stage but none of that tonight. Diverging from the usual, he performed an acoustic set with some heartfelt tunes and pulled it off effortlessly. Singer-ukeleleist Weish caught the attention of many with her treatment of looping her own vocals to form an ethereal choir.

And when everyone was getting a little mellow, Pleasantry hyped up the festivities with some danceable folk tunes. Whipping out the ukulele, a little clap-along happened in the set, they were delightful. Pretty lights and smoke machines contributed to their excellent set, it was the best I have seen them so far. Charlie Lim and his supersmooth vocals was the penultimate act for the night. Besides charming the crowd with some choice covers (autotune utilized correctly) and awkward stage banter, he definitely won them all with lush guitars and stirring lyrics. 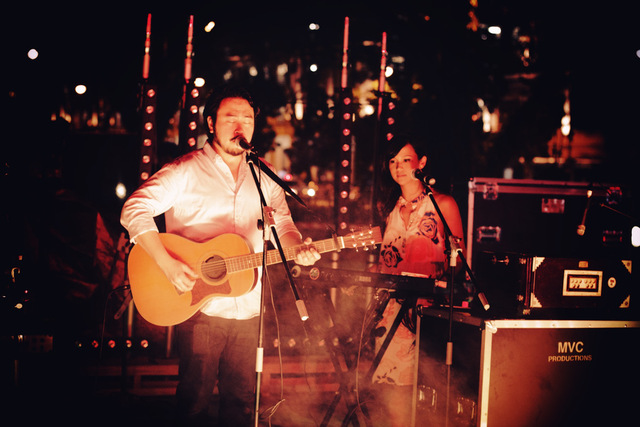 By this time no one really wanted the party to end so the promise of the after party was tempting as always. Unfortunately, the night had to close and also, the drinks were finished by now. So enter Nicholas Chim and special guests, Aarika and Kevin from funk/soul/hip-hip collective, Sixx to pull off a really unique collaboration. There were elements of mellow, rap and soul and Wu Tang Clan got name checked a couple of times so I’m sold. More upbeat and less Bon Iver than Bon Iver circa For Emma, Forever ago, some musical unions end up unexpectedly well.

Great, now we really don’t want the party to end.