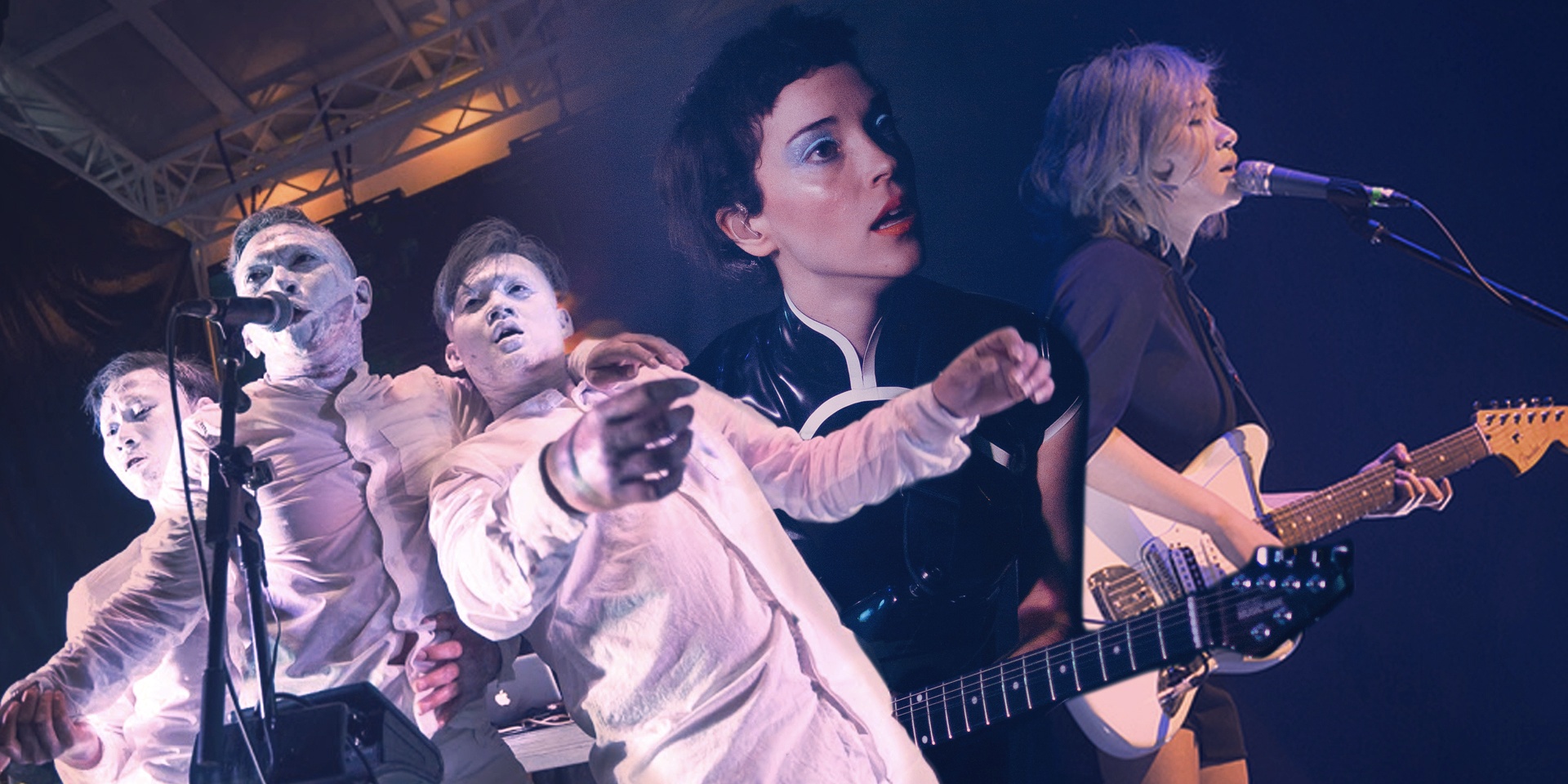 It's honestly staggering to think of all the shows that happened in 2015.

From the big festivals to the underground shindigs, we've seen many drop by and pull memorable sets off — who could forget the throngs of fans that crowded the Cloud Stage just to see Chet Faker perform 'No Diggity'? Or the triple-threat power of Inch Chua, Charlie Lim and a final set by The Great Spy Experiment in the Esplanade Concert Hall?

We could pull out a long list, but we've decided to trim it down to 12 outstanding sets that we had the ultimate pleasure of enjoying this year in Singapore. 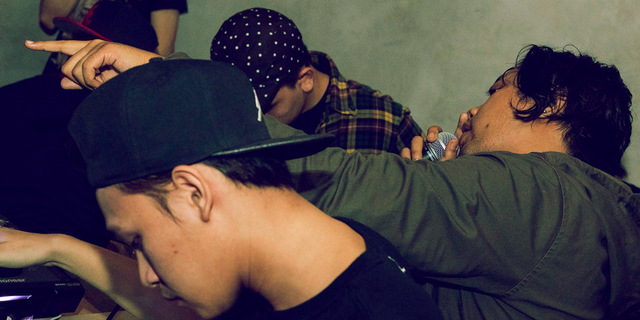 This amazing set by Woodlands’ finest wasn’t even supposed to happen. The famed Mean (of the XS Collective) was initially tabbed to play ‘HYBRDTHRY Live’ alongside G-PREME, Fzpz, Mediocre Haircut Crew and Audiomotive until unfortunate health issues got in the way. FAUXE quickly got Akeem Jahat as a last minute replacement, and what ensued was one of the most memorable sets we’ve experienced in 2015. Packed to the brim, the crowd was absolutely turnt for this rowdy performance, shouting back lyrics to tracks like ‘Ribena’ and ‘Woodlands’, making this one of the most immersive shows we’ve been to this year. 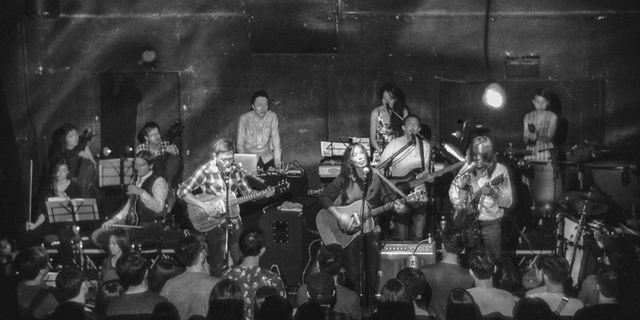 Hanging Up the Moon

Roping in a string section and additional help from members of The Observatory, Hanging Up the Moon were able to pull off possibly one of the grandest shows in The Substation in years. The band, led by vocalist/guitarist Sean Lam, fleshed out the intricate folk rock tunes off Immaterial to spectacular results — the only thing you would've wished after the show was for a bigger hall, and an even bigger audience. The band deserved it. 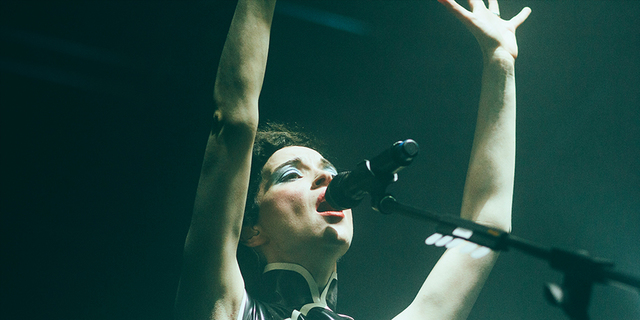 From a promising singer-songwriter to one of modern indie rock's most distinguishable icons, Singapore has also had the pleasure of watching the exciting growth of St. Vincent in person — her debut local show was at the 200-pax Esplanade Recital Studio in 2010, and here she was headlining Laneway Festival in 2015, hosting 12,000 festival-goers in attendance. And she did not take the honour lightly, delivering her Byrne-esque oddball theatrics that she adopted after 2010, performing new and old songs with the grace and aggression that we've loved about her since Day 1. 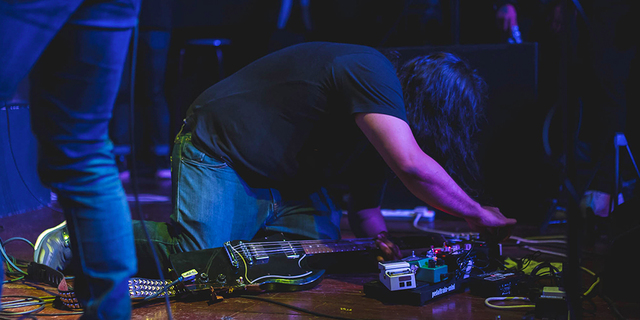 "...the enormous-sounding I Am David Sparkle previewed unreleased tracks, and the generous amount of songs performed provided a glimpse into the band's newer creative vision — one that's unflinchingly apocalyptic and packs a huge punch sonically, applying heavier guitars and slower tempos that sound joyously vicious. So vicious that in a climactic section of 'Patioca', guitarist Djohan Johari smashed his guitar in a fit of wild abandon, permanently damaging it." Read the full review here. 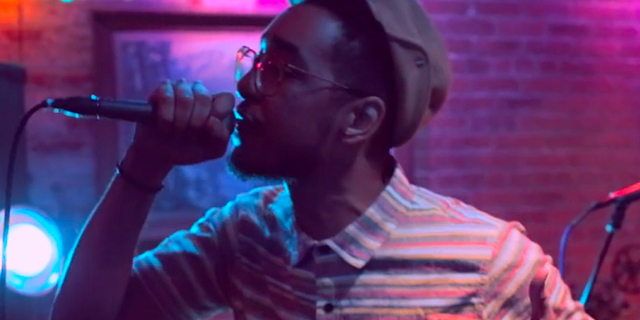 Oddisee’s worldwide tour in support of latest album, The Good Fight, saw him play over 70 shows within a three month span, and Singapore was his 60th-something gig on that circuit. As exhausting as that schedule must be, it certainly made Oddisee’s performance one of the tightest live rap sets in recent memory. His flow was unimpeachable and his stage presence was magnetic, and the crowd at Kilo Lounge was entirely enrapt. Kudos to Tom Shellsuit and Sideshow for putting this one together! 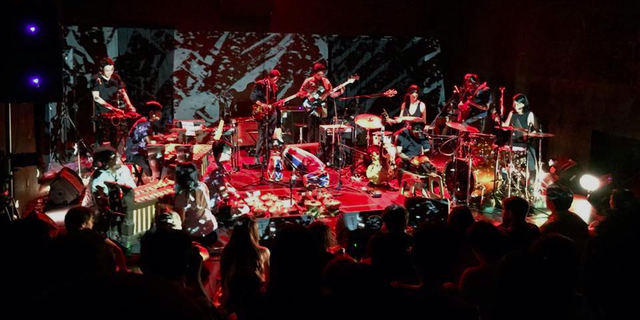 Just like their friends in Hanging Up The Moon, experimental rock band The Observatory had the gargantuan task of performing the seamless, Balinese-inspired album Continuum with a carefully-selected ensemble. Yet, with the album's trance-inducing rhythms and sparkling instrumentation, their performance seemed almost effortless. With a career that's spanning more than a decade, and still possessing the same genre-defying traits we've come to love about them, The Observatory continue to prove yet again that they're a truly formidable force in Asia. Here's how the band pulled it off on record. 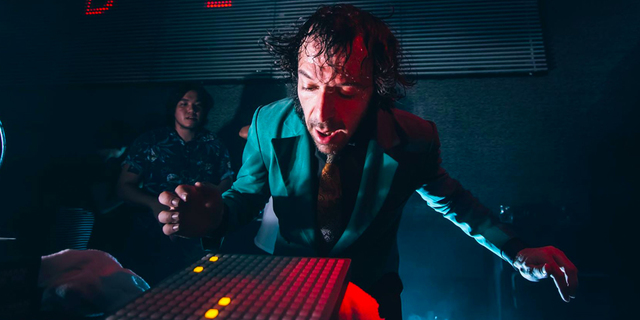 We’ve been familiar with Daedelus’ oeuvre ever since his early work with Ninja Tune, so we figured we knew what we were in for — lush sonic tapestries and jazzy, cerebral IDM was probably on the menu right? Wrong! We’ve been so immersed in his production work that we forgot that the man can throw down in the club with the best of them. Here, Daedelus showcased the hip-hop DJ side of his personality and he went hard in the paint — restlessly going from trap to footwork — making for one helluva sweaty dancefloor. 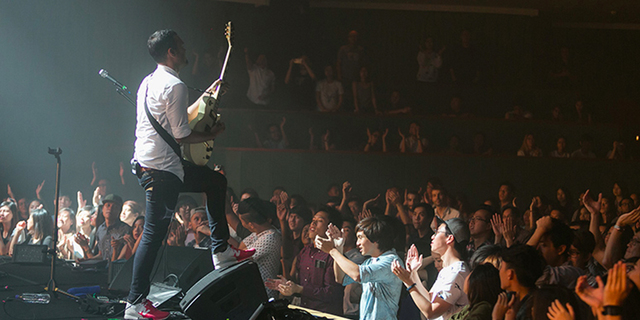 "The monumental gig was not only the first to showcase a purely local lineup at the grand Esplanade Concert Hall, it also featured the comeback of eminent singer-songwriter Inch Chua, the last ever set of renowned rock greats The Great Spy Experiment along with the official launch of the long-awaited double EP Time/Space by multi-instrumentalist virtuoso Charlie Lim." Read our full review here. 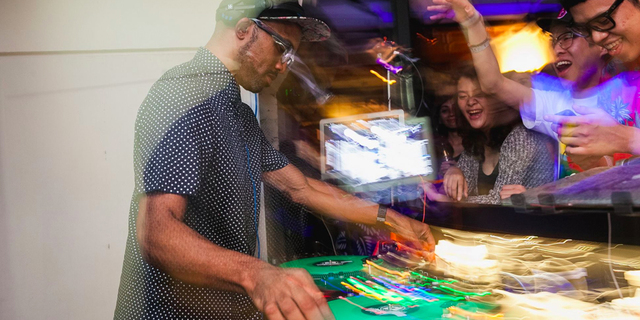 Easily the craziest DJ gig we’ve been to in 2015. Although we had reservations about the size of the venue, Gem Bar’s intimate surroundings provided the perfect vibe for this show. Set up perfectly by Drem (Matteblacc) and RAH (Darker Than Wax), the inimitable J-Rocc proceeded to play a legendary three-hour set that spanned everything from old-school hip-hop to percussive tribal-house. We couldn’t stop moving for the entirety of his show, even getting caught up in mini moshpits during Wu-Tang Clan’s ‘Ain’t Nuthing ta Fuck Wit’ and Beastie Boys’ ‘Intergalactic’. 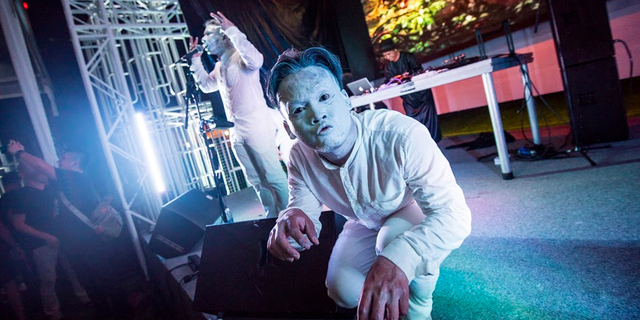 Syndicate, Singapore: Inside Out

More than other musicians on this list, we’re ready to christen NADA as the live act of the year. Every show they play is just absolute madness, center-pieced by Rizman Putra’s boundless energy, animated theatrics and face-painted wackiness, alongside Safuan Johari’s (Max Lane) use of vintage Malay and Peranakan music to recontextualize his modern beats. But as great and nutty as all their shows are, this particular Singapore: Inside Out performance was especially dynamic due to Rizman’s equally dexterous pair of back-up dancers, and healthy crowd participation. As they say - “don’t hate, just joget.” 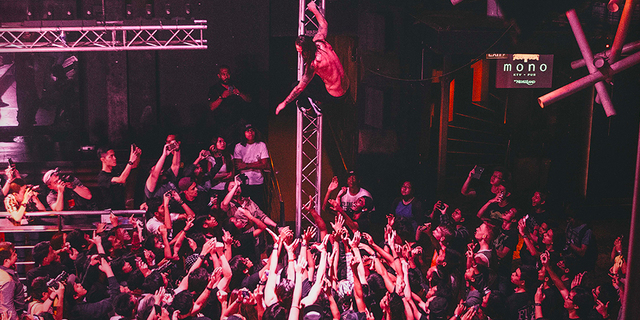 "As with the sense of familiarity at most metal gigs, there's always a moshpit and the Singaporean audience amped it up from the first song. Invitations for circle pits, climbing on steel pillars, dashing through barricades — While She Sleeps do not sleep on providing a highly-engaging live show." Read the full review here. 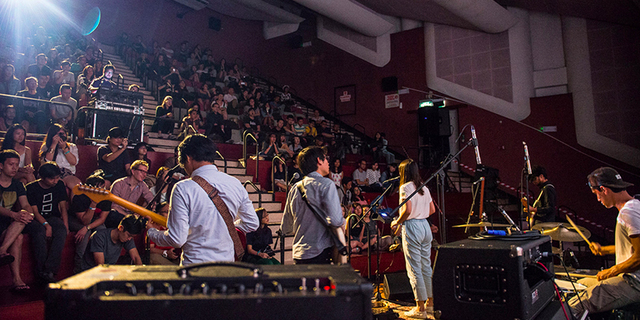 "Watching them, it's not hard to see why they've garnered comparisons to Canadian indie rock stalwarts Broken Social Scene and Stars, two bands Pleasantry have expressed much love and respect for. Characterized by clean guitar lines, dreamy melodies and intricate arrangements, their songs are expansive yet intimate, polished but not clinical..." Read the full review here.