At exactly 7.30PM, a modestly sized piece of fabric with Yuna’s name on it dangles in the center of the stage, while her band members occupy their position in a semi-circle outline, Yuna glides to her seat on cue, without properly addressing the crowd, she immediately breathes life into the microphone.

Picking ‘Coffee’ as her opening tune was an unmet surprise, the crowd semi-hesitating unanimously decides on remaining in their seat, shoulders forward and eyes focused as Yuna lulls the crowd in a heavy but not lackadaisical state.

Her next song ‘Falling’ signals for a different change in the air, her arms flail in the air and the crowd looks for the better. But it must be said that her lyrics are noticeably not the most witty or sophisticated sort, “Well, things were bad, she was in despair/Well, things were bad and you were never there.” But isn’t there a saying by the great Joaquin Phoenix, that in simplicity there is truth? 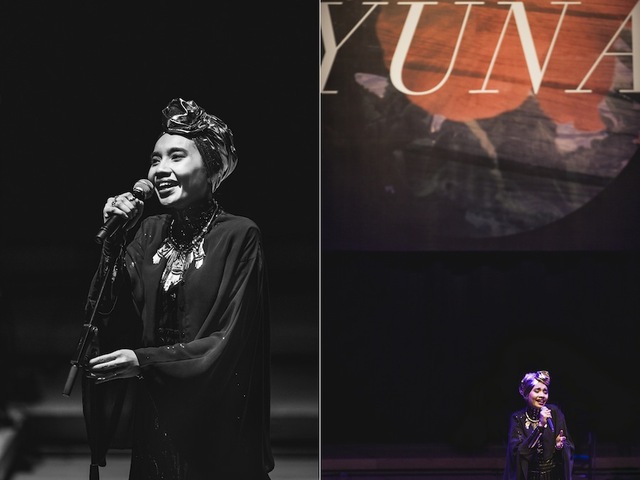 For the other brothers at present, it may be difficult to find Yuna’s lyrics relatable or identifiable but it definitely helps that some of her numbers are dance-worthy ones.

In “Mountain”, the second song off her latest release Nocturnal, the beat is refreshing and energizing much like a tropical Maitai with a refreshing twist at the chorus where she croons both lead and backup with little air in-between: “Are you still having fun, while I’m still waiting, waiting for the mountains to fall.” A notable backstory to “Mountains” was Yuna revealing the real hero remains her label Verve for insisting she not leak the song under any circumstances after her excitement took over while recording the track.

And it is at the Esplanade Theatre that Yuna feels most in her skin, she belts titles from her native tongue and connects with her audience in an informal manner with Malay and English phrases peppered in. 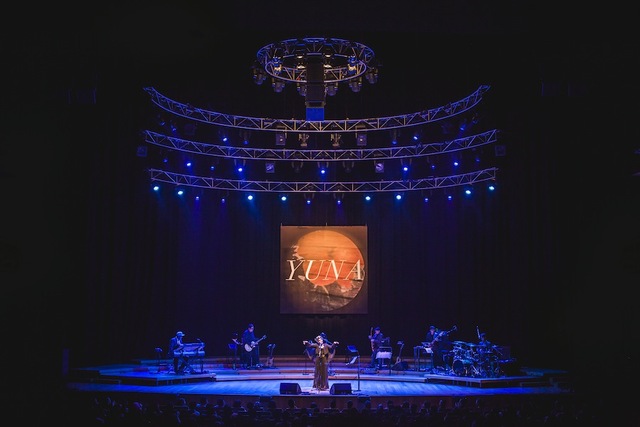 Compared to the set she performed on her US tour, which consisted of a strict English selection, this brand new mix rejuvenates her stance as not only an international artist but also cements herself as a successful regional one too.

Wan Phing, a Malaysian fan thinks she’s an excellent role model not just for Muslims but Asians as a whole, explaining her decision to don the hijab even after entering the international market is downright commendable. And the additional inclusion of Malay titles shows that she knows how to please a crowd and not to forget her roots.

But speaking to fans at the venue, I realized there has been wide criticism over superfluous matters like her dressing, her interracial relationship and her current stance on religion. But Yuna hasn’t let that put her down, in ‘Lights and Camera’, Yuna portrays a hidden side of hers that most people actually overlook, the dreamer who stands against the crowd is forced to put her issues and fears back in her shadow under the glaring spotlight, all this under a very raw and emotionally heavy track which dabbles in the audience’s empathy chord like play dough through a toddler’s fingers.

Beneath the vibrant colored hijab that she dons, lies an innovative mind that has the ability to charm and enthrall with her stories of life and heartbreak. But state lines aside, there’s one thing for sure; there would always be space for yet another Malaysian artist in our hearts (Siti Nurhaliza aside). 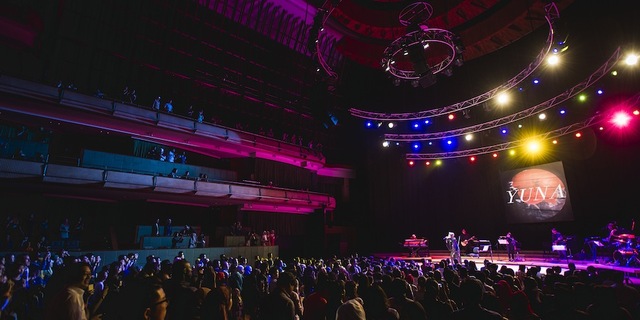