If there's one thing that characterises Singapore, something even the influx of tourists passing by would immediately notice, it is the immersion of races that makes our country a diverse melting pot of united cultures and languages. That statement is a wee bit too sentimental (okay, very sentimental), but we must remind ourselves that we're definitely fortunate to not have a fraction of what people are facing in places like Baltimore. Surprisingly, that hasn't been reflected specifically in popular music; a true celebration of what we have as neighbours in the same microscopic country we call home.

But with the year-long festivities surround SG50, the idea is finally being put forth, personified into a five-track album titled Sing, Love. Announced as part of the local music industry's way of commemorating 50 years of Singapore's sovereignty, the songs included in the ambitious record will feature all four of our country's major languages: English, Mandarin, Malay and Tamil. All five songs will be accompanied with music videos.

A significant factor of this celebratory album are the numerous collaborations between the seasoned industry veterans and the new blood of musicians, who've been making waves in the past few years.

Making up the musical strength in the project are Stephanie Sun, Sezairi, Jeremy Monteiro, Corrinne May, Rani Singam, Jimmy Ye, Liang Wern Fook and Chen Jiaming. As for the younger musicians, they're made up of headline-makers The Sam Willows, ShiGGA Shay, Joanna Dong, Nathan Hartono, THELIONCITYBOY and Charlie Lim. 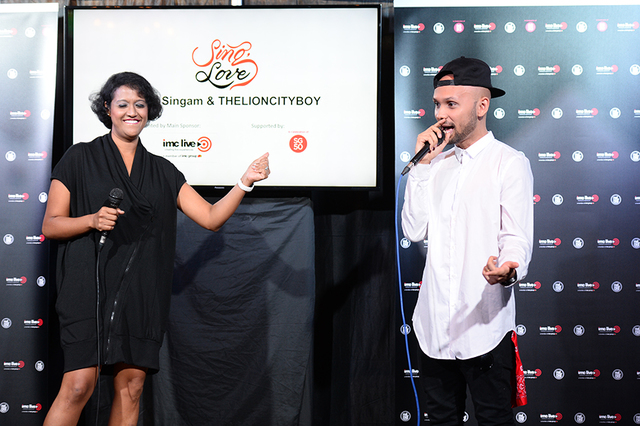 The executive producer and creative director of the musical project, Ruth Ling, explains the meaning behind the album: “As Singapore traversed through time to become the globally-known little red dot, music also played a significant role in introducing Singapore to the world. Over the years, local artistes who gained fame overseas have helped to build a bridge between the overseas communities and us."

With Sing, Love, Ling aims to devise an all-encompassing and poignant tribute to the country. "We hope that [the album] will touch the hearts of many more both in and out of Singapore, and rally everyone to celebrate Singapore's birthday together.”

The album will be officially launched on July 3, with a special concert at The Coliseum at Hard Rock Hotel, located in the heart of Resorts World Sentosa, featuring most of the artists who worked on the album. Sing, Love will be distributed in a thumbdrive and an accompanying magazine, with a total of 3000 copies available. Meanwhile, anyone intrigued by the project can also download it for free. The fifth track 'Starlight' is already available, while the rest of the album will be released one-by-one within the next few months.

We're just hoping they can launch a second album. We want to see Wormrot collaborate with Kit Chan.

Meanwhile, check out Sing, Love collaborators Nathan Hartono and Charlie Lim when they performed on our series, the Bandwagon Sessions.