It is to my understanding that Saves the Day and Bayside although sounding like opposite end of the spectrum in the Alternative and Punk scene has a lot of history amongst them. And after an extensive tour of North America in 2011, Snowbird Productions have done us one and brought both Bayside and Saves the Day together again in the cozy corner of Home Club to perform a one night only in all of Southeast Asia.

The result was like a congregation at a United Nations meet, as the audience was a myriad of people from Australia, England, Malaysia and Indonesia aside from the local assembly. 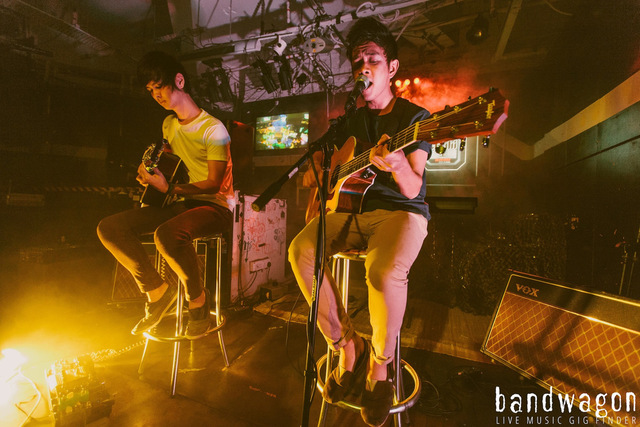 Teenage rockers Godzilla opened the night, straying from their usual riotous sets and this time, conforming to the acoustic theme of the night. They pulled it off quite well, warranting a mention from Anthony Raneri himself later on - “I have got to say Godzilla has got to be the best band name ever.” The second opening band slot belonged to Singapore-based Welsh one man band, These Brittle Bones aka. Chris Jones, his age proved to be no measure of success with his signature genre of 'gloom folk' a surprise to most present at the venue. Albeit no stranger to Home Club, his Michael Cera-esque shyness shone through at times while he showcased his new single 'Flecks'. But mark my words, These Brittle Bones will not be leaving the spotlight anytime soon.

Anthony Raneri, front man to post punk outfit Bayside, did more than brilliant with a simple set up of his sole ebony guitar and a generous pitcher of water. The show went without a hick, Anthony’s voice was matchless as he sounded on the acoustic EP put out six years ago. Although I had two matters of contention…

The conversion from a full backing band with Bayside’s tough gritty guitar work to going solo, something was going to be compromised. It left a vacated hole for those who came thinking they were to see Bayside. But with a little help from the crowd who helped hum the lead guitar parts out, his provisional work were acknowledged with open arms.

The second was the missing fan-favorite, ‘Don’t Call Me Peanut’, from the extensive set list, the ballad which tugged on strings of the heavy-hearted and brought instant gratification to the mainstream crowd. 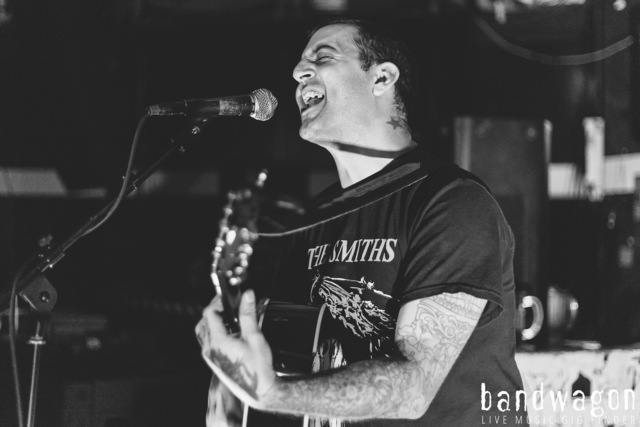 Besides shedding out his solo material and a foot trail of Bayside’s archive of hits from 2004, he ventures into unknown territory with a surprising attempt of ‘Only Hope’, from that Nicholas Sparks film, A Walk to Remember and Death Cab’s ‘I Will Follow You Into the Dark.’

His expression on stage was proof that he was having a ball of a time as he assumed the role of observer while jangling out tunes, calling it hands down the “best job ever”. From his tweets upon touch-down, “Bacon and egg on a roll in NYC for breakfast, sushi lunch in Tokyo and satay for dinner in Singapore.”

Not forgetting inspirational, like a pastor to a Sunday crowd, Anthony had an anecdote prepared about being advisory to a soldier of the US military. “Just follow your dreams,” was his word to the wise without realizing he had just planted a seed of doubt in him. The trooper came back six months later informing him he went AWOL on the army after taking his advice and had never looked back.

Even though both sets of audiences were divided, both artists were both well represented. Over the course of the night, there was no compelling dancing or raucous head banging. It was replaced with loud sing-a-longs and a sense of instant camaraderie and everyone was perfectly fine with that. 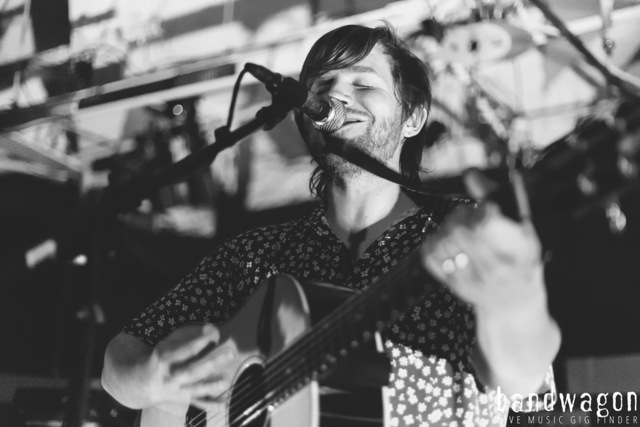 Taking a step off from his ‘Saves the Day’ days dress-wise, Chris Conley took to the stage in a flowery hippy short sleeved that looks mismatched on him but musically wise, he is still the captivating and yet enigmatic front man with an angel of a voice from Princeton, New Jersey.

Before the show, Chris has stated in an phonier with The Straits Times that he was ditching the set list and allowing the audience to dictate how the night will turn out. It was a brilliant decision. From the rarely heard ‘Jodie’ to MTV Favorite ‘At Your Funeral’ the audience were bellowing out their choices and reveling with each time they were picked.

The night ended with ‘At The Funeral’ after repaying the Saves the Day faithful with songs written from when he was 18, but it is reassuring news as Chris announces yet another massive hang out hi-five session outside doors right after he packs up.

My guess is these are the blueprints to putting out an unprecedented acoustic show and I urge other promoters to follow suit. I know I speak for most, more intimate double-billed shows please!