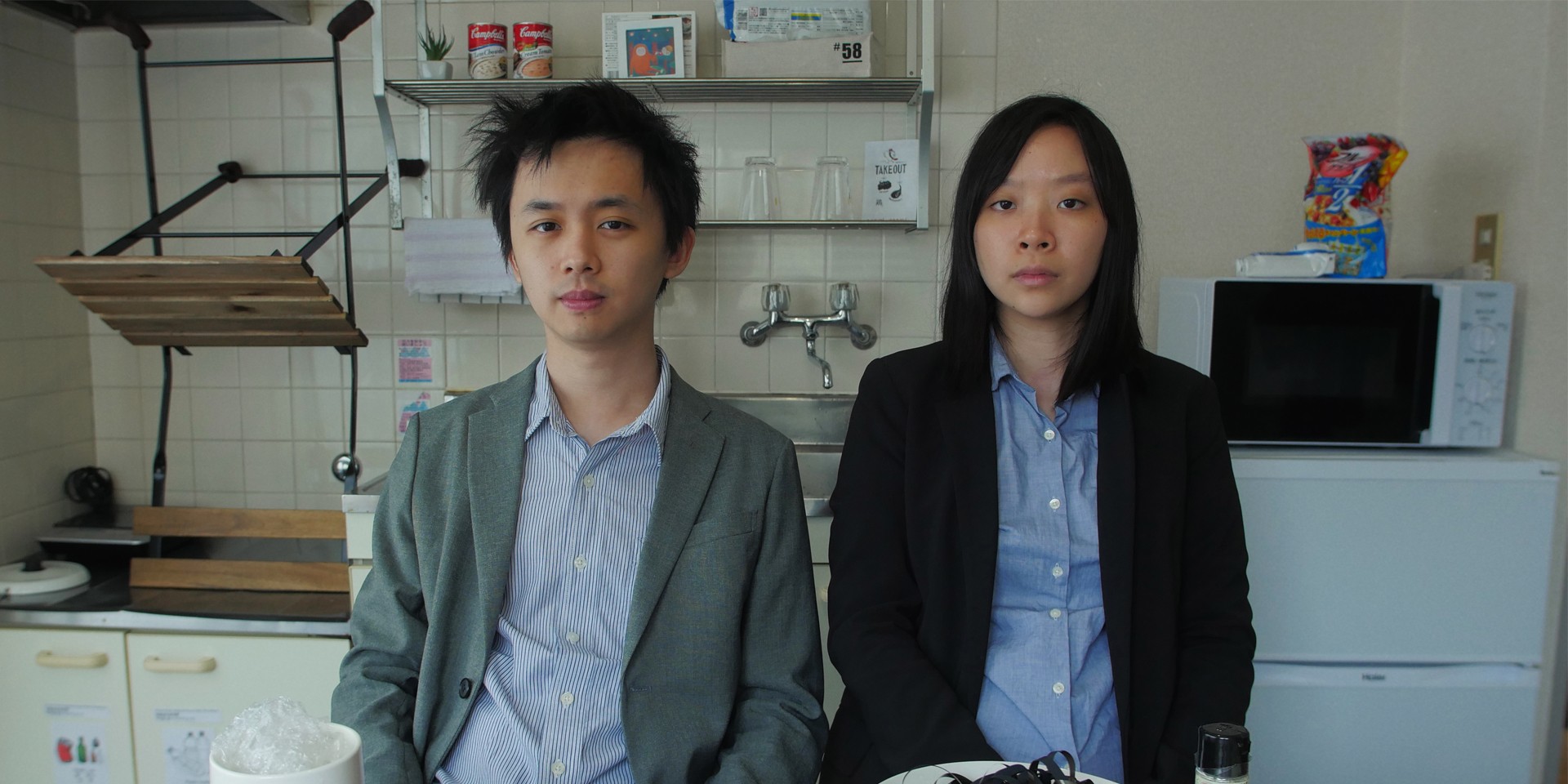 We live in a data-driven age of search engine optimization and digital music discovery, ​​​​where musicians are advised against giving themselves intriguing but SEO-frustrating monikers like The The and The Band. Against this backdrop stand Are, the Singaporean duo of Frank and Lily who make music in a sound project-slash-art rock band.

The seeds of Are were planted in Toride City, Japan, and the duo shuttle between Singapore and Japan, though they have also recorded in Iceland and Australia. It was in Canberra, Australia where they recorded their most recent release, Brick Lane in Winter, in a single session at Brick Lane with its owner, the artist Shoeb Ahmad.

Released late last month, the short, six-track album is enigmatic – insular in its fuzziness, but a shade less abrasive and inaccessible than their 2017 release The Circolusion Will Be Serialized. As a cohesive portrait of a single point in time, it also gives some indication of what kind of music project Are is – one that savours musical moments; one that cherishes what emerges from spontaneous collaboration.

We talked to Frank and Lily about Brick Lane in Winter, their music-making process and what's next for them. Check out the interview below.

The winter in Canberra was really cold, especially since we had just come from playing in Sydney earlier. The tap outside the house had frozen over the night and the winds cut right through our jackets in the mornings and evenings. Looking at the tap, our minds wandered to Mr Sakaguchi in Toride and the wondering, I think, paved some sonic roads when we recorded that evening in Brick Lane.

The album was recorded in a single session. How long was it, and what was that session like? Did you expect a full album to come out of it?

We started the session at about 8pm, coming back from dinner at a Greek restaurant on Genge Street. We went on for about three hours. Shoeb set up some mics and was on the drums. Lily jumped on the Hammond organ and Frank, the semi-hollow (tuned to some strange tuning). Being that we were on the Cannonball tour, we had been working with electronics and tape decks. So working with Shoeb on drums and producing some sounds with guitars and keys was so refreshing for us that evening. Shoeb would go “Start with something on the guitar and we’ll come in” and we’d jam out some sounds, playing off each other. Lily would find a cool sound on the Hammond and work something over the loops of the toy keyboard - to go between the 4 track-overdriven guitar and the boombox next to the drums. It was fun.

When we realised that there was quite a bit of material after the three hours, we figured we could release the tracks as an album. The essence of that time would be consistent over the tracks since it was all in a single session.

There are only lyrics for two tracks, and they’re both quite different – ‘The Days’ is much more stream-of-consciousness than ‘The Strangers’ which formally comes across more like a conventional song, with quatrains. And in both songs, Frank’s singing is hard to make out. What role do lyrics and words play in your creative process?

We like to think about the process as first a thought exchange and then a playing around. A getting to the least obfuscated version of truth.

Thinking about it now, we wonder if being kicked out of a graduate program for getting into a fight with his professor over the role of structure in truth finding (hurling the professor’s published poetry at him) is a possible reason for Frank’s penchant for looseness and play with form when it comes to structure in words and sound. Having quatrains over an improvised pseudo-structure. Using the words as a sonic and visual tool in recordings as a different process compared to presenting songs live. How do you get free while playing on the limits of freedom?

You’re both quite prolific as Are. What’s the decision-making process like when it comes to making and releasing new music?

When deciding on what to do next, we don’t really agree or disagree on what to do. It’s quite a smooth process for us since we live together and the direction of the sounds and their release are born out of our day to day.

The transport of ideas in the sounds and tracks are the priority for us and pristine quality is not so much our ideal.

The equipment and space that is available to us, along with the conditions and contexts (such as friendship or constraints), colour those ideas to make them what they are. We find that this way of working opens up many possibilities and it’s been great.

What’s next for Are?

We’re working on a new release at the moment and we’re hoping to put it out some time around August. We’ll also be playing a show with the new material at 042 UNION in Kokubunji, Tokyo on 15 June - with our friends at The Symbolic Order.

The experimental feature film we created on our Cannonball tour in Australia has also been selected to be part of the Straight-Jacket Guerilla Film Festival happening in August. It is the second half to the Cannonball release, a strange tale of our search for the Sunbathing Dog.

It features musicians from Australia’s experimental music scene and was made with great friends and artists from Singapore, New York, Japan and Australia.