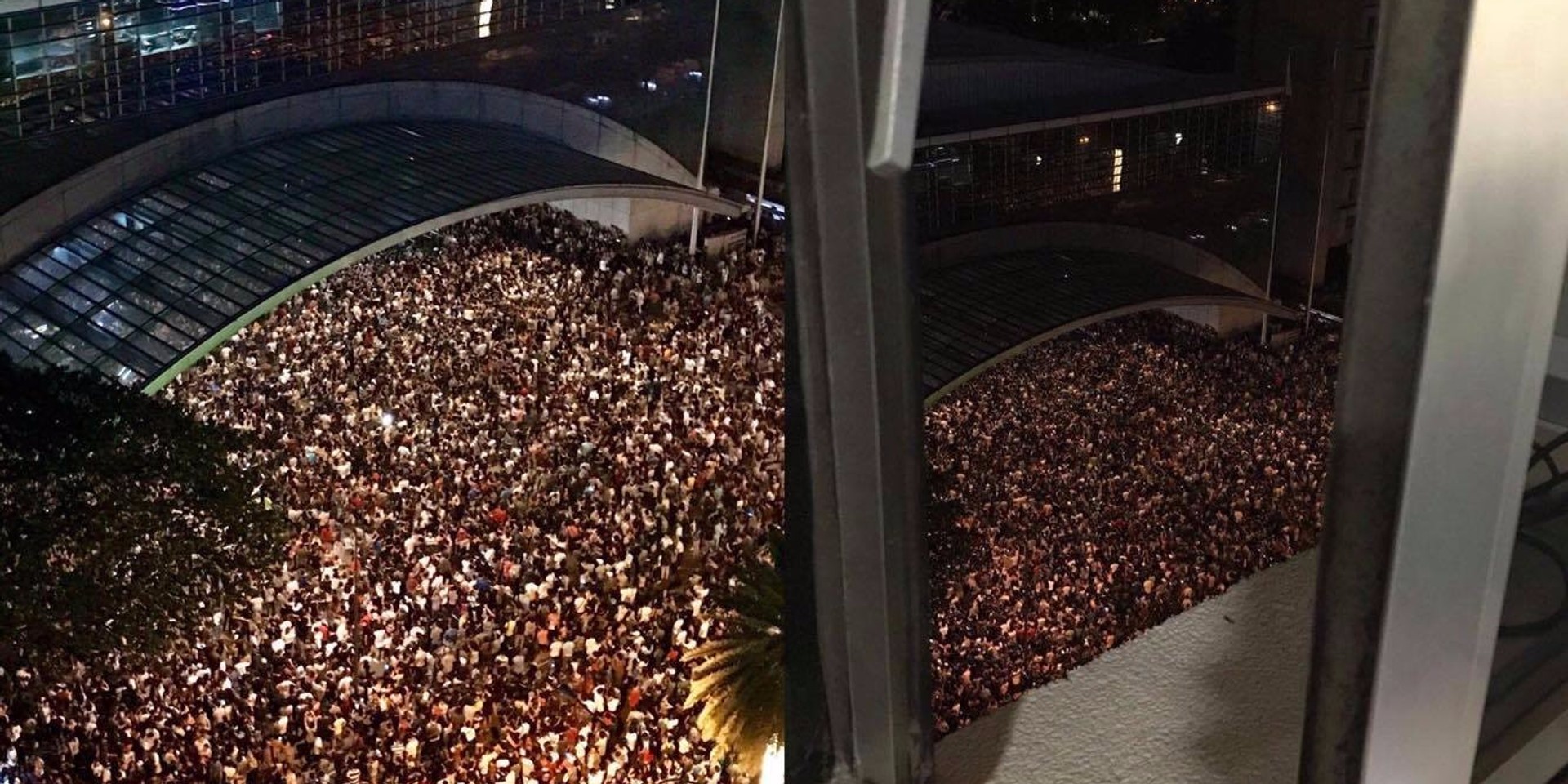 The ASEAN Music Festival, a free concert supposedly happening at the Ayala Triangle Gardens, was cancelled two hours into the show.

"For reason of public safety, we have stopped the show. People are slowly leaving the venue to go home. We are very sorry for the inconvenience. - ASEAN 50th National Organizing Council

Music fans flocked as early as 5 PM to watch musical talents from Southeast Asian countries perform. The number of attendees, however, exceeded the full capacity of the venue. From the expected number of 10,000 attendees, an estimate of 15,000 people showed up for the concert.

Thirsty #ASEANMusicFestPH goers reach out for a bottle of water. The air is hot and thick here at the Ayala Triangle premises. #ASEAN2017 pic.twitter.com/e8Mzl0XGkJ

The concert was also said to be cancelled due to the crowd's behavior which led to minor mishaps, such as individuals having difficulty breathing and being crushed by the crowd.

As of 9pm, concert has not yet resumed, crowd is more settled, barricades have been strengthened and the media/VIP seats have been removed for safety. #ASEANMusicFestPH | via @gretchenho pic.twitter.com/8I2QUsrRba

the show is stalled because people are standing on seats.

After Parokya ni Edgar, the first act of the night performed, the concert was put on hold as authorities asked those in attendance to settle down. A little after 9 PM, the concert was officially cancelled.

It was fun before it got disappointing," said Danielle Dawn Villapando-Reyes, one of the attendees. "Chito [Miranda] stopped singing halfway through the [Parokya ni Edgar] set because the people in the middle and in front were going wild. They continued playing, but didn't even finish singing 'Harana' anymore.

Venus Raj (who was hosting the event) appeared onstage and asked the crowd to behave, to no avail," she added. "A few minutes later, she went down from the stage. They turned off the LED screen, and we knew it was time to go home."

Artists expected to play at the event expressed their disppointment on Twitter, and wished for the safety of everyone who came out tonight.

It was a tough decision but all the artists understand. We all just want to support #ASEAN2017. #aseanmusicfestph

The #ASEANMusicFestPH is cancelled.
pls be safe kids

Head home guys, be calm be safe. Take care of those around you.

Thank you to the organizers of #ASEANMusicFestPH for inviting us to be part of tonight's gathering of ASEAN music artists. We hope to work with you again soon.

This is a developing story. Stay tuned for updates.