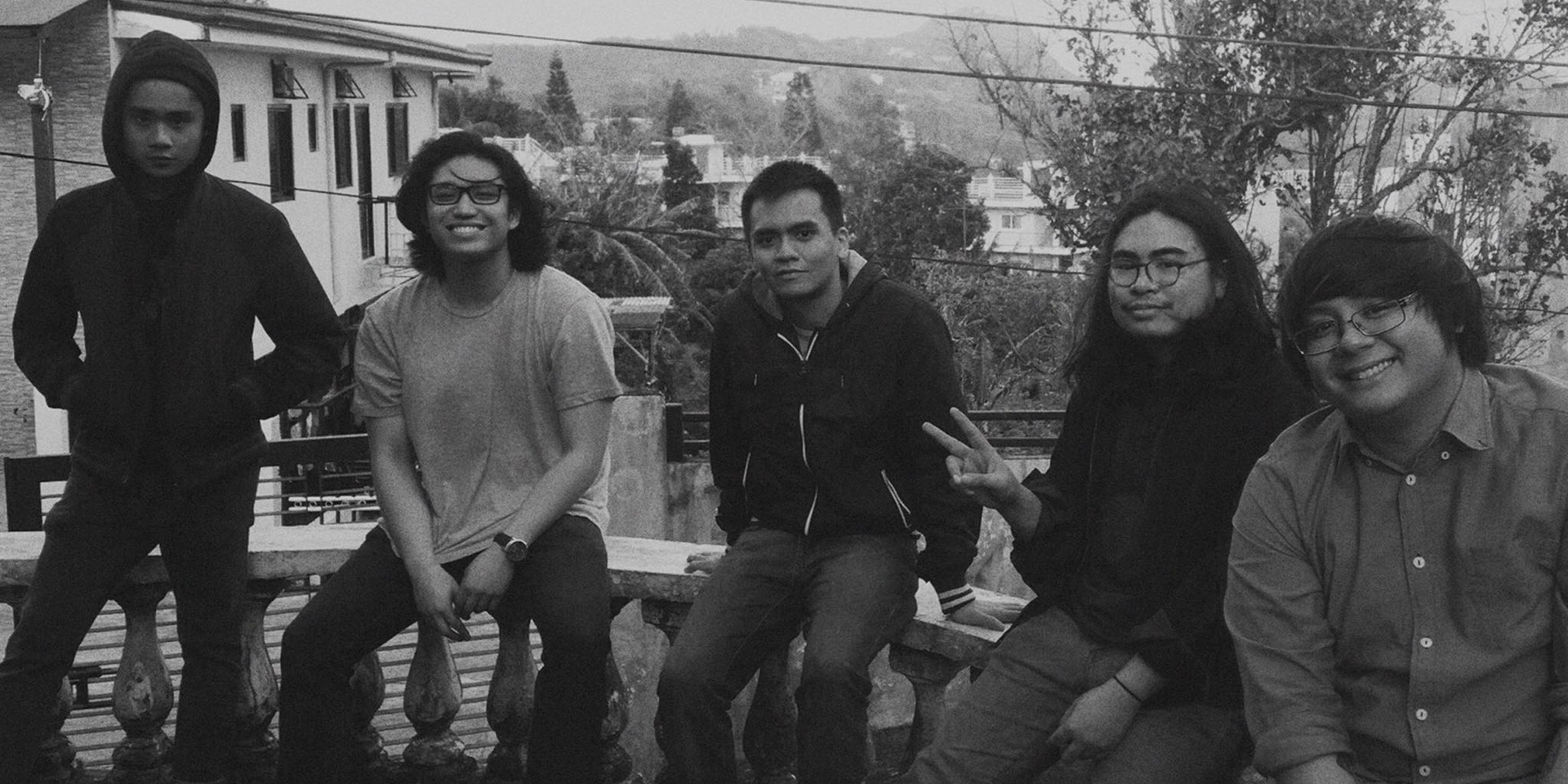 Indie/garage rock outfit At the Moment are set to release their new music video for single "City to Burn" off of their forthcoming debut EP on Friday, August 4 in Mow's Bar. Formed in 2014, the quintet have geared up with their new line-up and are currently working on their debut EP produced by Moonwlk's Nick Lazaro.

Watch the teaser below:

Why decide to make a political satire? Can you walk us through the conception and directing process?

Jao: It started at a gig where I told Vince that he looked like a mayor in his getup. I suddenly remembered my friend Jon (from The Strange Creatures) who had a political campaign poster made for him by his friends as a joke and that made me think of making the whole video a huge fake campaign for Vince. I didn't really think of it being some sort of statement or for it to have underlying themes. I just wanted to do something stupid; something tongue-in-cheek and easy enough to understand.

Eugene: I think we just wanted to have fun. We don't try to be political. Its just in our nature to poke fun at everything. The fact that we chose to theme it around corruption, though, says something about this reality we live in.

Vince: Fortunately, the whole band had no qualms with the concept as it was genuine as much as it was casual.

Aje: More than it being funny, I was on board with Jao's idea since politics is something everyone can relate to. I grew up in an area where campaign jingles would be playing on loop during particular months every year, and I know a lot of people who can relate to that. The video is not meant to represent real people, but I wanted to draw comedy from that familiarity.

Vince: Aje made sure that the whole experience went as smooth as it could be while wholly securing quality in itself as best as he knows.

Aje: I sat down with a lot of people, including Jao, to throw ideas back and forth. Once I finally had a narrative I was happy with, I started setting up meetings with Neil Bat-og and Julian Sayo, my cinematographer and assistant director, to discuss all the shots I wanted and needed. I’m not that sure how apparent it is, but I took a lot of inspiration from stuff I like such as Reservoir Dogs, the Godfather, music videos from Fidlar, and music videos by Warren Fu and Roman Coppola, amongst other things. It wasn't the easiest project due to time and budget restraints, but even so the result is something I’m pretty happy with (So do go to our music video launch on August 4!). I'm pretty grateful for all the people who helped me out during the process. I had to ask a lot of favors to make the video happen, and the list would probably be too long if I named every single one of them, haha.

What's it like working with Nick Lazaro, and how did that come to be? Are you working on the band's forthcoming EP with him?

Paolo: I met Nick twice before we started recording with him. The first time we met was through my friend Rai when she was sessioning for Moonwlk in a gig in Capitol Commons. We started talking about life in California where he and I were from and he mentioned he heard our band's single Home on the radio and had some ideas to enhance it. The second time we met, he invited us to record a song with him in his studio.

Aje: I was pretty excited when Paolo opened up the discussion. At the time, we were at a point where we were still in the middle of transitioning to the new lineup, and had more than half an EP we weren’t that happy with, already finished. Looking back, it’s probably one of the band’s lowest points. I guess already being familiar with Nick’s body of work, I felt that his contribution might be the change we need, and true enough, working with him has been very fruitful so far!

Vince: Right now, we are currently going back and forth into La Balls to finish our first and overdue EP. Nick is a genius; he has the perfect ear to listen and tap into an artist’s immediate intuition and to his/their true core.

Jao: He's a very hands-on producer. He really knows his shit, and he knoes how to iron out wrinkles in your material. He brings out something in a song that you might have never thought of or was there but wasn't fully developed.

Paolo: We really have to give credit to what Nick's been producing to trim and spice up our individual playing styles and most importantly the songs. And we've been really excited because of how the EP is sounding so far.

How's the EP coming along? What can we expect from the band in the coming months?

Aje: Can’t say that everything is happening according to the original plan, but it’s going pretty well, haha.

Vince: There are several major changes in our arrangements, sound, and most interestingly, our playing style.

Aje: It's sounding good, and I’m really happy that we’re finally working on it again, and, it looks like our listeners will actually get to hear it this time around.

Paolo: It should be out by this year or so if everything pushes through. We would really like to thank the people who've been waiting for our EP to come out and still haven't stopped supporting us. A big part of our drive is to create something really amazing for them and something we could be really proud of. Everything is coming into place with momentum this time.

Jao:  We're really pleased with what we've recorded so far and we look forward to playing more gigs. For longtime listeners of the band, expect something quite different from the past recordings.

Vince: Hopefully, we get more gigs after our music video launch: (if you’re reading this, book us!).

Listen to "City to Burn" on Spotify: