The Bandwagon Campus Tour is back for its third edition of 2018.

After two wildly successful editions at SUTD and NUS earlier in the year, the Bandwagon Campus Tour will be swinging by Temasek Polytechnic for a night of fun and music this October.

For the third Bandwagon Campus Tour of 2018, local festival mainstay and rock quartet Bakers In Space and funk band The Groove Gurus, who were finalists for this year's Vans Musicians Wanted competition will be treating those in attendance to their signature styles of music that have won them a legion of fans. In line with Bandwagon's mission to encourage original music-making on campus, they'll be accompanied by TP student bands: rockers Eunoia Rising, who performed at the Marina Bay Carnival earlier this year and pop-rockers Turning Point, who cite Panic! At The Disco as one of their key inspirations.

Check out Bakers In Space's music video for 'Mute' below.

Check out The Groove Gurus' 'Friends' below. 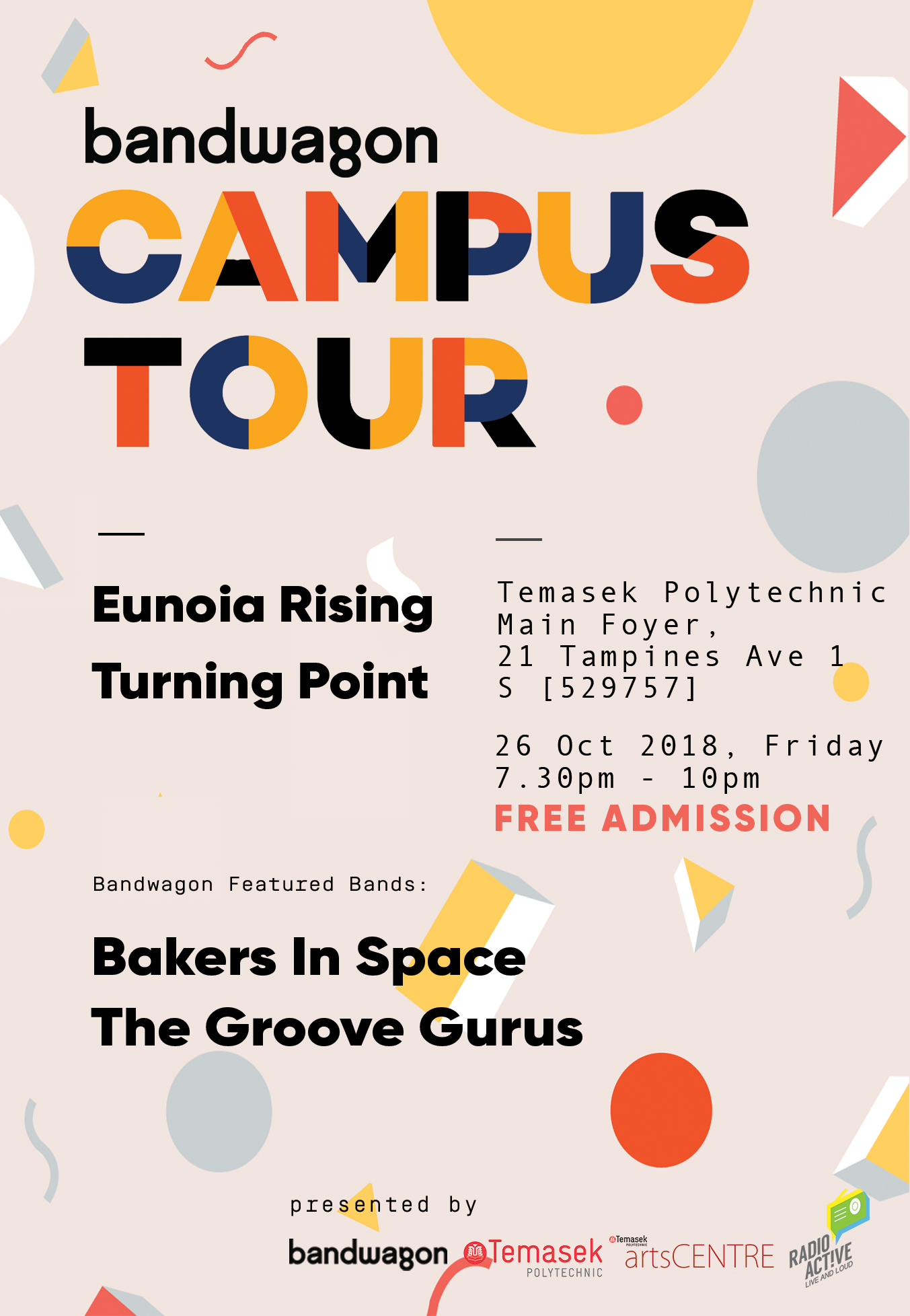