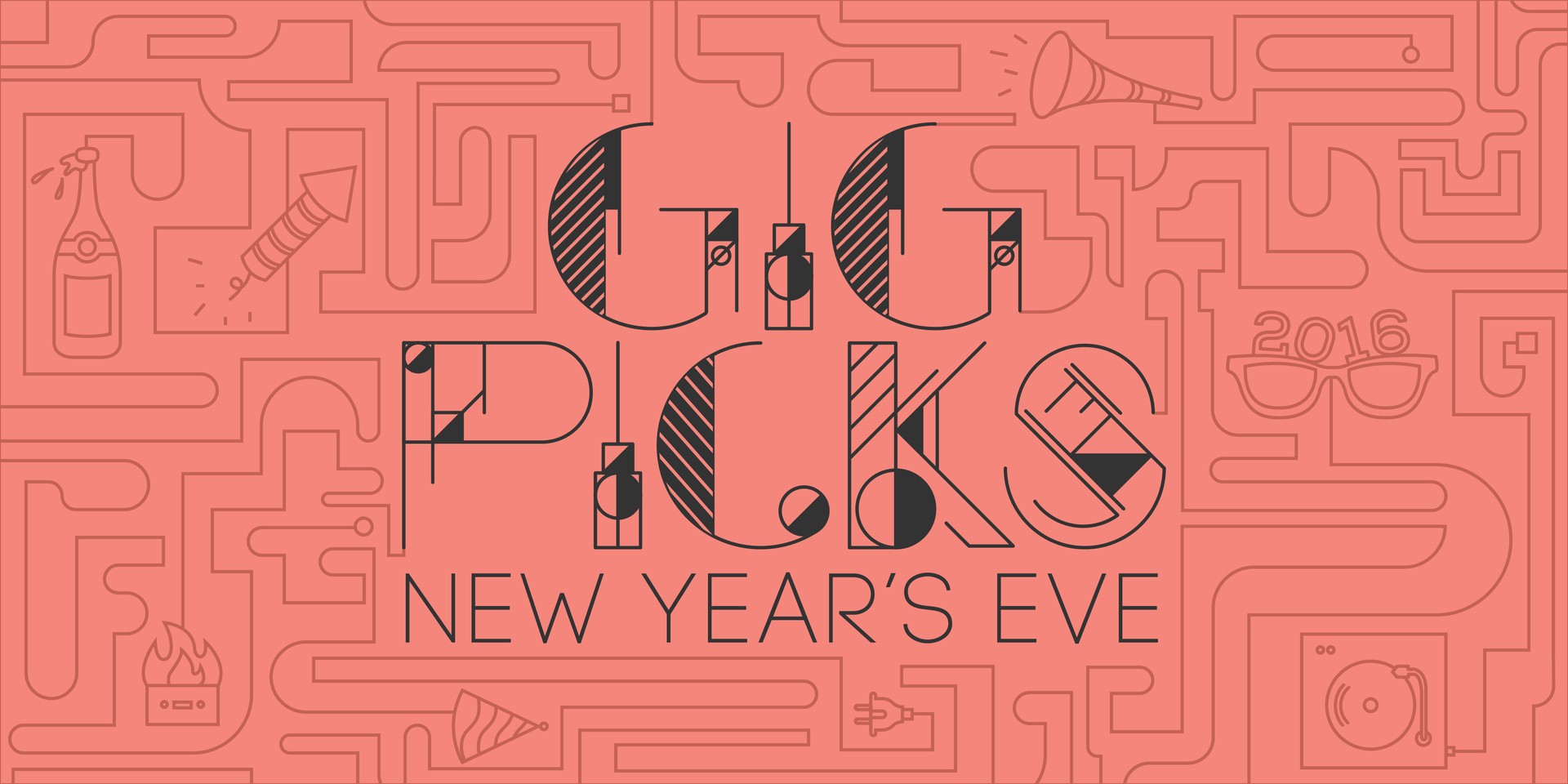 If you're not at home with family, watching Adam Lambert conservatively perform for a welcoming crowd at the Marina Bay Floating Platform, you'll probably be out hunting for the best party to usher in 2016.

No need to go the extra mile, here's exactly what you can't miss this weekend!

Usher in the new year with a Sideshow reunion (of sorts) at the newly opened Kult Kafe. The founding fathers of Sunday at The Training Shed, aka the Bamrah Bros (Aidan & Stew), will be joined by their Pushin'On cohorts in the form of Tom Shellsuit & Dave Code, alongside the one and only Ramesh! Expect lots of tropical-tinged funk, reggae, Afrobeat, house, drum & bass and more from 5pm till late. There'll be BBQ bites (edamame and chicken courtesy of Wings World Singapore) and plenty of cheap drinks to go around as well.

Good Times' annual NYE blowout is back bigger than ever! The crew will be taking over all three floors of Blu Jaz Cafe, offering up a mini-festival. Organized in conjunction with Dunce, Laneway Festival Singapore, ATTAGIRL and Phyla, Good Times NYE will be showcasing a humongous lineup featuring some of Singapore's very best live bands, rappers, DJs, producers and visual artists from 10pm till 3am. From rock 'n' roll to jungle, this party has something for everyone.

Our favourite music-centric izakaya will be turning their stretch of Haji Lane into an all-out street party, featuring lots of eating, drinking, dancing and making merry. They've rounded up amazing selectors to provide the beats in the form of Yadin (TECHNO / NOT TECHNO), Haan (kyo) and the returning Marco Weibel (Darker Than Wax) who's back in town from New York City for the holidays.

Kilo Lounge and the After Dark pop-up party series has given us some of the best nights in Singapore over this past year, so it only makes sense that they end 2015 in the same fashion. Featuring UK-based house music duo, Prok & Fitch, alongside After Dark's resident DJ, Oliver Osbourne, this one promises to be a four to the floor workout. This is also one of Kilo Lounge's last parties before they relocate to a brand new location the second quarter of 2016, so if you're looking for a final hurrah at Kampong Bugis, make this a stop on your NYE itinerary.

With all the turmoil going on in the world, Potato Head Folk looks forward to a more peaceful 2016 with their own NYE event! But besides their uplifting theme, the classy Keong Saik joint will also be offering up some upbeat UK Garage tunes to go along with the festivities. They've tabbed famed UKG outfit SōKO to helm the decks, so you know there will be a packed dance floor for this one.

Party 2015 away on the hippest rooftop in all of Chinatown with the folks from Lepark! They're planning to party like its 1999 because the theme for this one is, yes you guessed it, the 90s! Expect lots of (not-so) guilty pleasure boyband / girlband bubblegum pop tunes to accompany your champagne and sparklers, which sounds pretty awesome actually. Sometimes the only way to deal with the future is by looking back on fond memories, and for most us here at Bandwagon, there was no better time to grow up than the 90s.