After being away for so long, Arajua kinda faded away from our musical radars. We watched them play a few weeks ago at Homeclub in Identite 8.5, and that was when we remembered just how amazing they sound live. Of course we were thrilled to hear that their next gig was going to be a big one - a stint at the Esplanade Outdoor Theatre in Mosaic Music Festival 2013, which also happens to be the day when they release their much anticipated full-length release And The Waves Started To Disappear! We catch up with them ahead of the show and discuss art, the burgeoning post-rock scene and the significance of trees.

Hey Arajua! It's been a while since we've seen you guys. What have you all been up to for the past several months?

The last several months were hectic. Since two of our members are currently serving the nation, it was difficult to get together for a jamming session. But that did not stop us from writing new materials for the album at the studio.

You guys took a hiatus after 2011's Flickering Lights, Atmospheric Waves and are now back with new material and a whole new album - how did the hiatus help your creative progression?

Our hiatus was a productive one. During that period of time, we all had sat down to discuss ideas to compose tracks. Especially utilizing Ashek's and Fadli's music knowledge. It took alot of time and effort to bring out the creativity in us. 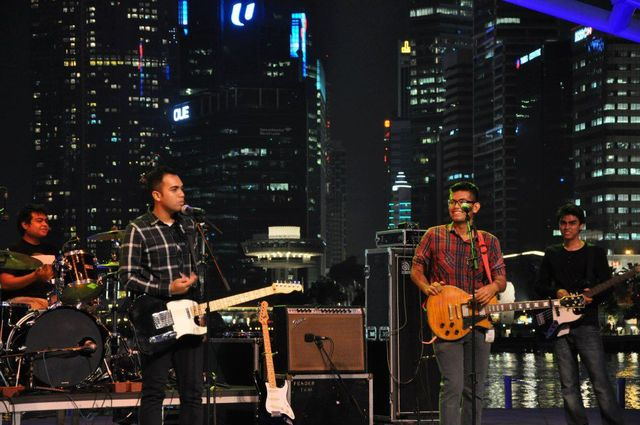 What has changed in Arajua's musical direction since the EP, and what can we expect from the new album?

It's more colourful, yet heavy. It's more abstract and complex. Also, expect a little more vocals in most of the tracks.

There's been a growth in the local post-rock/instrumental/ambient music scene in Singapore. What's your take on it?

There are a lot of amazing local talent here. It was hard at the beginning, because it was hard for listeners to appreciate music without vocals. But we always try to think broadly or convey that emotions don’t necessarily need to be expressed through words.

The whole idea is that music is a profound experience, appreciating every chord played and the emotions each member puts out with the feel of the music. And that is how the music will connect naturally to the listeners. Like an impression or an expression on an artwork or a piece of painting.

Hakim, what is the process like designing the artwork for Arajua? The music and the visuals always seem to fit perfectly with each other!

Usually after completing songs, I will review on how the cover art will fit as a whole package. I take photographs of nature during my free time. As you can tell, there are always trees in most of our artwork/videos. One of our albums is even titled Man And The Tree.

Just some history on what got me inspired in designing the cover art for our first EP Flickering Lights, Atmospheric Waves: it was a period of time where there were a lot of natural disasters happening, one of them being the tsunami in Japan. There was a tree called the 'Miracle Pine' that stood alone after that incident. I found that pretty inspiring.

As for the visuals, it is a primary thing for us. It defines our music. It's up to people what they want to interpret from it.

How important is art and visuals in your music?

Very important! It kinda feels empty without visuals. There's like a story to tell. Post-rock and visuals - they work together. Try watching any of MONO's videos or live shows, and you'll know what I mean.

If only we could implement visuals at the shows we play...

How does it feel to be making a return to the Esplanade Waterfront for another highly anticipated show?

We're feeling super excited and stoked. Also, it happens to be our album launch that night as well.

B-Quartet | Tomorrow Is Our Permanent Address

This band has been around for a very long time. We're all huge fans of B-Quartet. The fact that Bani Haykal inputs his literary knowledge to this album was mind blowing. 'Personal Space' and 'Kleptomania' are our favourite tracks. Unfortunately, they're currently on hiatus. Hope to see them doing a comeback show or something.

Everyone loves The Observatory. Their dark stage presence always leaves us breathless. One time in the studio,  we had the track 'Olives' on repeat for some reason. Greatest album from them by far.

This Icelandic band has inspired us in many ways with their theatrical musical elements and lead singer Jonsi's melodic vocals. Their music got us inspired to experiment many arrangements. Check out "Hoppípolla".

This album has many elements of sounds in it. There's post-rock, hardcore and minimal ambient sounds. Because of this album, it made us to write faster pace of music.

Explosions In The Sky | All Of A Sudden, I Miss Everyone

One of our core reasons why we started. Their guitar riffs in this album are minimal. They create suspense, and there is always unpredictable intensity in this album. 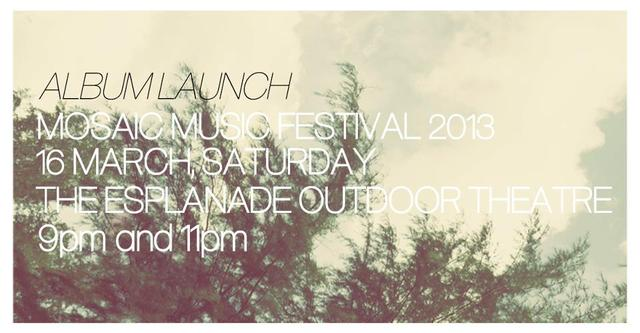