Kevin Lester is one eloquent dude. We know this from his music, we've read his thoughts on hip-hop in Singapore before and he has always been a strong and vocal advocate of the local music scene. This time around; and still eloquent as ever, we pick his mind a little on his new EP, Everything You Love, You Hate, being Singaporean and of course, his favourite albums.

What are you up to these days?

Back from Austin, TX for SXSW and Toronto, ON for CMW for performances at those festivals and a radio promotion run, I'm back home promoting the album. I'm also booked for a couple of festivals right now so it's great that they all coincided nicely with my return. I'm especially stoked for Music Matters 2013 too. The ideas, line up and panelists are exciting, it should be awesome. I'm also back in the studio working on some magic with FlightSch and working on other collaborations. I'll be launching a few campaigns for Everything You Love, You Hate do watch out for it. It's been nice and busy.

Firstly, you style yourself as ‘The Lion City Boy’, what is the most Singaporean thing about you?

I grew up in Ang Mo Kio, playing football barefoot under the block with my schoolmates from St. Gabriel's Secondary but if there's one thing I'd really have to pick though is my love for local hawker food. There's nothing like tasty Hokkien Mee from Serangoon Gardens or Maggi Goreng from my favorite spot in Kembangan. Whenever, we're abroad touring I seriously long for food that reminds me of home. I pack Maggi and 3-in-1 teh tarik, just to get closer, for real.

As much as I love what I do and I cherish every single moment. Singapore is home and that's why I bring her everywhere I go. You can confirm this with the rest of the team, I packed the Singapore flag in my suitcase just so we could lay it out in the living room. I'm not saying that I'm patriotic in a salute the flag kind of way but that keeps me sane. Reminding myself of who I am and to never lose that. 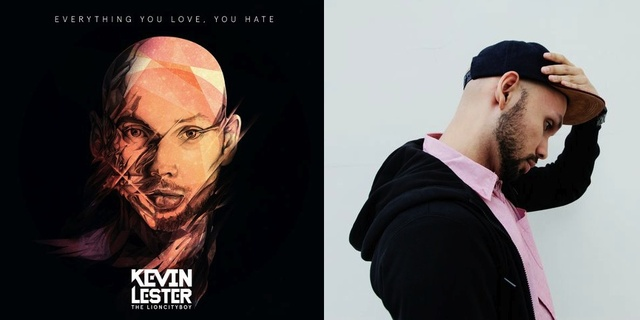 Tell us more about Everything You Love, You Hate.

It's my first conceptualised album, sparked off from a darker space I was in while writing. It just felt so natural to pour out memories and thoughts and soon enough I was listening back to these songs. Songs that were reflective and personal. I'm hoping the audience gets to know me, the soul behind the man that's jumping on stage in the bright lights.

The single 'Hear Me Go' is just so much fun to perform with the crowd, there's nothing like a sea of people bouncing as one. I'm so blessed to be in the position I am. 'Danger' is one of my favorites because I got to work with musicians I admire, respect and of course am a fan of. Working with Bani Haykal was such a treat, he's such a personality that you just want to vibe ideas and get his input. Sezairi and Aarika have possibly the best male and female vocals in this town. NO DOUBT. It was so natural to lay it down and without all of these beautiful voices the track wouldn't be what it is today.

Purchase 'Everything You Love, You Hate' HERE

How different is this EP from your previous work?

It's on a different planet. It's in a different universe. Sonically it's a departure from anything i've done before. Yet, it felt the most natural. I've got Trytoplay to thank for that. Alone he's got a different vibe but together we just clicked in the studio, everyday he'd come in and we'd shoot ideas back and forth, write and rewrite until it was perfect. It took that amount of care to make this EP and I suggest everyone keep their eyes on that kid.

How much do you think your musical style has changed since you started out?

Everyone matures as an artist. I think I still am, it's constant you know. I was really angsty when I first came out. Maybe it's because I wanted to come out running and to some extent I did, making enough noise to get noticed quite quickly but since then I've found my voice. Like an musician I've put in hours to working on my craft, rapping. Sitting down experimenting with content and flow.

That's every rappers most unique weapon, his or her flow. I think my flow has changed up a lot but it's like an evolution. With the right amount of work and care into it, we find that voice. That's why it really hurts me when people treat rap like it's a the latest trend or a half time show. This is my life, so please don't disrespect the art by rapping today, playing bass tomorrow then saying you want learn the keys the next. Then you tell people "Hey I rap too." There's an art to it like any instrument. 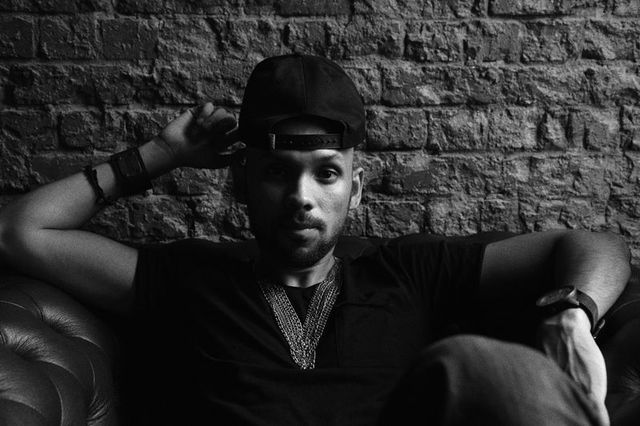 Most of your songs have that element of interaction, do you put a lot of yourself into songwriting?

Different songs call for different stories. During the creative process, I just vibe for what it calls for but even if it has a fictional storyline, I still try to put some of me in there for sure. I mean in 'Cartoons and Heroes' I use a lot of references to comic book heroes or movie characters but the backstory still is about me finding myself through my journey in music.

Your lyrics and compositions sound upbeat but upon further listening contains some pretty heavy issues, would you say you’re a positive person?

I am actually. I like to believe that things will work out someway or the other after you've given yourself to it. So that's positive right? This EP contains a lot more darker thoughts because that was the space I was in coming from some relationship heartbreak and more. Everything You Love You Hate is always meant to be my introduction as an artist. The first chapter in this 2-part series coming from the idea that there are two extremes in one space, LOVE and HEARTBREAK, DREAMS and NIGHTMARES, BLACK and WHITE. In the style of Harry Potter; many books with one big story. Everything You Love You Hate is the first installment, the dark. Soon enough you'll get to hear the light.

You’ve always been a strong advocate of homegrown talent, what are some acts here that you have keeping tabs on?

Sheeq Luna, Sub:Shaman, Nick Chim, The Sam Willows and FlightSch. You guys should keep tabs too.

Do you think Singapore music is getting enough validation from home?

HELL NO. There are so many reasons why but one that I'm really drafting for if there is an army, is the fight for a better voice on local radio. It's widely known that not many local songs are played on our mainstream radios. Theyre a voice of music in Singapore, we need them on our team. It's the PA to the people, that's how we educate them, from the ground and the airwaves and a key place where music is best friends. Radio, needs to be involved in our scene. Not as a passenger but drive the bus once in awhile please. And besides, seeing that theyre moving towards growing an audience internationally, they should play music that would be unique and interesting to foreign listeners. It'll set them apart and help with growing their audience.

It's almost every song I wish I wrote. It's hard to just pick one album from him because we were all more influenced by HIM than the album itself. He gave me the courage to dance and feel good about music.

I was introduced to this album late in to my teens. It had a couple songs that I really only played to be honest but it just opened my music ears wider to hip hop. It was also from here that I started to listen to Snoop.

I found this CD in Muar, Johor where my cousins lived. She was away at the time and it was probably wrong of me to go through her collection but the cover was just so intriguing. After I popped it in it was like Alanis took me to another world. I dare say this album is perfect, from everything she penned to her delivery on every word.

It was poetry on a CD. He made me appreciate the art form of story telling. Pac had this gift to me that he could bring you into his world though I was sitting in another corner of the world, I could resonate with his pain.

There isn't any special reason why I love them but I do. It was so infectious. I connected with it, that's it.