Ever since Baybeats earlier this year, the road has not ended for Mannequins who've been playing a number of gigs around the island in places like Home Club, Plaza Singapura and most recently at *SCAPE Confessions Outdoor Concert last month. These dapper lads have impressed us with their uncompromising brand of alternative rock, reminiscent of the old days of grunge full of crunchy guitars and singalong melodies. We caught up with them recently where we discussed about their sartorial choices, their Baybeats experience and that mannequin they prop on stage.

Hey guys! What are Mannequins up to lately?

Hey Bandwagon! We've been pretty busy juggling schooling duties and our music - routine jams, occasional gigs and working on new songs for our upcoming album. We've recently recorded a new song that will be released in a compilation CD for a charity event at Temasek Polytechnic on the 29th November.

How did it feel playing Baybeats for the first time?

It was undeniably the most unreal experience in our music career to date. We've said it before and will probably be saying it for quite a while - if not for the rest of our lives - but it was just one of those few moments in life when you know your dream has shaped itself into a reality. We still look back on the day we did play at Baybeats and still find it so hard to believe that it happened. 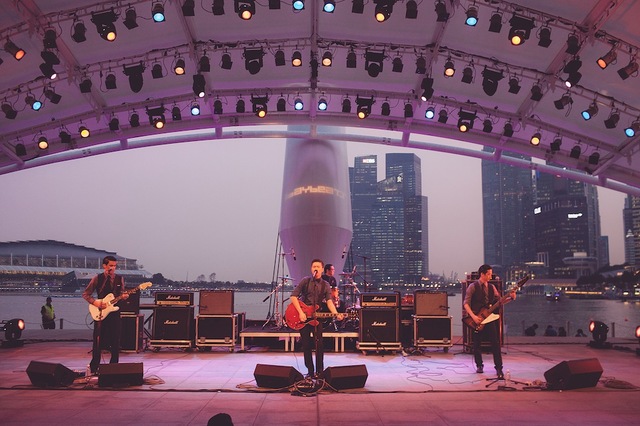 We know you got the band name from a Foo Fighters song, but we’ve always been curious about that mannequin you prop on stage in your shows...

There isn't really any particular reason, it was more of an impulsive decision on our part. Thinking about it though, it does give our peformances a little something extra, and hopefully give our fans something to remember us by. Oh, and the possibilities are endless, when it comes to what we can do with the Mannequin on stage. We just haven't had enough gigs to explore them all yet.

We love that dapper look you guys sport - how did that image come about?

Well the original intention wasn't any form of dapper-ification, but more of dressing up like how people did in the past. We were hoping to replicate the whole old-school feel of look. We tried it once and it received positive feedback and I guess it just stuck on after that.

In contrast to your sartorial choices, your music seems to encompass a raw, unpolished sound at times – almost grunge-y in style. Was this a deliberate decision?

Yes, it was definitely a deliberate decision. Our sound came first of course, inspired from our favourite punk rock bands. Then the difficulty of how we should present ourselves to the public arose - it's tough to have your music taken seriously when you look like you haven't even hit puberty yet, on top of the fact that we play a genre of music that is more associated with raging teenage hormones. We don't like the stereotype of oh, this band has drums that are bursting my ear drums and guitars that are contributing to noise pollution - rock music should be for everyone to untie their nooses, shake of their shoes and just let loose. 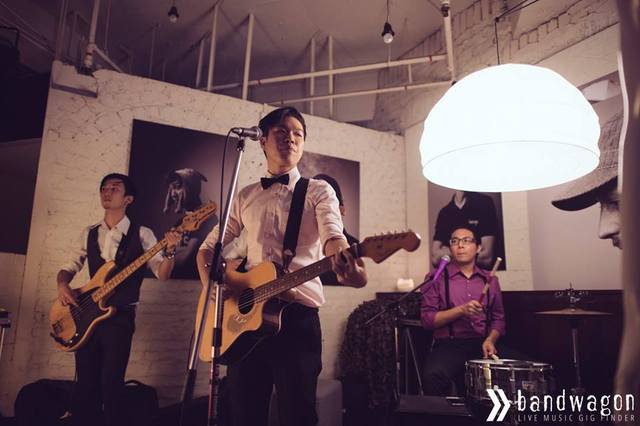 Tell us about your love for Phantom Of The Opera and The Addams Family.

It wasn’t meant to be taken seriously when we made these comments… They were more of inside jokes. But really, who doesn’t love Phantom Of The Opera and The Addams Family?

What’s next for Mannequins?

Like we mentioned earlier, we've been working on new songs for our upcoming album. So that's first on our list - record an album. Really, we’ve been at this for quite some time already. Financially speaking, we haven’t quite hit the necessary requirements, but we’re working hard for it. As for the rest of our tunes, they’re more or less completed, so keep your ears opened for them in our future shows. Besides that, we’re looking to play a for more local festivals and other events in 2014.

Nevermind taught us that no, you do not have to use the same chord progressions as everybody else to create addictive and beautiful melodies. To us, this album broke the rules of how to get your song on the radio, and into the world's subconscious and at the same time keep your artistic integrity intact. It's amazing.

This was the first album released by Weezer and it had a huge influence on our lyrical style of writing. It’s honest and witty and so cheesy to the point that it loses all its cheesiness. We cuddled and slept to this album in a sleeping bag once.

We all more or less grew up listening to CCR at home, from our parents. Here’s another reason why it’s so easy for us to play music together – we’re all just on the same page. CCR has too many albums with too many good songs so we’ll just pick the one with all the Greatest Hits.

We love The Beatles. A true example of how musicians are capable of growth and creativity. It’s hard to explain why we like this one album so much though, every other album is just as good, but somehow this one’s the first we thought of.

Foo Fighters | In Your Honor

This may have been the album that got us started as a band. The first few songs we jammed together were from it. But really, don’t ask us to pick which is our favourite album, because we love them all. Every song is different, every song is fresh and exciting to listen to.