They don't like labels on their music but Two Seas sure have a definite and distinct sound. We're super glad that they came to us earlier this year to promote their first single 'Glassmouth' from their upcoming EP I Will See You In Empty Spaces. And then we caught them live when they took the stage at the 100th Identite show; we were mighty impressed with their tight, fiery set. We talk to the band ahead of their EP launch on Aug 17.

We're just 5 best friends that had the idea to start doing something together, and there was nothing else we loved more. We have Zakhran on drums, Darren and Zach on guitar, Harris on bass and Jerald on vocals. The 5 of us have been hanging out way before the band had even materialized and I guess it just felt like something we had to do.

Why the name 'Two Seas' though?

Two Seas came about pretty randomly. We had started the writing process and was anxious to put our material out. The name came in after that. I believe  it was Zakhran who brought it up. By coincidence it does happen to be Jerald's father's name upon translation from Chinese to English. For those of you who understand Chinese, his name is 双 海. We're not going to pretend that our band name holds any more meaning than that. 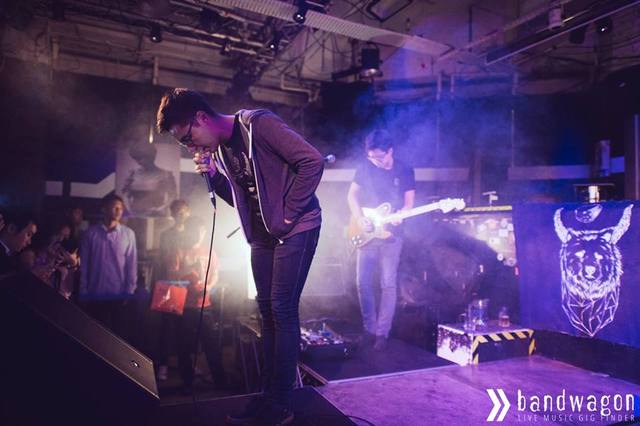 We're really digging your sound and we can't wait for the EP! Tell us how it was recording it DIY.

We enjoyed the writing and recording process so much. We were blessed to have the opportunity to work with our friend, Shaun Benjamin, who had recorded and produced the EP. We loved how comfortable the whole recording process was; squeezing in his bedroom a few nights per week. It's our first time recording a whole EP rather than just a single and it was really exciting for us watching everything take it's shape.

What did you learn from recording your first EP?

It has indeed been a great learning experience for us. The recording process required so much dedication from our part. With some of us still serving our National Service, we really had to put down everything else so that we could manage our time properly. Our family and friends had also been so supportive and I guess although it took a lot of time and effort finishing this EP, we became a lot more appreciative of these special people.

Musically, it was definitely challenging as the recording and writing process happened simultaneously. Ideas don't always translate easily into lines and riffs. There are times where we hit writers' block for extended periods and other times where we just surprise ourselves with what we come out with. Shaun had been extremely helpful in such regards - always ready with ideas and never afraid to experiment. This whole experience has definitely made us better, humbler musicians. 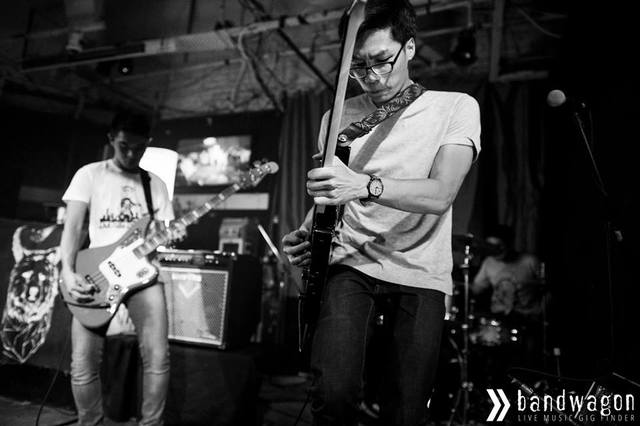 You've been quite clear that you guys are not a post-hardcore outfit. How would you describe your sound?

We're not really sure how to answer this one. From the onset we told ourselves that we didn't want to be a post-hardcore band due to how the genre had been getting a bad rep for being over-saturated with generic acts. Don't get us wrong, we love bands like Glassjaw and Emery. We try our best to be interesting and progressive, and we prefer to approach song-writing with an open mind rather than limiting ourselves to a certain sound type. Being honest with whatever we write is probably much more important to us than what genre we play, but hey, if it sounds post-hardcore to you, it's cool.

"The energy and emotion put in every song was something that I always kept in mind when writing vocals. It was IIOI that made me rethink the way I wanted to write. One of those records that just changes you as a musician, as a person" - Jerald

THE MARS VOLTA | FRANCES THE MUTE

Our favourite album by the defunct prog-rock band that just always has so much going on in everything they put out. Oblong time signatures, polyrhythms, the use of wind instruments, crazy effects - we may not sound much like them but we sure respect how well and far they push the boundaries of musical experimentation.

Clean Head demonstrates that musical progression does not always necessitate leaps in musical technicality. It's one thing to have a technical song and say hey that's creative simply because its hard to replicate, but it's probably more difficult to write something that's voluntarily simple and yet creative. Nothing against technical music, but Oceana really nailed it on this one, and we find it incredibly inspiring. Production wise, you'll find many Clean Head-esque moments on our upcoming EP.

Circa Survive is just one of those bands that we all grew up listening to and never outgrew. A fair amount of the guitar and bass work on our upcoming EP draws great influence from this amazing band and what's arguably their most polished album.

The dynamism on this four-part album is remarkable. Thrice do fervent and urgent, dreamy and broody, a combination of both, and even acoustic. We guess this album really relates to us as we don't like confining ourselves to any genre or form and if we were to write a full length, it would probably also feature across a spectrum of genres and music types.