Soul, pop, R&B and jazz, whatever the genre, Sarah Cheng-De Winne can handle it all. With vocals that have been described as "luscious" and "delightful, this multifaceted singer-songwriter has recently picked up an award at the US-based Annual Independent Music Awards. We catch up with the songbird and talk about music, life and her influences.

Hey Sarah! Tell us more about how you got started with music.

As a little girl, I was always by surrounded by music because my super-musical Dad would always sing all around the house — he taught himself to play the piano, guitar, bass and drums, and my parents were really music lovers. From a very early age I started singing duets with my Dad during family karaoke sessions! In school, I joined the choir for ten years and really enjoyed performing as a soloist in school/church shows and musicals. But it wasn’t until I won first place at a school talent time competition at age 14, that I came to the thought: hey, maybe I could do this for the rest of my life. It’s quite funny: I had joined both the group and solo catergories and won both.

But beyond singing, my work as an artist is very much about the songs that I write. Songwriting was a very natural progression for me in my teen years because I had also been writing poetry from age 13. However, My first serious songwriting endeavor was for Saving Grace, an original musical that I also directed and co-produced. I had to write 7 original songs in a very short time, collaborate with an arranger, and teach the performers to sing it. Since then, I've never looked back and kept writing more songs.

What were some difficulties you faced in your career as a musician?

Difficulties are always there, but I like to view them as challenges that can be overcome with perseverance. Perseverance is a trait I'm still developing — it's not an easy industry. These challenges range from funding of my album projects, promotion of new works, sustaining a regular income, reaching new audiences, balancing work and life, and finding the right collaborators. But I have been very blessed in my journey so far. God has placed many amazing people in my path, who I'm very grateful to be working with now. I'm also really thankful for my friends and family too, who have been understanding enough to accommodate my crazy schedules!

What about the rewards and perks?

Creating is a real privilege. To be able to share my ideas, stories and visions through music, and move the hearts of those who listen to my music — that alone is the intrinsic reward of being an artist. It's also very rewarding when I get the chance to collaborate with other creatives through music — for example, I just completed a music video shoot for my song, 'Parallel Lives'. Working together with the Martin Hong, Kelvin Chew, Ruiwei Kho and their team at Freight has been really fun, so watch this space for the official video! To see my music expressed in a video form is extremely fulfilling and I really look forward to putting out more music videos in the upcoming months! 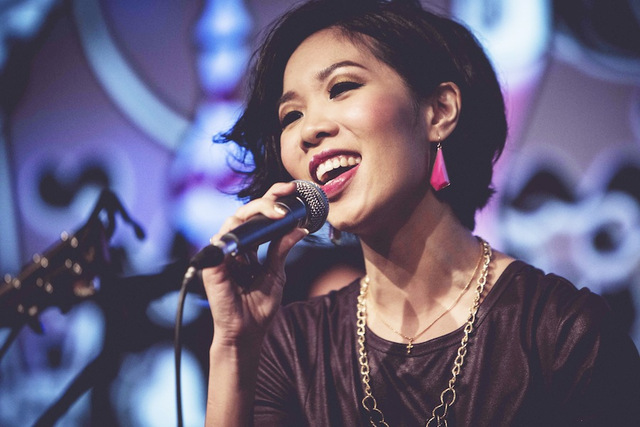 You have toured a lot and played at many different venues, how is that different from playing at home?

No matter where I perform, audiences really like how I share the little stories behind my songs. I usually have at least a couple of people come up to me and tell me that they really enjoyed the stories. Overseas, audiences seem to be more appreciative of original music though, whereas audiences here expect you to play covers more often. Between the countries I've toured, the Taiwanese are particularly responsive. They were cheering really loudly after every song!

On winning an IMA for your song 'Love-Shape Void'?

Completely honoured and bowled over. I really thank God for the Independent Music Award's endorsement of my music. Since this win was for the Christian Contemporary/Gospel category, I'm currently working with my team to plan a local church tour to share my music and testimonies that underlie my album Brand New, together with some of my favourite Christian contemporary songs.

Have you been keeping up with the local music scene?

I've not yet had the time to attend some of the singer-songwriter events recently, but I am a fan of ShiGGa Shay and love what he did with Lim Peh because it was just totally Singaporean! Also, watch out for new music from Eli T., who's currently based in New York. I really loved his album Revolt. And I'm looking forward to also hearing more new material from The Sam Willows, they've got a really nice sound and I hope they go further!

What are your thoughts on the current scene?

That it is still a "scene" and not an "industry". There was a time in Singapore's history when local artists were able to capture the hearts of our local audiences, and our audiences were truly appreciative of our talents. Right now there are many factors as to why the scene has not yet grown into a self-sustaining industry, but the key thing I wish to say to all who read this are: give local artists the love they deserve.

It's not just about buying their releases online... No one makes money from iTunes now they way CD sales used to be able to sustain an artist's career. How about: request for more local content on radio and TV, be interested and willing to buy tickets live performances by local artists instead of expecting a free show, and even donate funds to online fundraising campaigns to support local artists you think have a chance to make it bigger? With music labels having less and less resources to invest in new music acts, it's really up to our Singaporean audiences to push up our local acts to the next level. If not, more of our artists will continue to move to "greener pastures" where audiences are more appreciative, and the environment more conducive for creating new works. 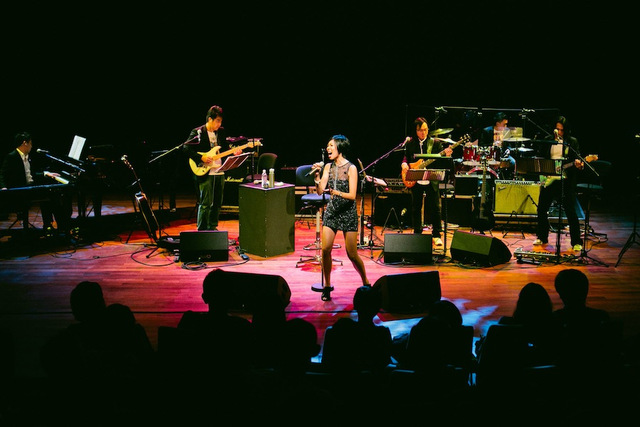 How different is it since you started out as a musician?

Technology has certainly taken over, with streaming services making music so much more widely available and social media having a bigger impact now than ever before. So right now, while it's definitely easier to "self-distribute", it takes really good content to cut through all the noise that is being uploaded and gain a significant following. That makes it tough for Singaporean musicians because we're being compared to or made to compete for the attention of audiences who have easy access to all kinds of music at very low cost. That said, I think that the creative scene in Singapore has become a lot more open and collaborative between film, fashion, music, art, design, etc, so I think we're in very exciting times!

We think so too. Any advice to aspiring musicians in Singapore?

Music isn't just an art, it is also a lifestyle. Invest time to create a brand that is memorable and emotionally connected to your audience.

Music isn't just an art, it is also a business. Create a business model that will help to sustain your creative pursuits.

Finally, music isn't just an art, it is also a very powerful tool to help create change. I challenge all aspiring musicians to use their gifts for something greater than themselves.

My Family & Friends: They're a constant source of experiences, stories and emotions.

Karen Carpenter: She's totally influenced my singing and songwriting style. I was introduced to The Carpenters by my Aunty Mary who bought me their Love Songs compilation because she thought I sounded like her.

Stevie Wonder: I really aspire to write songs like him, that speak straight to the soul.

Mika Nakashima | LOVE
This may be surprising to some: she's a Japanese pop artist but years ago released an album that had lots of jazzy, R&B elements in the arrangements. I really love this album and never grow tired of listening to it.