Having completed his hosting duties at the Open Mic sessions, Jowell Tan (or supersixteen.) talks about hard work, the local music industry and a behind-the-scenes insight of an open mic session. 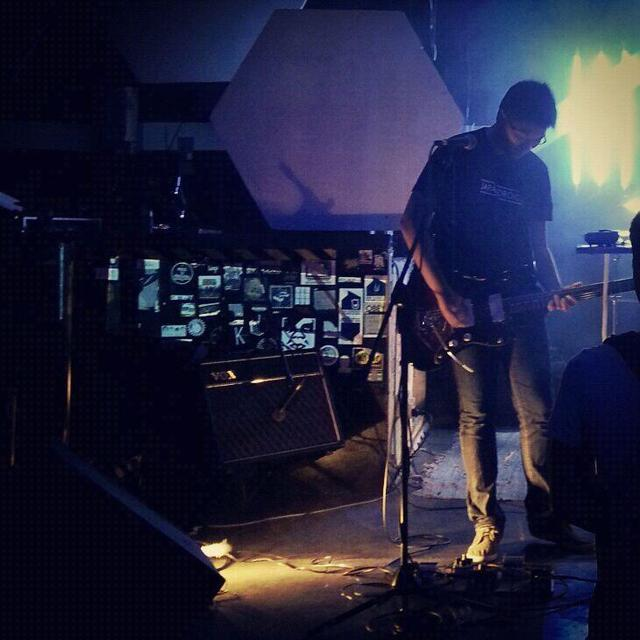 Singaporean musicians are a dime a dozen these days. The proliferation of digital recording software available for free download onto laptops and the accessibility of the Internet to upload things have allowed basically anyone with an acoustic guitar and a half-decent singing voice to release their own compositions on Youtube, Soundcloud, Bandcamp, etc. and find an audience outside of our little red dot. Monster Cat, for example, just recently returned from a tour of Europe, and Obedient Wives Club's first EP, travelled so far as to get radio play in the UK. And these are relatively new bands!

However, whilst many local bands have been able to rise to success and popularity both in and out of Singapore, a huge majority of us are confined to our bedrooms, playing into our webcams and GarageBand in hopes of making it to the big time. While some are content to just keep their music within their four walls, others will have the urge to perform their original music in front of an audience. Be it to test the reaction to help them fine-tune their songs, or to attract attention from people who might be in a position to help them reach the next level of their career, or even just to have the experience of playing live, these particular musicians search high and low for venues that will accommodate their thirst for performance.

This Must Be The Place

For the past 2 years or so, it was almost impossible for any aspiring musician to find a place where they could perform, then in mid-2011, cafes and bars began conducting open mic nights to attract the after work crowd to come in, dine, have a beer whilst listening to live music. Finally bedroom musicians emerged from their hiding places, instruments in hand, and signed up to sing in front of people for the first time. Some stayed on and played more shows, others descended back into obscurity after one show. But it had been set - as long as there are people attending, open mics are here to stay.

In the day, The Pigeonhole is a quiet place where people go to escape the workplace madness with a midday cup of home-brewed coffee, but at night it transforms into an event venue. Ever since they started their own bi-weekly open mic night in collaboration with ex-Vertical Rush guitarist, current folk artist, and casual acquaintance Nicholas Chim, it has grown to be one of the main draws of the establishment, with undiscovered singer-songwriters coming in to play a wide variety of genres to an audience. Nick Chim has moved on to bigger and better things, but the open mic still lives on with new hosts taking over the duties for a few months before handing it over the next one. Many of these hosts have followed in his footsteps, using the open mic to catapult themselves into the limelight and bigger shows. Chew Weishan (Weish), after her stint as host, found herself on stage with Plainsunset. Siti Zahidah, has since gained local prominence and even some local radio airtime. 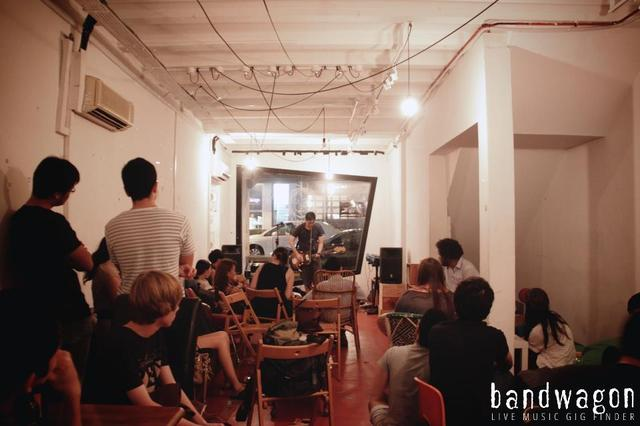 I was initially uninterested in playing live shows - I was a solo artist who played instrumental music comprising of guitar loops and the occasional melodica thrown in - who was going to listen? I was perfectly content with just recording my music and uploading them onto the Internet for whoever wanted to listen to them. My ‘big break’ happened when Nicholas, was short of a performer. To help a friend out, I volunteered. It was admittedly not a good show at all - I never spoke to the crowd, made mistakes, and even forgot to introduce myself. It was a nerve wrecking experience, but also a great learning one. But I was done. I had played a live show, ticked off an item on my bucket list. I was going to crawl back into my hole and keep playing and recording from my own safe little place. I carried on doing my thing while the open mic night continued, cycling through hosts after Nicholas had left.

August 2012: Ave, the owner of The Pigeonhole, put up a public post on Facebook requesting for anyone who was interested in hosting to drop her an email. I initially hesitated to commit to the gig, but ultimately I decided that it would be a good way to do some PR and networking with other musicians, and also I would be able to take time out of my busy schedule to play music, which was a plus. I emailed her, we quickly set up the dates and details, and I was good to go.

Here's something people don't really know about open mics: It is a lot of hard work. Just handling the admin side of the show took up almost all my free time. I entertained emails from people seeking to play a slot, set up the Event page on Facebook with descriptions of the performers, did promos on social media, and scrambled to find replacements for last-minute pullouts. The actual show day itself is another thing altogether - I came into the venue early to set up the PA, a simple 4-channel mixer out to speakers. After a quick dinner, the performers would congregate and we'd sit down to decide the lineup of the evening. I would play the first set to open the show, then throughout the night would do hosting duties, introducing the performers, helping them to set up their instruments, do quick line volume checks, and throughout the set adjust the levels accordingly. At the end of the night, after everyone had left, I'd pack up and keep the PA before I left for home. A typical open mic night for me started at 6pm and ended at 11pm. 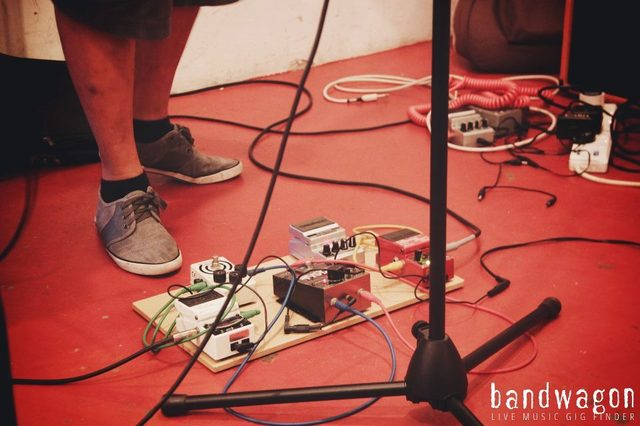 It was an enjoyable 3 months for me, both musically and emotionally. I had made a choice early on that I would write and play a new composition during each open mic, so that kept focused on making new music (instead of wasting time on the Internet or watching TV). That way I came up with a bunch of new songs, and new ways to approaching songwriting.

Something Good Can Work

The new songs were also well received by the crowd, which is definitely a plus. However, the ultimate satisfaction I got from doing the shows, on top on having been able to pull them off without any major hitches, was being able to immerse myself in that world and integrate myself and my music, in some small way, into that scene. I made a lot of new friends, mostly the performers themselves, and the open mic circuit revealed itself to me as more than just a bunch of hacks badly playing cover renditions of popular songs for money. These guys took their craft seriously, practicing their songs up to just before they were to perform, and were immensely open to feedback and criticism of both their works and their stage presence. They would joke around with each other and chitchat and have a good time, but they were also consummate professionals onstage, and were genuine in providing their opinion to improve the others' songs as well. I learnt a lot about my own musicianship, and gained invaluable knowledge on stage work, songwriting, even basic PR and networking amongst peers.

As of this writing, I would have finished my hosting duties, and have handed the reins over to the next one up. As much as I am relieved to not have to go through all the emailing and Facebooking and Twitter postings again, a small part of me will still miss the thrill and the rush of running a show. 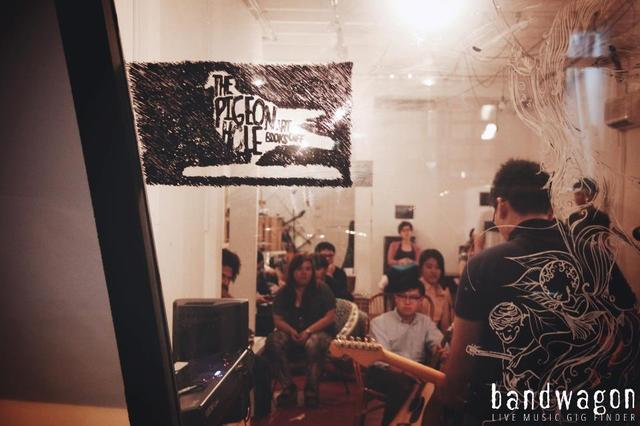 I would like to see change about the scene in general - that the people who proclaim to listen to local music would be adventurous enough to listen to more than ‘popular’ bands. Simply because local music is so much more than that. These open mics were decently attended, thankfully, but it was always the same bunch of people. Where were the new faces? That goes against the entire concept of an open mic - not only is it for musicians, but it is for audiences as well. Open mics exist as an avenue for new undiscovered musicians to perform and gain fans, but that will not work if these performances live only in a vacuum. We can talk all day about the state of our local music scene, whether we should have government support, arts grants, et cetera, but ultimately all these things will not matter if no one will listen to more music. Similar to the old adage 'it takes two hands to clap', I really hope that the members of our local scene will head out of the holes that they've dug themselves into will crawl out and discover all these new wonderful musicians that live on our tiny little red dot beyond the popular ones.

But at the end of the day, putting aside all the business talk and the rhetoric, it's all about the music and the camaderie. Come down to one of the open mics, there are many around now - You'll see great musicianship, hear great new music, and meet great people who might be able to teach you a thing or two yourself.