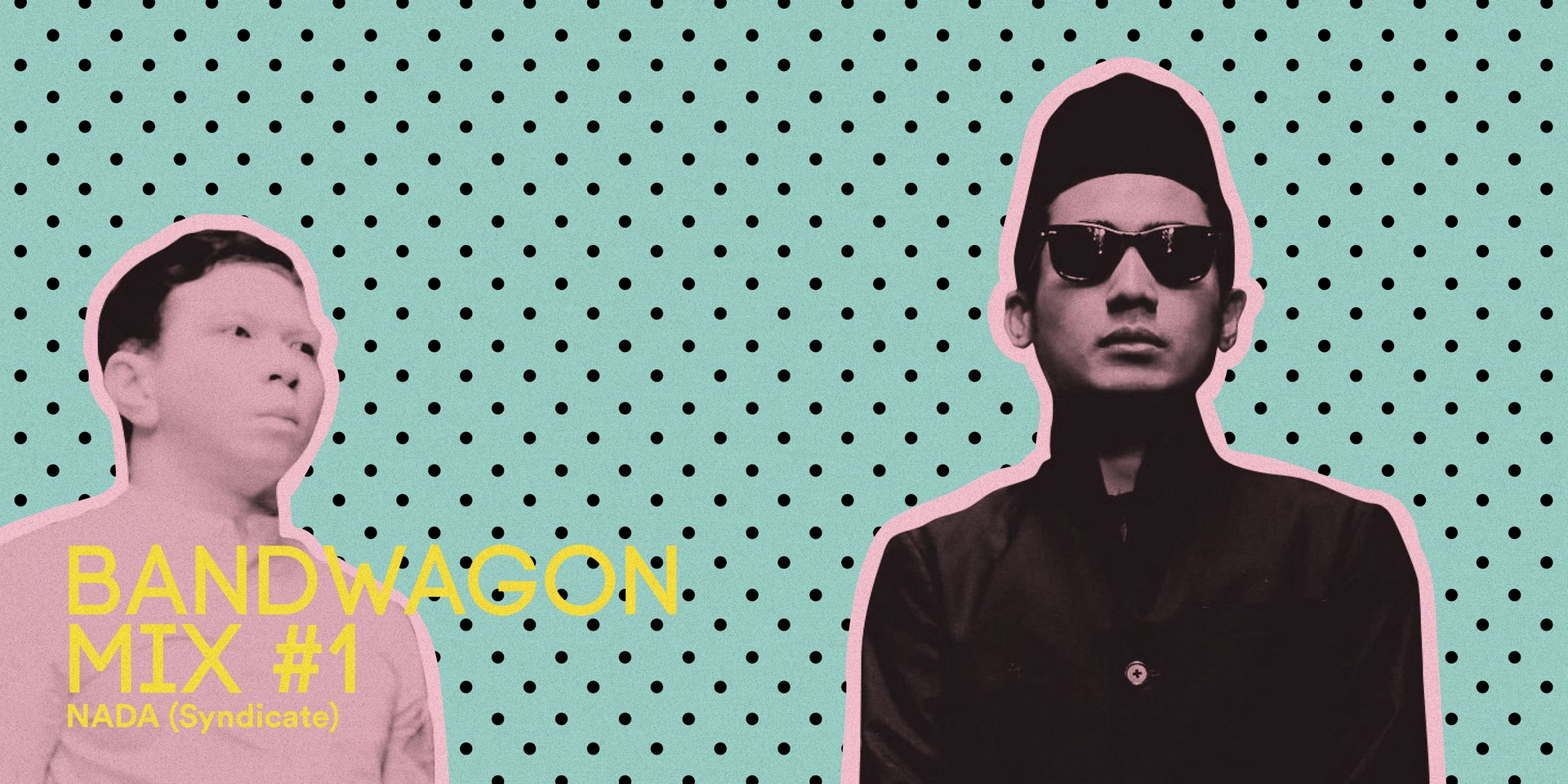 Every couple of weeks, Bandwagon invites a guest to do a mix for us. Rather than a standard interview where the artist explains their influences, we figured it’d be more potent if you simply listened to the music.

The brainchild of Safuan Johari (Syndicate) and Rizman Putra (Tiramisu), NADA initially begun as a visual arts and sound project intending to explore the relationship between myth and music in Malay pop culture. To do so, the duo invented a fictional electronic group called NADA (think Spinal Tap) that existed during the golden age of Malay popular music, 1960-1980, and went about fabricating collaterals like old ticket stubs, weathered newspaper clippings and vintage gig posters (amongst other things) to further blur the lines between fantasy and reality.

But the best part was — they actually went about making music for NADA.

Made up of deconstructed popular Malay songs from the past, NADA has melded those sounds together with their own beats and original vocals to craft something truly unique. Their performances in Singapore has seen them make use of traditional Malay and Peranakan music to great cross-generational appeal (it's rare to see young adults in their 20s dancing side by side with folks in their 60s). But their pop-up installation in Paris also inspired the duo to work with French vocalist Florence Villeminot to record a six-track EP, combining her vocals with samples from old Malay songs.

For the very first edition of the Bandwagon Mix, we’ve invited NADA to present us with their jukebox of inspiration.

Bookended with a French-Malay flavour (their own work with Villeminot), NADA takes us around the world with some Afro-Cuban fusion from Senegal, some Pop Yeh Yeh, some electronic Arabian tunes, some funk and soul from East of Underground, some Chinese surf-rock, some Indonesian pop, some Cambodian psychedelic rock, some dangdut and many other things in between that even our ears couldn’t place. What a wonderful trip! We couldn’t have picked something more eclectic to kick things off.