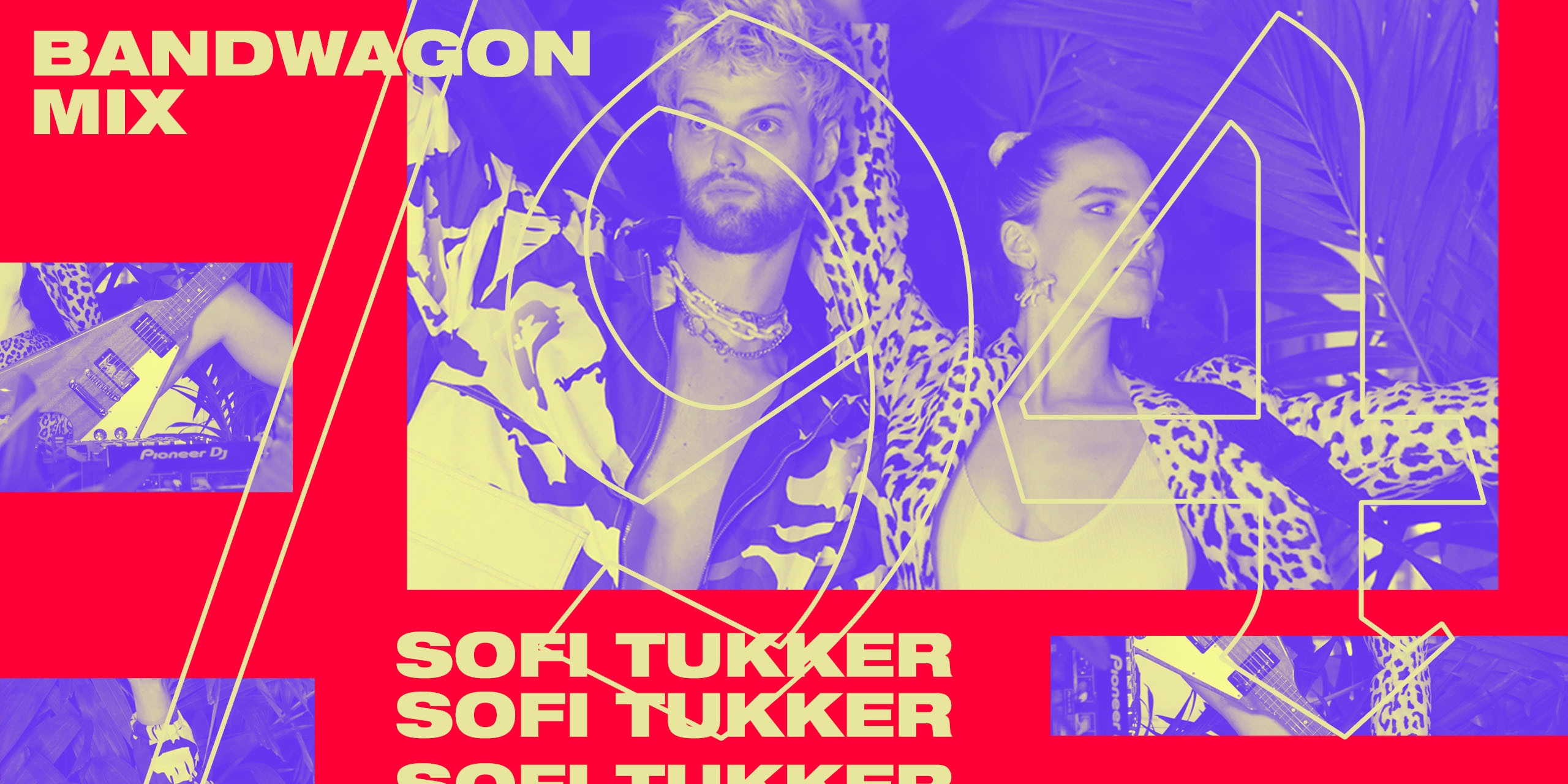 No stranger to the world’s greatest music festivals, this electronic-dance music duo certainly knows how to turn out a party. SOFI TUKKER comprises Sophie Hawley-Weld and Tucker Halpern, who despite coming from two different, unconventional musical backgrounds, have come together to make some of the best tracks in EDM today.

Serving as a frequent soundtrack for most club nights and parties, the pair joined forces in 2014 and have since been nominated for two Grammy awards, featured in Apple’s iPhone X commercial and even released a song for the movie, Birds of Prey.

Get to know more about SOFI TUKKER below.

Tell us how you got started in music.

Tuck: I used to be a really serious basketball player. When I get sick my junior year of college and I couldn't play anymore, I picked up DJing and producing as a way to completely pour all my energy into something productive.

Soph: I started writing songs in middle school for fun and have used songwriting as therapy and dancing as therapy my whole life. Music was going to be a big part of my life but I didn't dare to dream it could be a career until Tuck convinced me to join the band and move to New York after graduation.

You've been playing DJ sets from your living room daily since lockdown started, what have been your favourite moments so far?

It's been so satisfying and beautiful to feel the community build around the sets, to watch people engage with each other and watch people's stories of themselves in their living room dancing every day with us, and it's been really fun in our living room to be experimenting with random music and we've been playing with Soph singing Portuguese poetry and playing guitar and sampling on top of the tracks.

You've performed in a virtual music festival, what was that experience like and what do you miss most about playing in clubs and festivals?

We've been doing tons of virtual music festivals and we're really happy to be able to be a part of them. We just miss the feeling of an entire sea of people all vibrating on the same level and really get that feeling of connection, we can see people smiling and sweating and it's more like a conversation.

What are you looking forward to when we get back to our new normal?

We miss travel, we miss being able to hug, we miss the random serendipity that can happen out and about in the world. But for now, we're really grateful to still be growing and learning and expanding ourselves during this time!