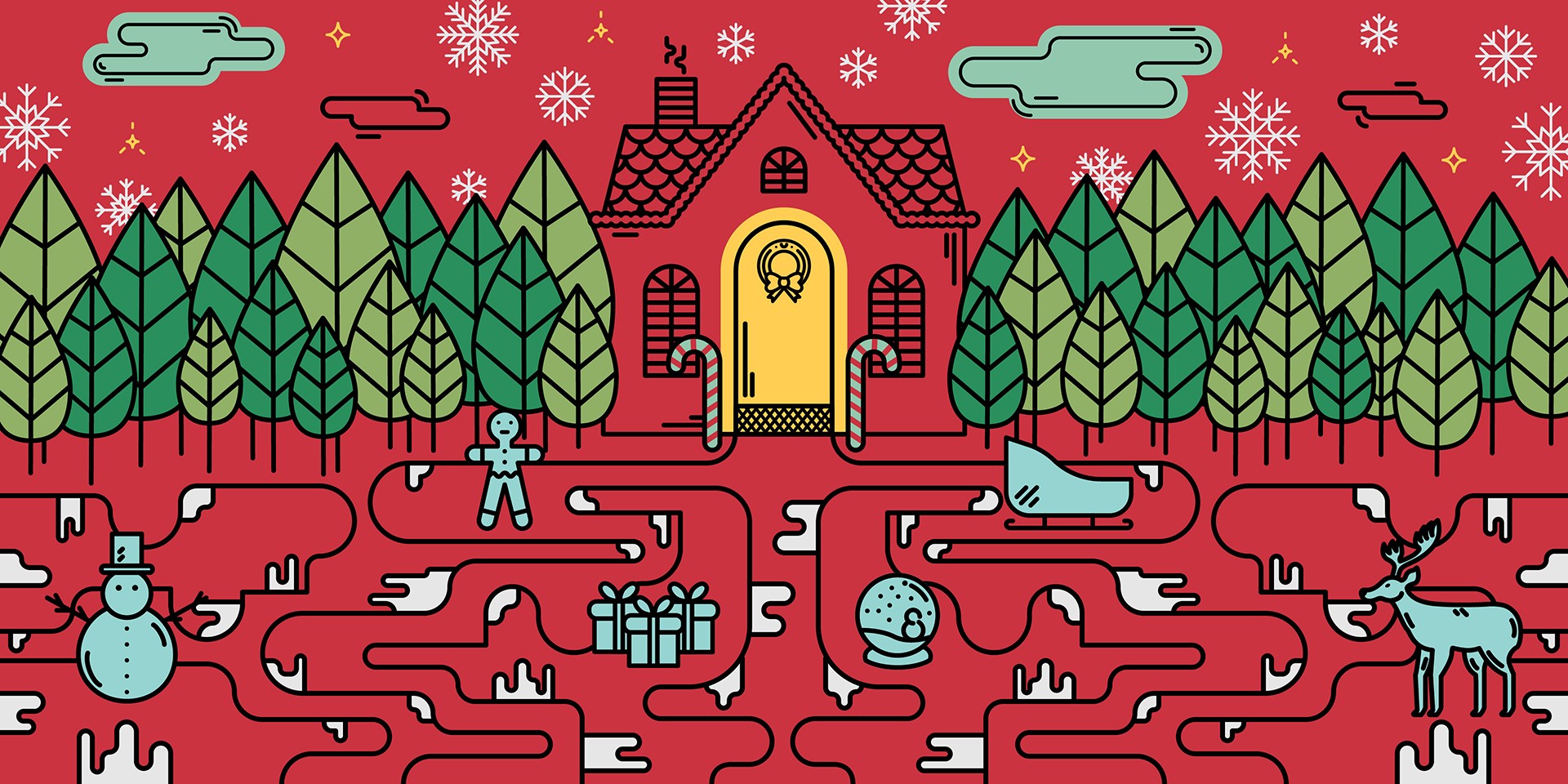 The first time we began our stint at Orchard Central, in lieu with the shopping mall's Summertime In The Park theme, we brought along some of the breeziest, most vibrant Singaporean acts we could think of. This time, with OC Christmas Rhapsody, we wanted to rope in acts who we felt embodied what we love most about the winter holiday — the joyous vibes of it all, the familiar communal spirit that brings people together.

Titling it OC Christmas Sessions, come join us as we aim to bring music lovers during the holidays, spreading the usual Christmas cheer the only way we know how. Get the full lowdown on the list of acts performing at Orchard Central this December, who will all be playing a mix of originals and beloved Christmas tunes from December 5 - 25. 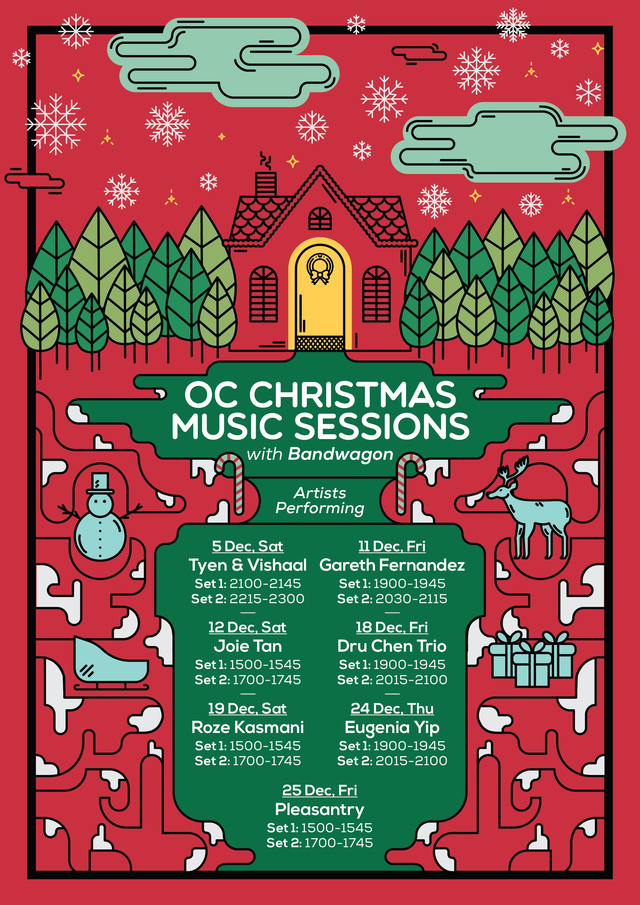 The earnest singer-songwriter duo were recent subjects for our music video with NEA. While managing a couple of gigs and writing new songs, Tyen & Vishaal are still relatively new to the Singaporean music scene.

The self-styled "pop soul" singer will be stripping it down for the OC Christmas Sessions as he'll be performing choice tracks off his EP, Subliminal Love. He's currently working on new material while prepping for an appearance at Mediacorp's Celebrate 2016.

Having a remarkable year touring with *SCAPE Invasion and a notable appearance at 100+50, Joie Tan steps out of her bedroom and onto the OC Christmas Sessions stage with her signature alluring vocals and winsome personality.

Making a big impression at their recent show at The Powder Room, the Dru Chen Trio will be taking a sidestep with a holiday jam at the OC Christmas Sessions. The trio features accomplished soul singer-songwriter Dru Chen, Charlie Lim and Euntaek Kim.

Having built herself a repertoire of an eclectic list of covers, Roze Kasmani readies herself to record her first-ever English album, and she'll be spreading the love and holiday cheer at Orchard Central.

The animated and forceful frontwoman of The Steve McQueens and Riot !n Magenta will be taking a step back with an all-acoustic set, amidst preparations for tours with both bands, including a set at Laneway 2016 with the latter.

This won't be the first time the five-piece dream pop band goes back to basics, so we're glad to finally share their stripped-down prowess in the heart of Orchard.