Bitch Magnet have been recognized as a significant influence on generations of aggressive and musically complex bands, including Mogwai, Don Caballero, Rodan, June of 44 and Battles. Inactive since 1990, they had their entire remastered Bitch Magnet catalog released as a triple-CD and a limited edition triple-LP in late 2011. It was greeted by rapturous critical responses from outlets ranging from the New York Times to Total Guitar, including four-star reviews in Rolling Stone and Mojo and a five-star review in Uncut. The post-hardcore pioneers reunited at All Tomorrow’s Parties “Nightmare Before Christmas” festival in December 2011.

So there. With an impressive resume like that, what more can we bring you? An exclusive chat with Jon Fine and Orestes Morfin of Bitch Magnet, of course.

Hello Bitch Magnet! Let’s get to know you.

JF: I'm Jon Fine. I play guitar. There was a skinny Asian dude at my college who wore gigantic white tshirts and sometimes carried around Husker Du's Land Speed Record. Also there was an amazing drummer in the biggest and best band on campus. Considering that, at the time, I could barely tune my guitar (much less actually play it), it's kind of amazing they consented.

About the reunion, has it always been work in progress or something that happened naturally?

OM: None of us had any clue that this would happen. Completely, utterly, totally unnatural. The Reunion from the Black Lagoon.

JF: What Orestes said. Sometimes in the middle of the night there will be this weird noise and my wife will wake up terrified and see this strange presence in our room, and I'm always like "it's just the reunion. Go back to sleep."

How did you all keep occupied during the long hiatus?

JF: Played in a bunch of bands (Vineland, Coptic Light, and briefly Don Caballero). Grew up. Went bald. Had a series of normal everyday jobs, miraculously, a situation that even more miraculously continues to this day. Chased skinny art chicks, remarkably unsuccessfully. Got married. This is a really complicated question. Life, you know?

OM: I played in a few bands before going to grad school. In my grad school years I studied, taught, and played Brazilian music on the side. 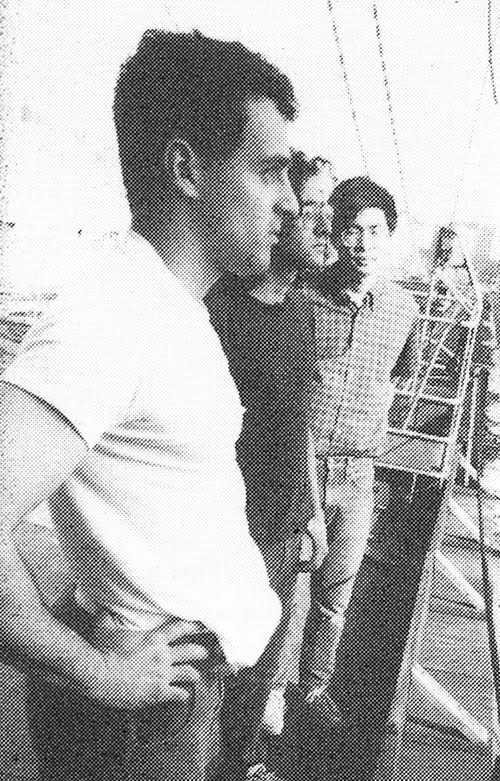 How has being a musician changed then and now? You guys formed in college...

JF: It's more complicated to fit into the life of a grown-ass man. It's also, still, incredibly rewarding psychically. (Though not financially, which explains the series of day jobs.)

OM: Back then, digital audio technology was just beginning to go off, hip-hop had just emerged in pop culture, and most people still listened to vinyl. It seems very different now. I feel like being a musician, someone who plays and is devoted to an actual instrument, it’s rare. It’s much more common to listen to electronica, to aspire to be a DJ and make music out of something someone else has provided, rather than create something totally new out of the “old” technology.

Bitch Magnet played at All Tomorrow's Parties last year along with Washed Out, Battles and Cults, pretty big show to celebrate the reunion. Tell us how was it like!

OM: I really had a great time at that show. The weather was beautiful, and breakfast with Gary Numan was amazing.

JF: Bob Weston wore bright orange pants the entire weekend -- I think he thought the color went well with the overwhelmingly grey skies -- and I'm not sure my eyesight has recovered. But it was an amazing experience, even though I think I gained 10 kilos. Apparently eating a Cornish pasty the size of your ribcage right before you go to bed is not the best way to stay slim. Also, and I'm sure this comes as a huge shock: the British like to drink beer. Lots.

So, what can we expect from your Singapore show?

OM: Music we made as young men, interpreted with the perspective and experience of age.

JF: Personally speaking, any show where my glasses don't fall off is a good one.

What/Where is next for Bitch Magnet?