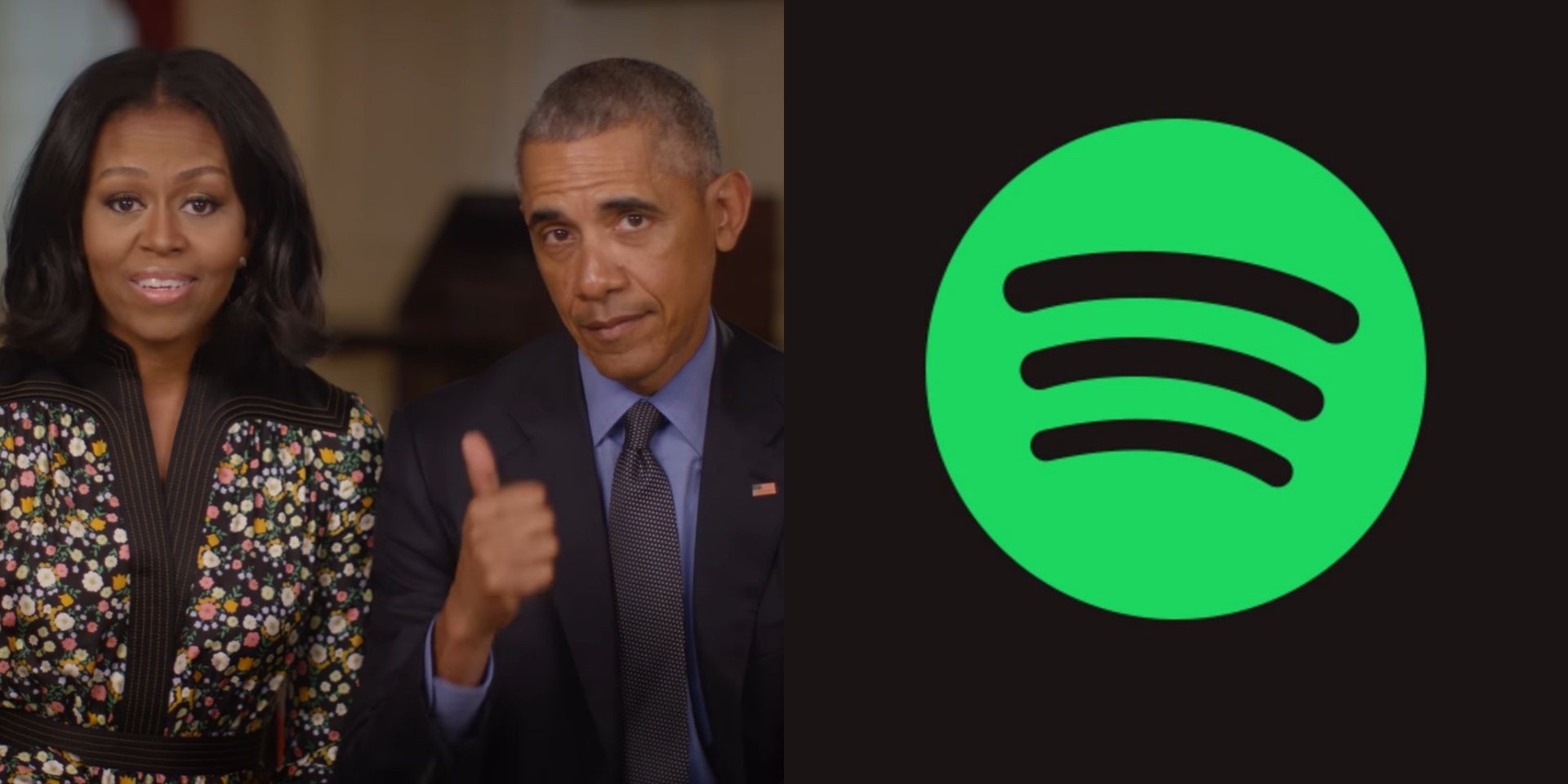 Barack and Michelle Obama have signed a podcast deal with Spotify.

Today, Spotify announced that it's now in partnership with the Obamas' production company Higher Ground, that will see the latter produce podcasts exclusive to the former. In an official release, it's revealed that the Obamas formed Higher Ground to, "produce powerful stories to entertain, inform and inspire, and to lift up new, diverse voices in the entertainment industry".

“We’ve always believed in the value of entertaining, thought-provoking conversation,” President Obama said. “It helps us build connections with each other and open ourselves up to new ideas. We’re excited about Higher Ground Audio because podcasts offer an extraordinary opportunity to foster productive dialogue, make people smile and make people think, and, hopefully, bring us all a little closer together”.

Higher Ground was formed in 2018 and hinged upon an initial partnership with Netflix. This new venture will now allow the Obamas to make their content with yet another immensely popular platform.

At this writing, there is no information on when the podcasts will be rolled out.