This year at Baybeats Festival, we see a few familiar names that we haven't seen gigging around in a while. The likes of Wormrot, Force Vomit, Electrico and A Vacant Affair will be in the limelight again at this year's festival. Here's Part 1 of our Comeback Kids Baybeats Special featuring grindcore stalwarts Wormrot and alt-rock favourites Electrico. 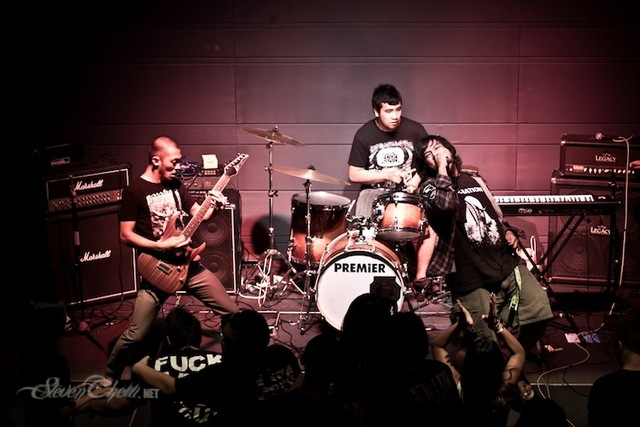 Responsible for putting Asian grindcore on the map, Wormrot have been tireless in their efforts to spread their music wherever they can. So it really comes to no surprise that they've become one of the biggest metal bands in the world right now (they're signed on to Earache Records!), playing countless shows in festivals and venues across Europe, Asia and the United States. Taking a brief respite from touring, we catch up with Arif (vocalist) about the past, present and future for Wormrot.

How do you feel about being back on stage for Baybeats?

Nerve wrecking. We've been on hiatus from playing huge shows for months now and we barely have the time to even rehearse. Ha! But it's all good knowing that you'll be playing in front of home ground friends, it feels a little less nauseating. We're just going to do our usual thing and have fun. That's all that matters at the end of the day.

Tell us about the last show that Wormrot played here.

I can't really recall what show or when was the last one we played. I guess it was at Home Club. We couldn't be more appreciative of the local support we received in every single show. They are comfortable with us, which makes us twice as comfortable to interact. We've never been that serious on stage. As angry as our songs goes, they understood our personality. And that's important.

You guys are taking a break from touring and are back working day jobs. Do your colleagues know you are in an internationally accomplished grindcore band?

Nah. They don't have to. Haha. We're just regular guys like everyone else. We don't self proclaim ourselves as celebrities. Never in a million years. We work normal day jobs like any other. I hardly even have conversations with my colleagues. I don't wish to bring my music life to my regular day job. One stress at a time, haha.

What's happening in the near future for Wormrot?

It's a blur right now as we are too busy balancing our personal lives. We've been sacrificing them for about 4 years on tour. I think it's time for us to take a break and sort our main priorities out. We have a few new songs done for the new album but it's been months and months now since we started writing for the new record. We're going to take it slow this time. Rushed works are always sloppy so hopefully we'll have the time to continue our agenda for the band.

What do you want to say to the people who are looking forward to seeing you perform live in Baybeats?

Just let loose and go crazy! Do whatever you want. We have no rules or regulations with the crowd. No boundaries. We're definitely excited to be on stage on the 29th as this is our first time ever performing in a huge professionally set up stage in Singapore. Rest assured, we are going to be extremely noisy. Like it or not, deal with it. 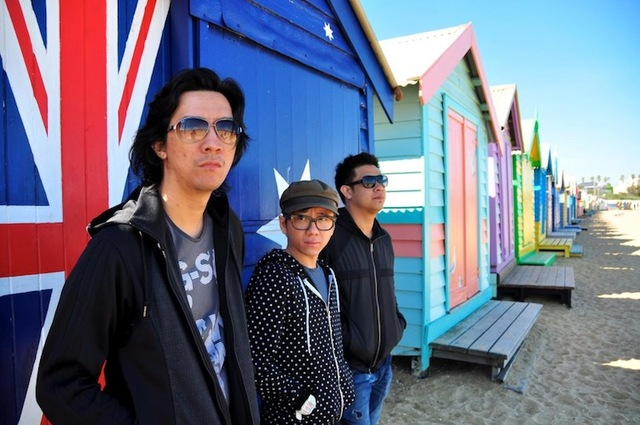 Electrico entered the scene in 2003 with a lot of hype surrounding them; a lot of radio play, songs being used in TV shows, and even writing and performing the National Day theme song in 2009. Well that was then, they're back now as a 3-piece band and all ready for Baybeats. Dave Tan (guitar and vocals), Desmond Goh (bass) and William Lim Jr (drums) talk to us about what has changed in Electrico, adulthood and The Black Keys.

How do feel about being back onstage for Baybeats?

Dave: Baybeats has always been a great show to play. Some of our most memorable shows were there, including some epic sets at the powerhouse stage to a sea of fans! Desmond was just mentioning the other day that it would be 10 years ago that we played at our first Baybeats, so it’s quite momentous to be back again.

William: The crowd is always amazing at Baybeats! It's good to be back playing and we're so looking forward to perform there again!

What has changed in Electrico?

Dave: I think our approach to being a band has changed a lot, we are older now and have a lot more on our plates, but music has always been our passion and we are treating it as such: to be something to enjoy and embrace and share, without necessarily expecting more than you put into it. In terms of our sound, we’ve gone back to the roots of our playing style, which is pretty punk with a twist. It’s more evident now that we are a 3 piece, and it’s quite invigorating to unleash this new sound.

Desmond: Being more grown up with more responsibilities on the shoulders, but still playing hard! Being a three piece now also means we have to explore a different approach to dynamics during live shows. Sometimes we picture ourselves to be like Green Day playing Radiohead's songs.

Have you been keeping tabs on the music scene in Singapore? What has changed and what do you like/dislike about it?

Desmond: It's still a young industry with lots of areas to expand on, like a need for infrastructure to assist bands out there. The government's monetary assistance to help the industry is a good sign though. The challenge is to keep going even if you have to stop for a while.

What has changed; the demographics, people who are in power to make things better are ignorant about the scene, and people who don’t put their money where their mouth is... but definitely not the talent.

There are lots of talents out there who need a little help and push. Society makes it hard to survive in the music scene so some go elsewhere to pursue their passions. We really need to help one another, to support our local talents to help them keep doing what they do in Singapore. 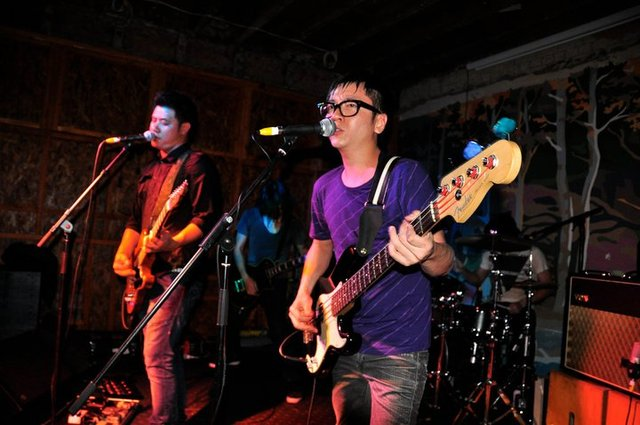 What were you up to during your sabbatical and what can we expect from the new material?

Desmond: We’ve each been leading our normal lives; tying the knot, buying houses, having a baby, etc. As for our new material… the only spoiler is that we have being listening to lots of The Strokes, The Black Keys, The Datsuns, the kind of stuff that makes us tick.

Dave: I’ve been catching up on a lot of adult things (haha). Bought a flat, two cats and caught up with a lot of other interests that I didn't have as much time for when we were still really active. But also getting in touch with myself, sometimes it’s easy to lose sight of that when things get really intense with the band. The sabbatical was a good thing, we've all grown a lot as people and we're back with a fresh perspective, which is great when approaching a new release.

William: I now have a wonderful 2-year-old son who also loves hitting the drums and strumming the guitars. I also got a new toy to play with on the left of side of my drum kit...

What do you want to say to people who are looking forward to seeing you at Baybeats?

Desmond: Keep a lookout for fresh tunes and old tunes made fresh! It's uncomfortable to sit on the concrete seats at Esplanade's Outdoor Theatre so stand up and dance with us!

Dave: We are looking forward to seeing you too! We don’t gig as much as we used to, so we truly cherish the times we do get to play to appreciative audiences, not to mention we are really looking forward to performing our new materials…

William: Hope you all have as much fun as we do! We are really excited that it’s finally time to rock out with you guys again at Baybeats! Let’s make it EPIC!

Comeback Kids Part 2 with A Vacant Affair and Force Vomit