Words by Bandwagon
Photography by Dawn Chua (for A Vacant Affair)

This year at Baybeats Festival, we see a few familiar names that we haven't seen gigging around in a while. The likes of Wormrot, Force Vomit, Electrico and A Vacant Affair will be in the limelight again at this year's festival. Here's Part 2 of our Comeback Kids Baybeats Special featuring post-hardcore heroes A Vacant Affair and rock & roll veterans Force Vomit! 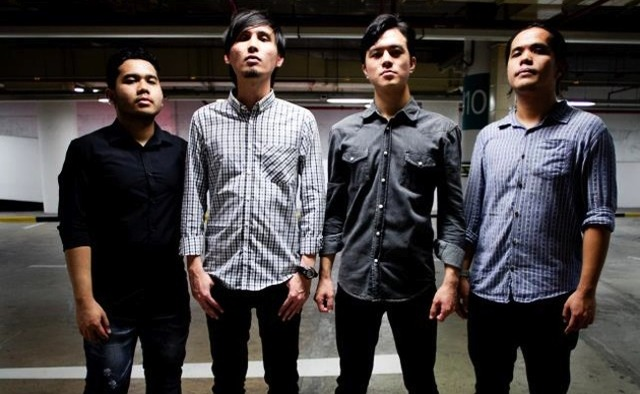 The last time we saw A Vacant Affair play, it was at The Substation as special guests in A Town In Fear's album launch. It was as if we were teenagers again, banging our heads and yelling along to "We Are Not The Same". Playing for their third time in Baybeats Festival this year, we chat with Matthew Lim (vocalist) about their hiatus and their long awaited return to the big stage.

How do you feel about being back on stage in Baybeats?

It's always great to play on a festival like Baybeats. This will be our 3rd time playing it and it's an honour to be able to come back and share our music with everyone again.

What have you guys been up to in your considerably long hiatus?

We have been really caught up with our personal lives. It's honestly quite tough to get all of us at one place most of the time. We still make an conscious effort to practice and write new songs. We do have plans to release something at the end of the year or early 2014 but we'll see how that goes. We definitely wanna release something awesome that all of us are proud of.

Tell us about the difficulties of juggling music on top of your job commitments.

We always have the best intentions but sometimes life happens. Sometimes it's emotionally draining. But if you are in love with music, you don't just let anything stop you. You keep pushing. And we are still pushing for our music, ever since Day 1.

Will we be expecting some new material in the upcoming show?

For the past few months, we have been working on new material actively. And we are really psyched to showcase some of it at Baybeats. We have a few shows lined up after Baybeats and we hope to play more of these new songs then as well.

What do you want to say to people who are looking forward to seeing you at Baybeats?

Honestly, we can't wait to hang out with our friends we've made over the years and make new friends as well. Besides that, expect nothing less than a typical AVA rock show! 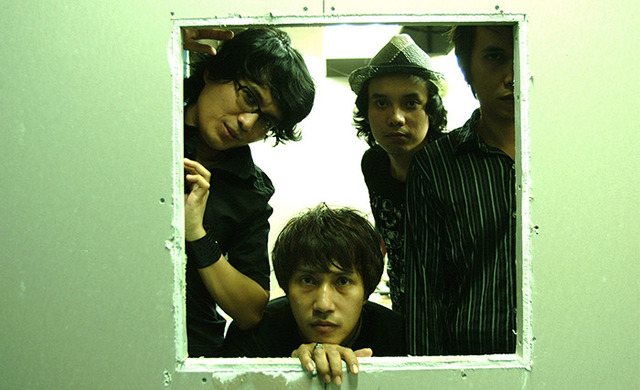 In our salad days, Force Vomit was THAT band you always look forward to see live. Full of jangly guitars, catchy hooks (who could forget 'Siti'?!) and an overall merry vibe, it's impossible not to leave their shows with a grin. We speak to Eddino Abdul Hadi (vocalist) on their return and their thoughts on the current music scene.

How do you feel about being back on stage for Baybeats?

There’s always mixed feelings about playing Baybeats. There is excitement of course, Baybeats is the biggest live platform for bands from the independent music scene here so there is a really good chance that we will get a healthy­sized crowd. And it is alway a fantastic feeling to play to big crowds, especially if they are into the music, singing, dancing or moshing along.

We’ve been lucky to be able to play in three previous editions of Baybeats and the audience have always been fantastic. And it’s that old cliche ­ the more the audience show their love, the more spirited the band are on stage, and that definitely applies to us.

But the big crowd and playing at an event that has become an institution also makes us nervous. Nobody wants to screw up and play badly in a big show like that, so there are always some butterflies in the stomach before we go on stage. But that usually disappears after the music starts.

One thing about Baybeats that makes me wonder though ­ it attracts thousands of music lovers, but where are these guys at the shows that happen at gig venues all over Singapore on regular weekends? It seems like they only turn up to watch homegrown bands in droves for major events like Baybeats.

What has changed in Force Vomit?

The change in members over the last 20 years have been too numerous to list down. We still play songs we wrote back in the mid 1990s but I think the band sounds a lot less garage­y and a lot more meaty now. The recent songs are also a lot less raw and basic than the earlier tunes. But I think we’ve managed to retain that sense of melody, quirkiness and urgency in all our songs, and we always write tunes that, hopefully, inspire people to get up and move.

As veterans of the Singapore music scene, what are your thoughts on the current state of music here?

I personally think that the scene has improved by leaps and bounds since the early 1990s when we started. Back then gigs were rare, and every show was an event where everyone turned up, regardless of the genre that you were into, as long as it was ‘alternative’. In comparison, plenty of gigs happen on any given weekend these days.

Obviously the internet caused a sea change in the scene ­ music is easily found online, unlike back then when you had to actually buy a CD or cassette from local acts, or go down to their gigs to actually hear what they sound like.

More Singapore bands are also taking their music and shows overseas and spreading your music out to new and bigger audiences is always a good thing.

Any new material we can look forward to?

We do have some songs written after the last album that was released in 2002. Some were recorded and released as singles, soundtracks or in compilations. Some of them are only played live and haven’t been recorded.

Any plans to record and release a new album?

Not right now but we never say never.

What do you want to say to the people who are looking forward to seeing you perform live in Baybeats?

Go to Baybeats and have fun watching everyone play there, not just us. And if you like the bands that you here, then check them out online, buy their music and merchandise and go spread the good word. And check out all the other gigs happening regularly every weekend too.