What to expect at Beer Market on a usual day: a cosy night, a round (or a few) of beer, a band playing familiar favourites, a chance to kick back and chill and maybe play darts. What we got last Wednesday: helium (HELIUM) balloons, champagne and beer buckets, a spread of buffet-apropos food, a succession of two Coldplay songs by the rotation of bands before Rock Revolution, a regular bustle for beer, celebratory toasts and people talking over the music. Basically, Beer Market was teeming with activity but there were the quiet bits to savour as well, like the repeat telecast Man City vs Norwich game in the sports arena and people having a low key game of darts.

Well there’s a lot to be celebratory about on this particular Wednesday. You wouldn’t be popping bottles so wantonly without a reason, but today, Beer Market turns 3 so all is well. The 3rd Anniversary celebrations meant that the crowds were there early to make merry. And the bands were there to lend a hand to the party. Jack & Rai and Ngak lit up the stage and did well in rousing the crowd pre-Rock Revolution with radio-friendly tunes that started sing-alongs and some dance-alongs. 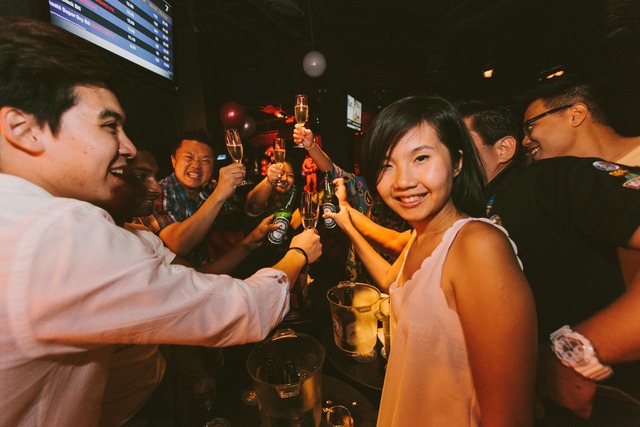 "The 3rd anniversary of Beer Market was awesome cause of many reasons, from the discounted alcohol, to the whole atmosphere that night which I believe was contributed by all the great bands who performed that night."

And when 10pm happened, it was time for the others to clear the stage for the magnificent Shirlyn and The UnXpected. The Rock Revolution has now begun.

Beer Market they may be playing on a midweek night, but know this: Shirlyn and The UnXpected are fully capable of playing the big stage as well. We know, we’ve seen them. What was most impressive was that they managed to retain that big sound and energy even at a smaller venue. 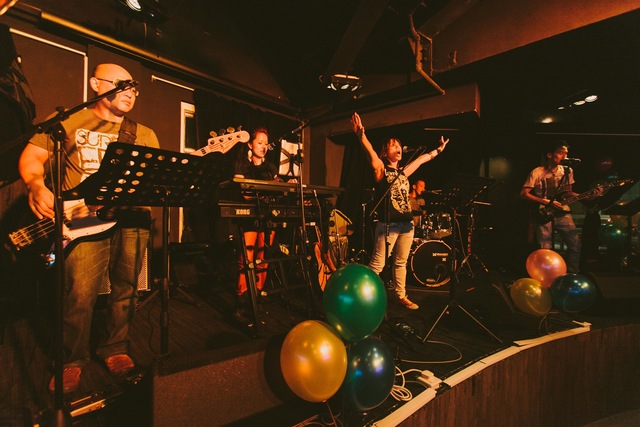 Already starting on a high, frontlady Shirlyn and co. kept the vibes throughout the three sets. With different beer going cheap at different points of the night, it definitely kept the crowd in longer. The band kept to their promise and sang an eclectic bag of songs dabbling in power ballads, soft rock ballads, Bon Jovi medleys and of course, real deal rock. Shirlyn and The UnXpected kept the setlist varied with Dream Theatre, Metallica, Franz Ferdinand, Queen and a lot of pub favourites. Simon Yong on guitars also spiced things up a little with his little improvisations in the songs. The band also took requests from bar patrons with ease showing that their song knowledge repertoire was huge. Throughout the night, Shirlyn and co. and took turns doing frontman duties. While the earlier music was a charming accompaniment over dinner, Rock Revolution is the closest you get to a rowdy English pub – a great thing actually. 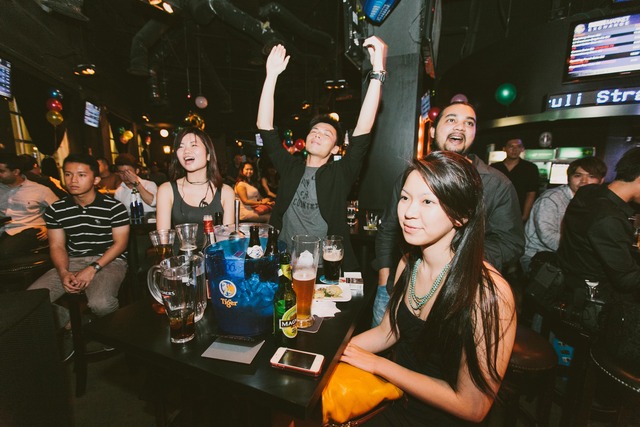 With a constant flow of $6 beers, quality pub grub, and a selection of bands on that one night, Beer Market was definitely streets ahead in how to host a small-scale big birthday party that segues to some sort of revolution in one single night. Pretty impressive, isn’t it?