As long as Bandwagon's Editorial side has existed, we've always been there at gigs, having fun moshing while making mental notes about what to write the next day. The practice of writing gig reviews has been embedded within us since Day 1. While we wouldn't expect all of our readers to be interested in what happened at Laneway, we've always tried our best to make our writing fun, light-hearted and as inclusive as possible. We're not ones for flowery words and complex phrases brimming with wit. We'll make our actions look altruistic in the name of journalism rather than admit we're just not that smart (shhhh).

It's been a crazy ride, from reunions to farewells along with the most hyped underground acts in the world performing on our shores. Singapore has been pretty fortunate on the gig circuit. We were there to witness most of them and lived to tell the tale. Here are some of the highlight gig reviews we put out. 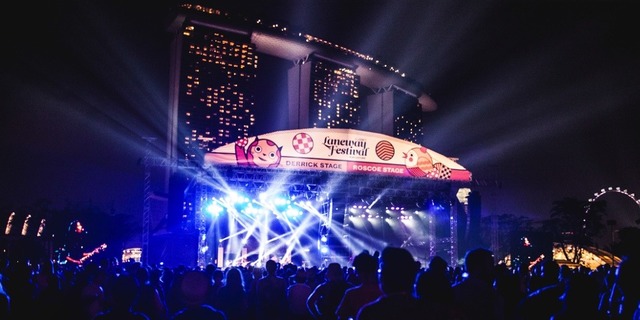 As always, Laneway produced a generally solid line-up filled with acts newly-inducted into the boiling pot of Pitchfork hype along with older and more experienced acts.

On synth-pop trio CHVRCHES: "Flanked by an impeccable light show, CHVRCHES held a dramatic sermon comprising of their catchy synthesized hymns, oh mother we have synthed."

On the downside of the otherwise excellent set by electronic music wunderkind James Blake: "The inability of the crowd to shut the f*ck up as requested by Jim in his last song 'Measurements'" 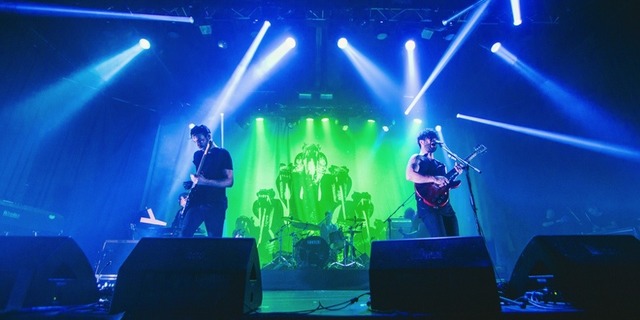 The Year of the Foals: SG vs KL

We had the pleasure of catching Foals both in our home country and in Malaysia. Our editor Daniel caught them in Singapore while our lead editor Delfina and former editor Ilyas revisited the terrific KL Live venue for their show with local favorites Monster Cat. Instead of penning a normal report, we recorded our conversation we had overlooking the Singapore River comparing shows.

On frontman Yannis at their KL show: "He's an excellent frontman, his showmanship is impeccable. I guess there's a reason why they won 'Best Live Act' before. I don't think I looked at anyone else onstage when Foals were playing. He does that, he commands your attention. I remember at Hostess, when Matt Berninger was somewhere taking a stroll with the crowd, the Dessner brothers were holding their own onstage so even when I was rubbing Matt's shin or something, I was still looking at the Dessners. But for Foals, it was all 'oh man Yannis is fascinating', my eyes were fixed on him."

On the band in SG: "In Singapore, Yannis also got an audience member to play the guitar with him, and I didn't hear anything shitty so the guy must've played well. It's a nice change I guess because the first time they were here, he seemed quite grumpy and standoffish. But this time he seemed genuinely happy to be with people and interacting with them. Also, he plays the guitar as well as handles vocals, and he's even a very good guitarist technically, which made me respect him more. But all of them are really, they have good songs and the technical chops to proof it, they're no cookie cutter indie band kinda thing." 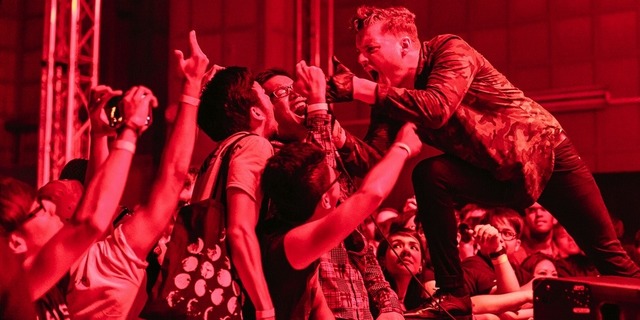 We got quite the treat last May when it was announced that post-metal critical darlings Deafheaven were dropping by. This followed a year of the band riding on a wave of hype that included the distinction of being 2013's best-reviewed album, beating far more popular contemporaries like Daft Punk and Beyonce. They were undoubtedly the biggest success story of the metal realm in a long time and they put on a stunning show here too.

"They showcased the overwhelming Sunbather album in its entirety, while also revisited Roads To Judah during the encore performance of 'Unrequited'. So much can be said about the triumphant album that is Sunbather. Both a sonic success and a favourite among critics (Pitchfork gave them a high score and a 'Best New Music' stamp on the album), Sunbather has pushed the perimeters of how epic extreme music can go. And yet, there is structure, and there is emotion. It translated profoundly into their performance that night; there were moments of loudness and aggression and in some rare pockets in between, there were seconds of serenity and enlightenment. We did hope for them to kick out their Mogwai tribute by playing Punk Rock/Cody live but later on Daniel Tracy informed us, "We haven't played that one in a long time, man." 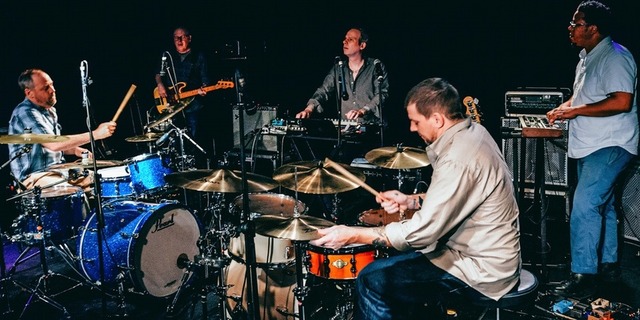 For those who missed them a few years ago when they dominated the Esplanade Concert Hall a few years back (aka us, for starters), we had the pleasure of catching them at a far more intimate venue this time. They were no slouches either.

"They’ve got their own euphonic ecosystem, this Tortoise, breezing through classics such as ‘Prepare Your Coffin’ to  ‘Swung From Gutters’ to ‘DJed’ and we’re reminded yet again why they deserve all the compliments they can get and all the applauds we can humanly clap; they’ve pioneered such a unique avant-garde sound that traverses all terrains. From the icy glaciers of ambient, to the beaches of jazz, to the deserts of post-rock, to the urban densities of indie-rock, they’ve managed to put all those landscapes together into one very fun isle." 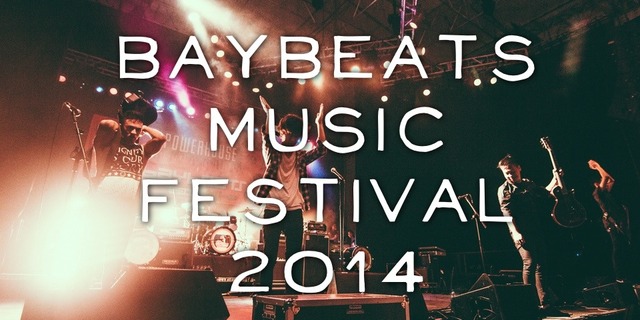 Everyone's favourite free-entry local festival showed no signs of slowing down this year, with yet another solid line-up that represented some of the best up-and-coming acts here along with those in our neighbouring countries too.

"All through Friday, Saturday, and Sunday, we found ourselves running around the Esplanade grounds for Baybeats 2014, consuming heaps of local, regional, and international music. Tiring it was, but discovering new music and relishing our favourite tunes live was pretty worth it. The 13th instalment of the annual festival offered a wide range of music for the weekend; if you feel like moshing in a crowd, or simply swaying to the music, if it's some cozy electronica you're looking for, or something without lyrics - there's always something at Baybeats for you. Here's what we checked out this year, and our huge takeaway from it!" 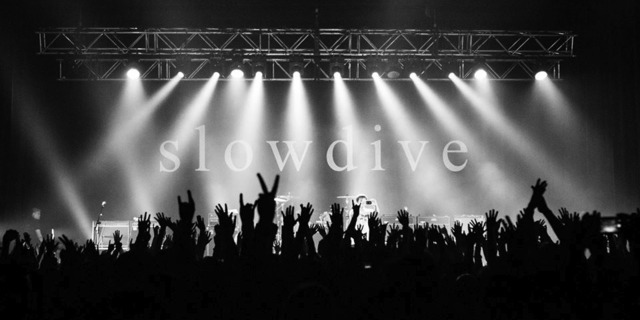 "The picks in the 14-song setlist felt tastefully deliberate, instead of just packed with their most popular songs. While there were obvious choices like 'Catch the Breeze' and 'Alison', the rest of the night was reserved for Souvlaki (their most acclaimed record to date) and Pygmalion, an album whose songs were not performed live before their initial break-up. I think it's safe to say the entire concert felt incredibly surreal. Just like The Smiths, many of us were not even around (or not into them at the time) when Slowdive existed at first. The fact that not only the original line-up got back together but they were playing right in front of us, I guess it was more than enough to look past the inconsistent sound mix." 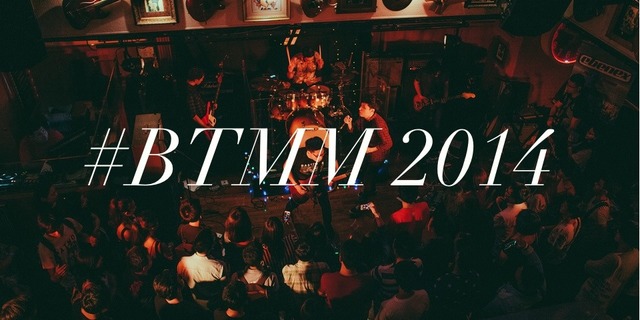 Rock, Roll and Everything In Between at Bandwagon: The Music Market 2014

While we first dipped our toes into organizing events a year prior, 2014 was the year we went head-on into doing our own events because we want to impress our parents that we can do our own thing. Our parental issues aside, our first big project was this year's Music Market. Instead of doing it as a free event in the comfortable confines of Lowercase, we stepped up and roped in Hard Rock Cafe to get involved. This meant that we had to make it ticketed, which got us a bit nervous, finally sharing the worries of every concert organizer in Singapore. It turned out alright in the end, with over 600 attendees and a lot of fantastic acts playing through the day, with a bustling bazaar to boot. 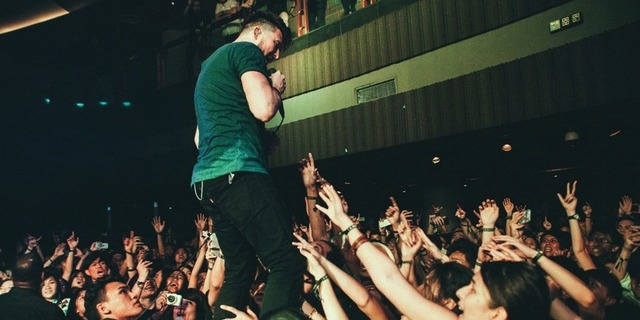 "The band were called back, however, for a special surprise by Upsurge. It turned out to be a video compilation of many members of the audience talking about Anberlin’s effect on their lives. It even featured clips of people covering their songs. It was the band’s turn to get emotional; Stephen Christian had his hand over his mouth the whole time, looking like he was struggling to fight back tears. While the band's farewell gift to us was an unforgettable final set, we were able to give something back. We’d never seen a moment shared by band and fans this special or personal and it'll stick with us as long as their music remains, reunion or no reunion. Anberlin assured us that this hiatus is far from goodbye and this farewell show? It was definitely a feel good drag." 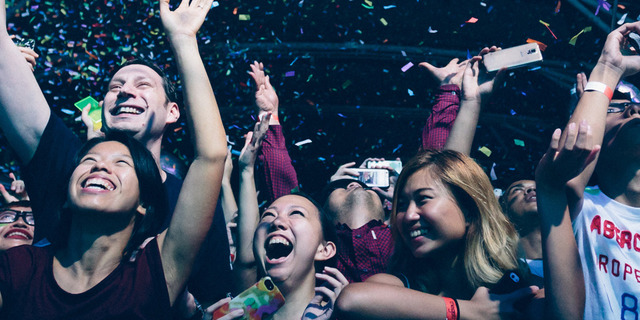 Tenacious D, The Flaming Lips and Bill Callahan. All in a succession of three days. Yes, we do know how to party.

On the craziness that is a Flaming Lips show: "By the time their first song 'The Abandoned Hospital Ship' reached its powerful climax, confetti rained down upon us as people welcomed it with open arms and wide-eyed smiles. 'Yoshimi Battles the Pink Robots Pt. 1' had the crowd at their loudest, singing along to Wayne musing about a girl with “a black belt in karate”, while 'A Spoonful Weighs a Ton' and the timelessly anthemic 'Do You Realize?' go us all teary-eyed in the moment. Dancers in inflated monster costumes danced on the stage while Santa made an appearance himself. Wayne summoned a giant silver balloon that formed the words “F*ck Yeah Singapore”. Lots of fog machines were almost able to completely blind us. Wayne Coyne crowdsurfed in a giant plastic bubble. Multi-coloured visuals on a giant LED screen took us to space. And yes, there was more confetti. A Flaming Lips show isn’t just a concert, it truly is an experience." 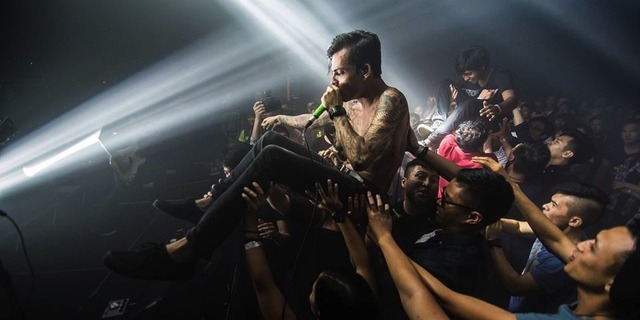 "There was a moment in the middle of Caracal’s set when the band paused to thank the people who have supported them in the making of Welcome The Ironists, and dedicated to them the next song, “Given Breath,” a slower post-rock number that had the entire crowd enraptured in a moment of the shared listening experience- that which is the end goal of a live music performance. Caracal certainly put on one hell of a show."