The mission of Seattle-based rap group Shabazz Palaces is not to please or cater to existing tastes. It is meant to provoke; be it love or hate. Their music serves as a catalyst for further thought: where else can hip-hop be brought to? We’ve come to a point in music in general where so many genres have formed and scenes have developed. What next? Shabazz Palaces doesn’t offer any direct answer. They provide possibilities.

A little back-story for the uninitiated before we get down to their inaugural set here (spoiler: it was amazing). The group was formed by Ishmael “Butterfly” Butler, who rose to prominence as the ringleader of jazz-rap group Digable Planets in the early 90s. After two albums, they broke up and Ishmael hid away from the spotlight. Fast forward to 2010 and Ishmael re-emerges with a new moniker, Palaceer Lazaro, and a new group named Shabazz Palaces. 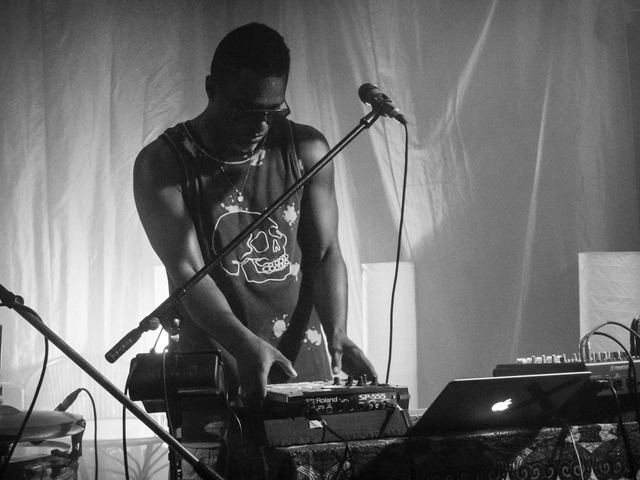 Not much is known about this mysterious new group but excitement grows. Here's a hip-hop veteran that, instead of using his cred to produce yet another familiar Digable Planets record, decides to reinvent himself and the way he approaches music-making. Their EPs are released and mixed reactions are formed. Some get it, some don’t. And that’s what they’re all about. It was a big surprise by local hip-hop organizer Propaganda Productions when they announced Shabazz would perform on our shores for the first time. Riding on their 2011 studio album debut Black Up, they decide to dip their toes into the uncertain Asian market, reflective of the audacious spirit the band sports by charting into unknown territory.

The famed tiny, cornered stage in the confines of Home Club was draped with exotic cloths all over a set of instruments that ranged from exotic percussions and bongos to a drum machine and... an iMac. It was a perfect complement to the band’s ongoing fascination with primordial Arabic imagery. DJ Nez provided a much-welcome opening set of abstract beats and downtempo sounds that warmed up the audience, enough on its own to get people moving. We even spotted a nice sample dropped in his set by Quasimodo, an alter-ego of modern hip-hop legend Madlib.

With all eyes on the peculiarly-furnished stage, the enigmatic duo took their places side by side and launched into a collage of warm fuzz. On record, they have many subdued, catchy moments but their live presence is a completely different ballgame. Their compositions were given new life with interstellar improvisation that possessed the same intense, unrestrained energy as their forefathers in free jazz. Their penchant for intricate rhythms was noticeable especially when they gleefully shifted between time signatures, projecting an unpredictable stream of sound.  Songs off Black Up sounded particularly captivating live with electronic beats made on-the-fly pronounced by enthralling live percussion. 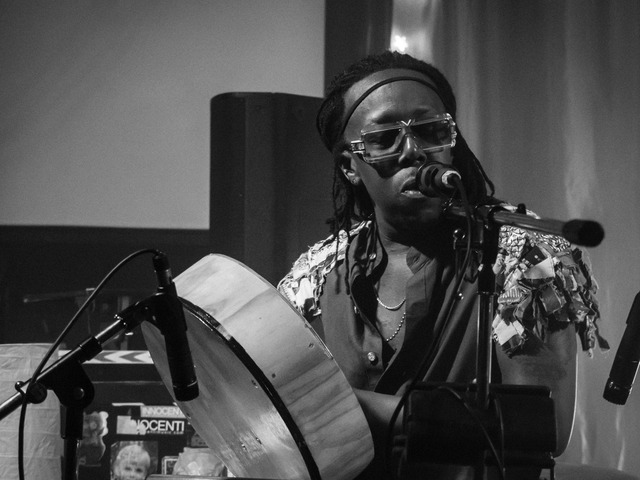 'An Echo From the Hosts That Profess Infinitum', a highlight from their excellent debut album, sounded particularly primal live while the grimy underground beats of 'Free Press and Curl' and 'Youlogy' were hindered by a particularly sub-par live mix. Ishmael himself kept bugging the soundman to turn up the volume on his beat machine throughout the set. Speaking of which, the famed Digable Planets frontman was a peculiar figure on stage. He flowed through his lines effortlessly with a modest style that contrasts many of the showy, charismatic rappers in hip-hop both underground and mainstream. On the other hand, he still carried himself with considerable magnetism, name-dropping Singapore between verses like a seasoned MC while bopping hard with multi-instrumentalist Tendai Maraire, who on the other hand was completely lost in the music.

What really made their performance so enticing was that they were indeed performing...you know, "live". Many electronic and hip-hop acts out there rely a lot on pre-composed beats to carry them through their set. The duo were more interested in the marriage of digital beats and live instrumentation. With their psychedelic free-form nature, it's a daring move but it worked. Shabazz Palaces are without a doubt one of the most exciting music projects out there and their live show is a perfect testament to their game-changing music.

Props to Propaganda (hurhur) for bringing such a quality act to our shores. We can only hope people like them will start to bring in more hip-hop groups here. (Death Grips and MF Doom, please?) 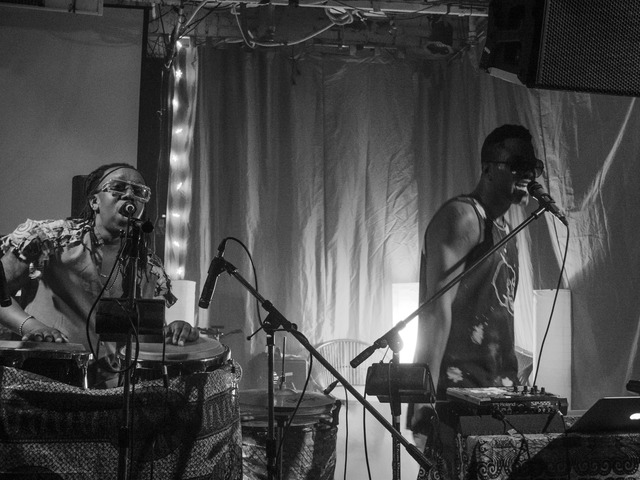