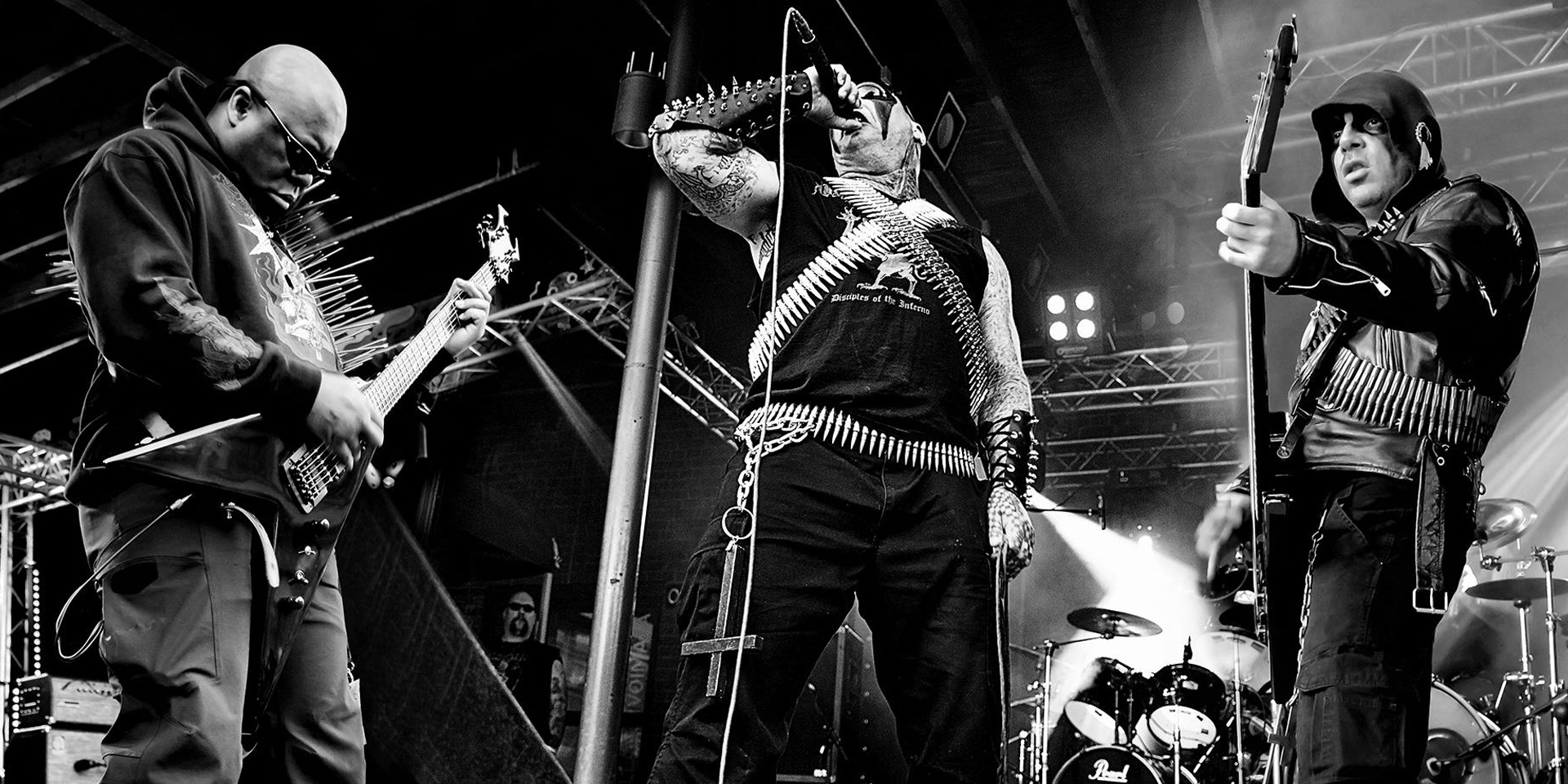 Singapore is set to play host to two of black metal's most revered bands this September.

Ravage Records and S.B.M.S. Festival are working together to put on a night of metal madness in Singapore. The line-up for the festival currently consists of Blasphemy (Canada), Horna (Finland), Balberith (Singapore) and Hellishlinthar (Malaysia) with more bands to be announced in the coming weeks.

Both headliners, Blasphemy (pictured above) and Horna, will be playing in Singapore for the first time. Blasphemy are widely considered to be a pioneer of black metal, with the band's existence dating back to 1984. Despite having only two studio records under their belts, the latest being released in 1993, the band has managed to continue its run as a top-bill band since their return in 1999 after a six-year hiatus, and a hiatus from 2004 to 2009.

Horna, on the other hand, have been a constant in the black metal scene since their debut in 1993. The band has over 30 studio releases which include albums, EPs and splits.

S.B.M.S. Festival is set to take place on Saturday, 29 September. Venue to be confirmed. Tickets can be purchased at Ravage Records for S$50 (limited) or S$70. Bank transfers are also accepted. For more information, check out the official event page. 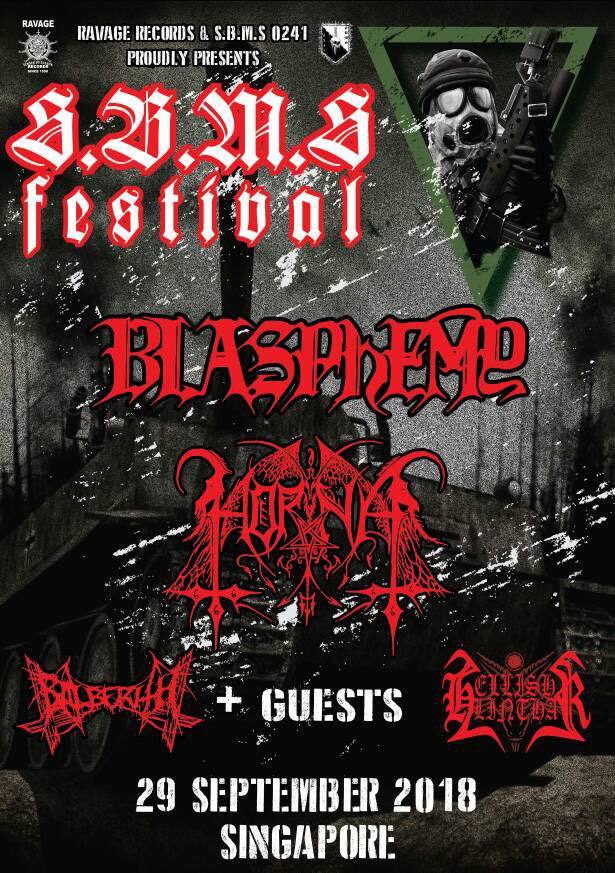