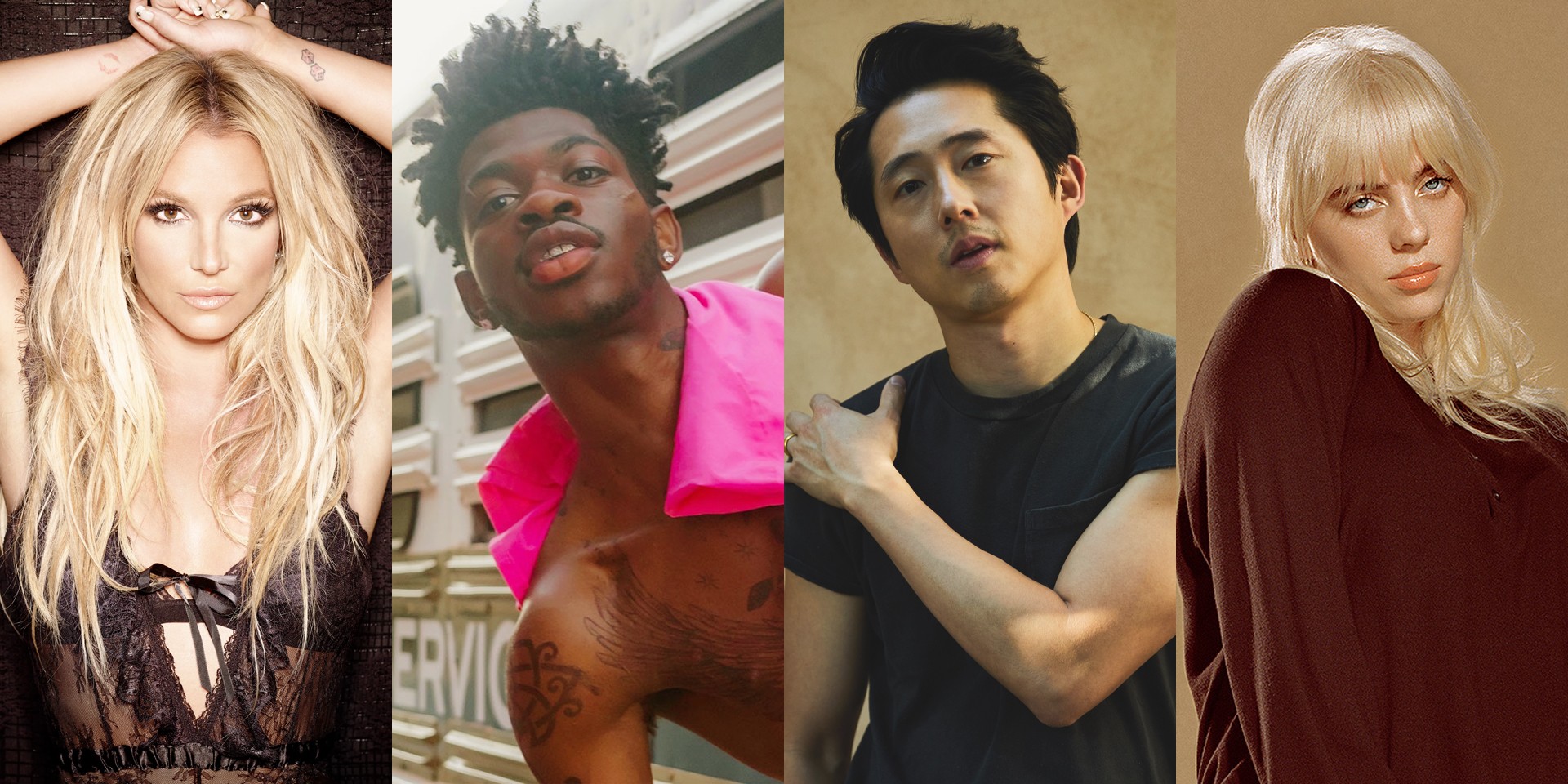 Britney Spears, Lil Nas X, Steven Yeun, Billie Eilish, are among the most influential people in this year's TIME100.

On Wednesday (09/16), TIME shared the 100 most influential people with the 18th edition of the annual TIME100 list, which feature leaders and icons fighting the good fight in building a better and more inclusive future for everyone.

Introducing the 2021 #TIME100 featuring the 100 most influential people of the year https://t.co/NEApPrOrN0

The list, overseen by TIME100 editorial director Dan Macsai, was curated by TIME journalists from across the globe.

"She’s iconic. A legend. One of the most influential artists in pop-music history," Entrepreneur and philanthropist Paris Hilton writes about Britney Spears, who has been under the limelight for fighting through trauma and abuse from her ongoing conservatorship. #FreeBritney trended all over social media and has inspired devoted fans to rally behind their queen.

GRAMMY Award-winning artist Kid Cudi gives a nod to Lil Nas X as an artist who isn't afraid to break social norms to express his true self.

"To have a gay man in hip-hop doing his thing, crushing records—that is huge for us and for Black excellence. The way he’s unafraid to make people uncomfortable is so rock ’n’ roll. He’s a true rock star," Kid Cudi writes.

The Walking Dead and Minari star Steven Yeun's heart overflows with compassion, empathy, love, vulnerability, and care, according to Thor actress Tessa Thompson. Having become the first Asian-Amerian to be nominated for the Academy Award for Best Actor, Yeun offers hope to many.

Thompson writes, "He’s a deeply fantastic human and a true leading man. It’s been very gratifying to see him become one of the Internet’s boyfriends."

BTS' 'Butter' remix collaborator Megan Thee Stallion describes Billie Eilish as "a unique soul, with a voice, style and attitude all unapologetically her own."

Megan recounts this year's GRAMMY Awards, where she first met Eilish. She writes, "She is a rare spirit who speaks from her heart with no pretenses. I knew I had found a kindred spirit that night. One who is strong, but still learning and still growing. A woman who stands up for herself and advocates for women everywhere."