Cafe Fest Singapore 2014 is happening over this weekend (6 & 7 September) and it will be quite a treat for those inclined to cafe-hopping. With an array of cafes setting up booths to suit the discerning palettes of caffeine lovers and pundits alike, we imagine people aren’t going to get much sleep this coming weekend.

We admit we’re not coffee connoisseurs. To us, coffee’s something you'll need to start the day so you won’t die out mid-afternoon after an intense late-night session of DOTA. We only know the kind of coffee to usually avoid are the maliciously bitter 3-in-1 packets; the ones that permeate offices all around Singapore. Not ours though, thankfully. Our extensive knowledge goes as far as the milky awesomeness of Penang white coffee. However, it’s no secret that a great cup of coffee always goes hand in hand with great music. So it was with the generous invitation by Spotify that we were able to learn about the music tastes of two different cafes while ingesting a pretty massive amount of caffeine in a single night.

Here’s what went down!

Cafe: Spacious, posh yet unassuming decor with lots of room. 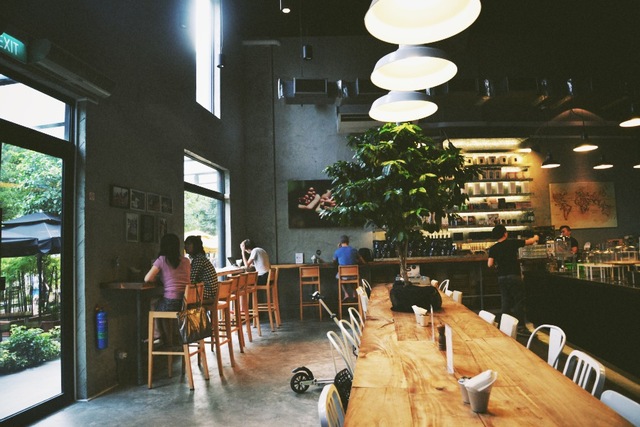 What's playing: A concise but stylistically diverse set of songs; the Spotify playlist set-up by Justin Lam, head of Toby’s Estate Coffee Asia, is meant to be a well-rounded representation of the company and its employees. There are the usual contemporary top 40 suspects (Lorde, Bruno Mars, Swedish House Mafia), personifying the tastes of the young blood who make up the bulk of the service sector of the company. It also features urban pop music by John Legend and Alicia Keys, even going as far back as Michael Jackson’s Black or White. Meanwhile, Justin himself added in a personal favourite: Flamenco Sketches, a fantastically moody piece by the legendary jazz musician Miles Davis.

The rest of the playlist served to symbolise the company’s efforts to reach globally. Buona Vista Social Club and Astor Piazzolla, both Central American acts, represent the company’s deep ties with the continent where their coffee plantation lies in Panama. There’s the addition of Crowded House and local singer Olivia Ong, with the former a nod to their Australian roots and the latter to their newfound home. Oh yes, there’s a track off the Neon Genesis Evangelion soundtrack too. They like their anime.

What's brewin': While listening to the playlist, we had the chance to taste their special affogato dessert while also trying out the various forms of cold brew. One of their trusted employees, Alif, graciously explained the deliberately slow process of cold brew coffee. He even demonstrated the huge difference it made by using different types of water. Honestly fascinating. 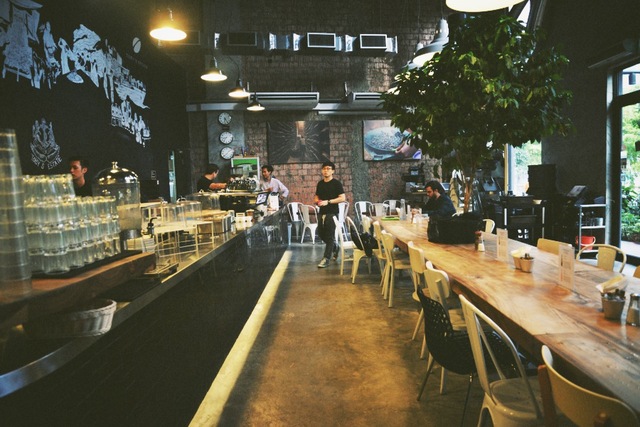 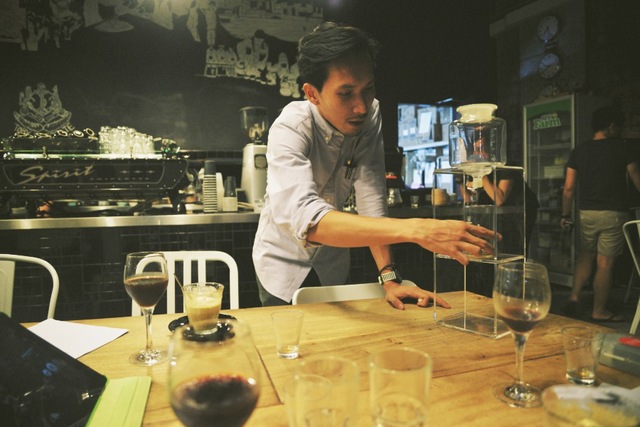 Listen to the Toby's Estate sound:

Cafe: While Toby’s Estate had a generous amount of space with a penchant for minimalism, Oz Specialty Coffee was a hole-in-a-wall cafe that offered a picturesque setting amidst the bustling Thomson neighbourhood.

Vibe: Generally relaxed, with shelves of books and magazines to make you feel at home. There was even a turntable! 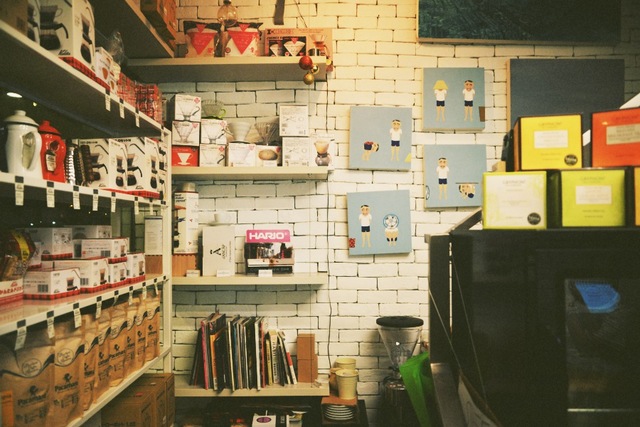 What's playing?: OZ’s playlist focuses a lot on mood. Co-owner Peh Li Hao, who curated the 41-song playlist, wanted the playlist to allow their customers to relax and chill out, while still listening to songs that are catchy and rhythmic. Consisting of primarily uptempo music, the playlist as a whole is accessible showcasing a dominance of indie pop and electronic music.

From established acts like The xx, Feist and Drake to hotly-tipped new exports such as MS MR,  London Grammar and Woodkid, Li Hao is an obvious modern indie music aficionado. We even spotted a track by These New Puritans. +10 cool points, man!

What's brewin': Before we buckled down for the cupping session they prepared for us, we first had our latte fix accompanied by the smooth urbane sounds of Chet Faker. After the hardcore caffeine session at Toby’s Empire (well at least to us greenhorns), the latte was a welcoming respite.

Demonstrating the proper method of tasting coffee (and we mean proper, with specialised spoons and cups), co-owner and de facto coffee specialist Will Leow, introduced us to four different sets of coffee beans from their specialised country of origin. We got to try out coffee beans directly imported from Ethopia, Guatemala, Kenya and Rwanda. One of them had a taste surprisingly reminiscent of Ribena. 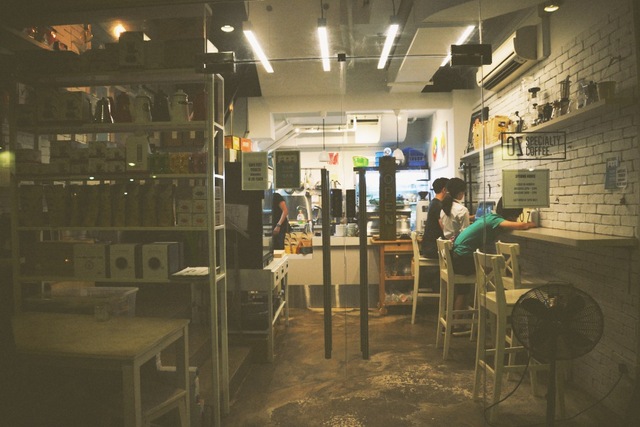 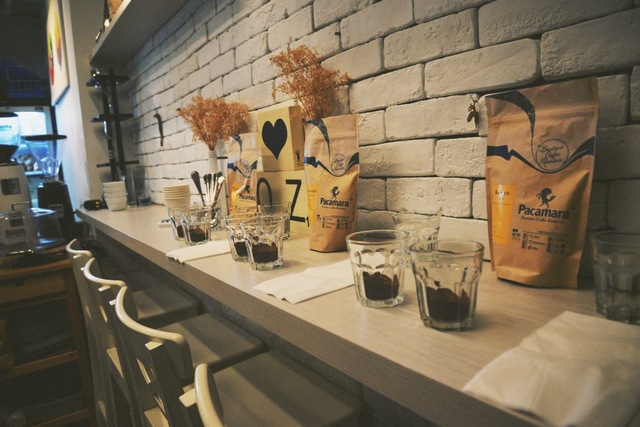 Listen to the Oz Specialty sound: