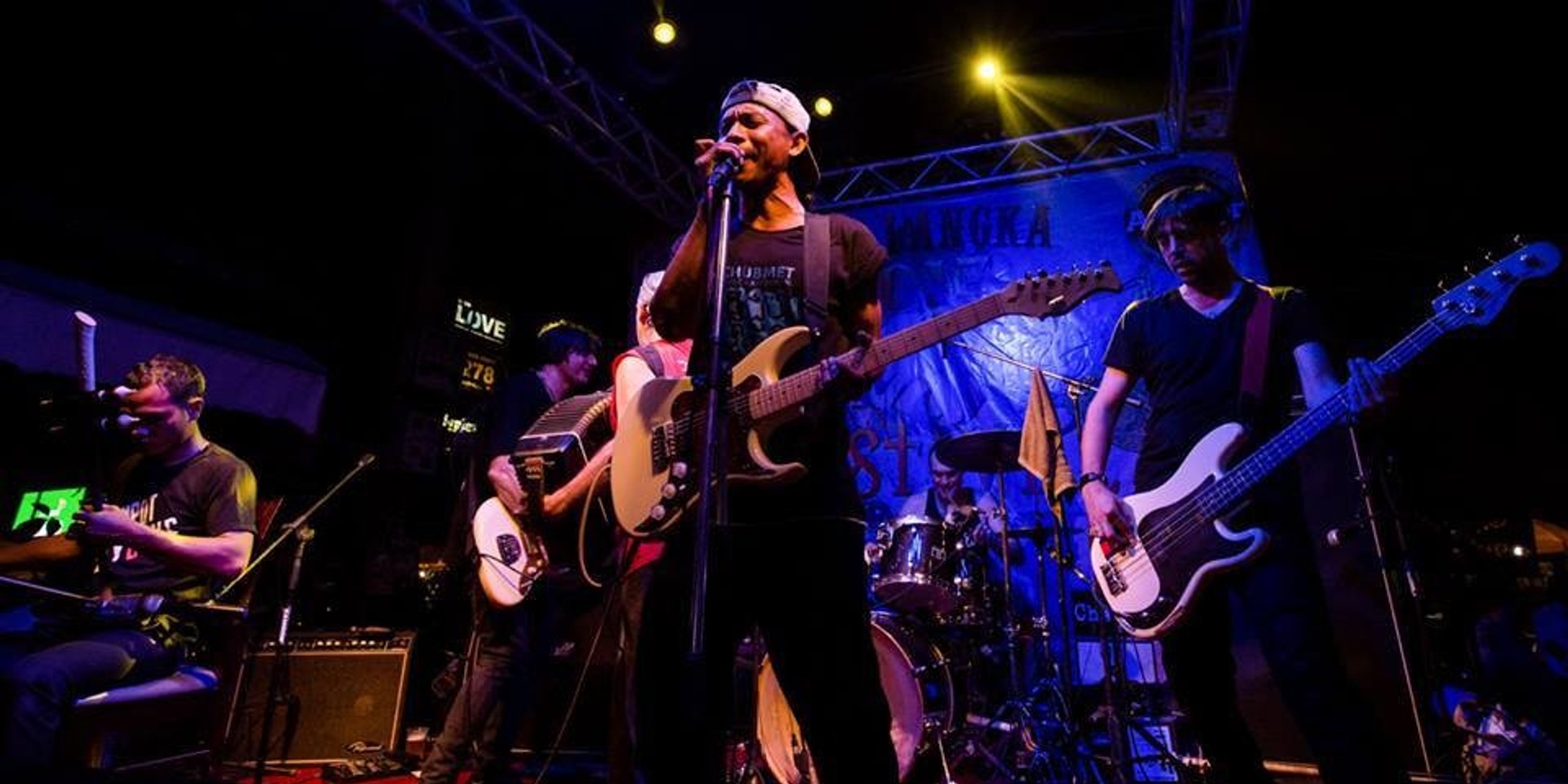 Cambodian psychedelic rock band Kampot Playboys will be performing in Singapore this Saturday, 26 May.

The six-piece will be playing their unique blend of psychedelic rock, Khmer vocals and Tro Sau Toch, a Cambodian bowed instrument. Brothers Mark and Ben Chattaway provide driving bass and drums while Uk Sokchiet and Bong Tro take care of vocals, guitar and Tro Sau Toch duties. The band will be releasing their debut studio album on June 1 after having been a band since 2011.

Kampot Playboys will be performing at the Angkor Encore Weekend Festival this weekend. The festival, organised by the Asian Civilisations Museum, will offer a peek into the life and times of Cambodians through music, art displays and more activities. The festival, which will take place at Empress Lawn, is free and open to the public.

Kampot Playboys will be performing at Angkor Encore Weekend Festival, Empress Lawn on Saturday, 26 May from 6pm to 7pm. Entry is free.