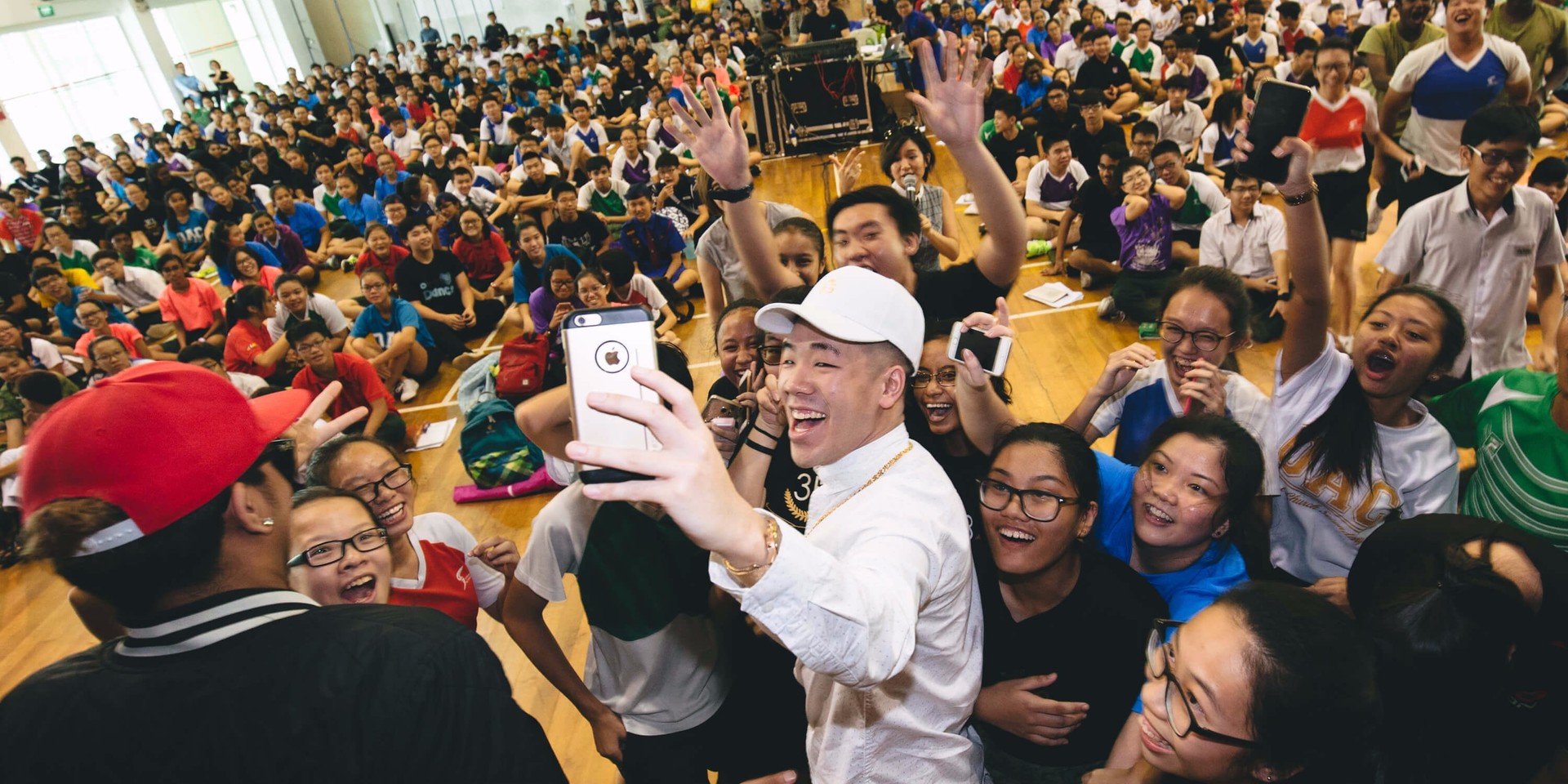 Home to familiar squeaky scuffing of all white Bata shoes accompanied by the whirr of inadequate fans, students of Christ Church Secondary School file past the collapsing doors of their school hall for assembly.

The time has come to sit through yet another talk by yet another guest speaker. But on this particular day, students are filled with neither the typical ambivalence nor borderline dread. Instead of the all too familiar spiel on how we all really want to grow up to become doctors, bankers or lawyers (the time-tested mentality that has resulted in oversaturated markets), *SCAPE Invasion butts in to offer an alternative.

Coming on stage is Evan “Evanturetime” Low to deliver a talk on “How To Be A Music Producer”, giving the students a rundown on how to start building your career in Singapore’s music industry. 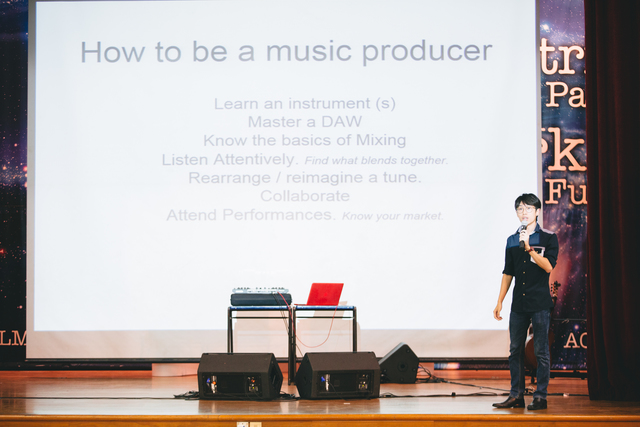 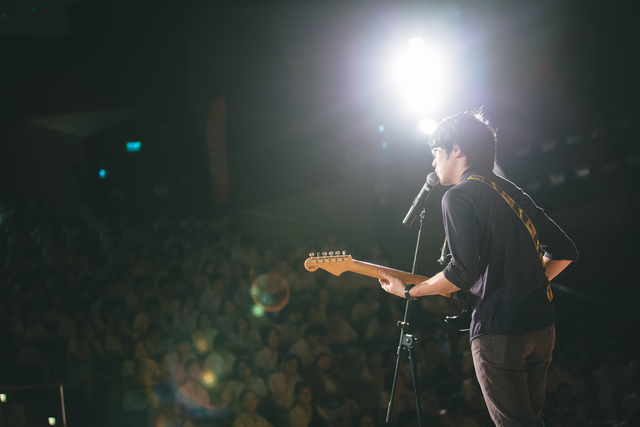 On a mission to bring home-grown acts to the attention of young Singaporeans, Invasion teams up with *SCAPE for a second year to bring some live-music starved school goers the pick of our local musician crop.

The tour spans several months and has so far hit up schools like Canberra Secondary School with acts like Charlie Lim and Nathan Hartono, and Temasek Junior College with iNCH, Tim De Cotta and Sezairi.

For this leg of the tour, *SCAPE Invasion has even got local “urban street label” Flesh Imp on board to put together some canvas swag bags for some lucky students, which contain such goodies as a t-shirt and a snapback. 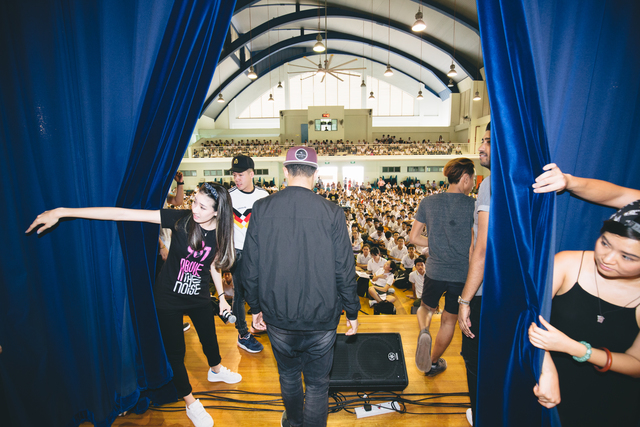 This entire operation is no doubt a labour of love, and when we asked some of the passionate *SCAPE Invasion team how the tour has been going thus far, it’s been a rousing round of positive feedback.

“So far it's been great,” production manager Adin Kindermann tells us, “the schools we've hit are always excited to have us, and it's been a pleasure spreading the good word."

This wasn't always the case, and it's only been in recent years that school's became more receptive to the Invasion. "Seeing as how now a lot more schools are contacting us rather than the other way around, the mindset shift has been really encouraging," organizing team leader Vygeshwari explains.

In a bid to further integrate students into the *SCAPE Invasion process, a “Street Team” — comprising students who are “interested in music management, music journalism, events, photography, videography” and other such creative outlets — is brought on board to help with the performances.

*SCAPE Invasion team member Christian Sng recounts how when he was “14 [he] was present at the previous life of *SCAPE Invasion Tours”. That exposure spurned him to dream about working in the industry, and now, in “knowing that at every show there might be that one or two kids who will go on to make music their career,” Christian says this “makes it all worth it." 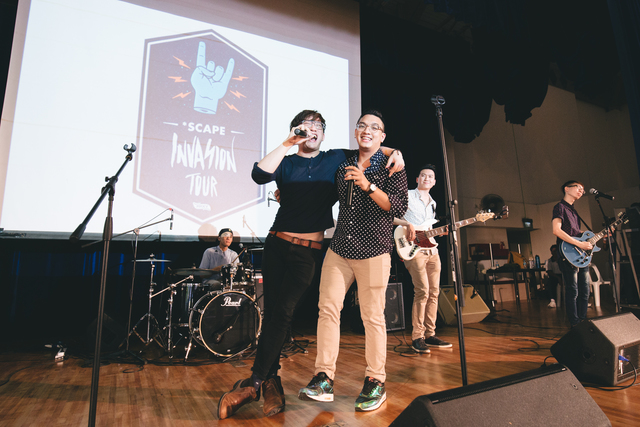 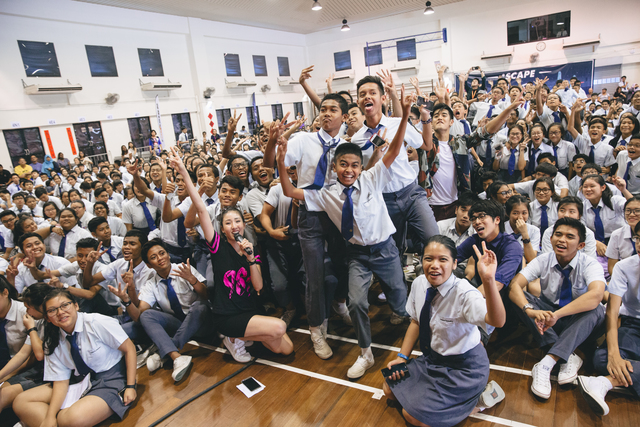