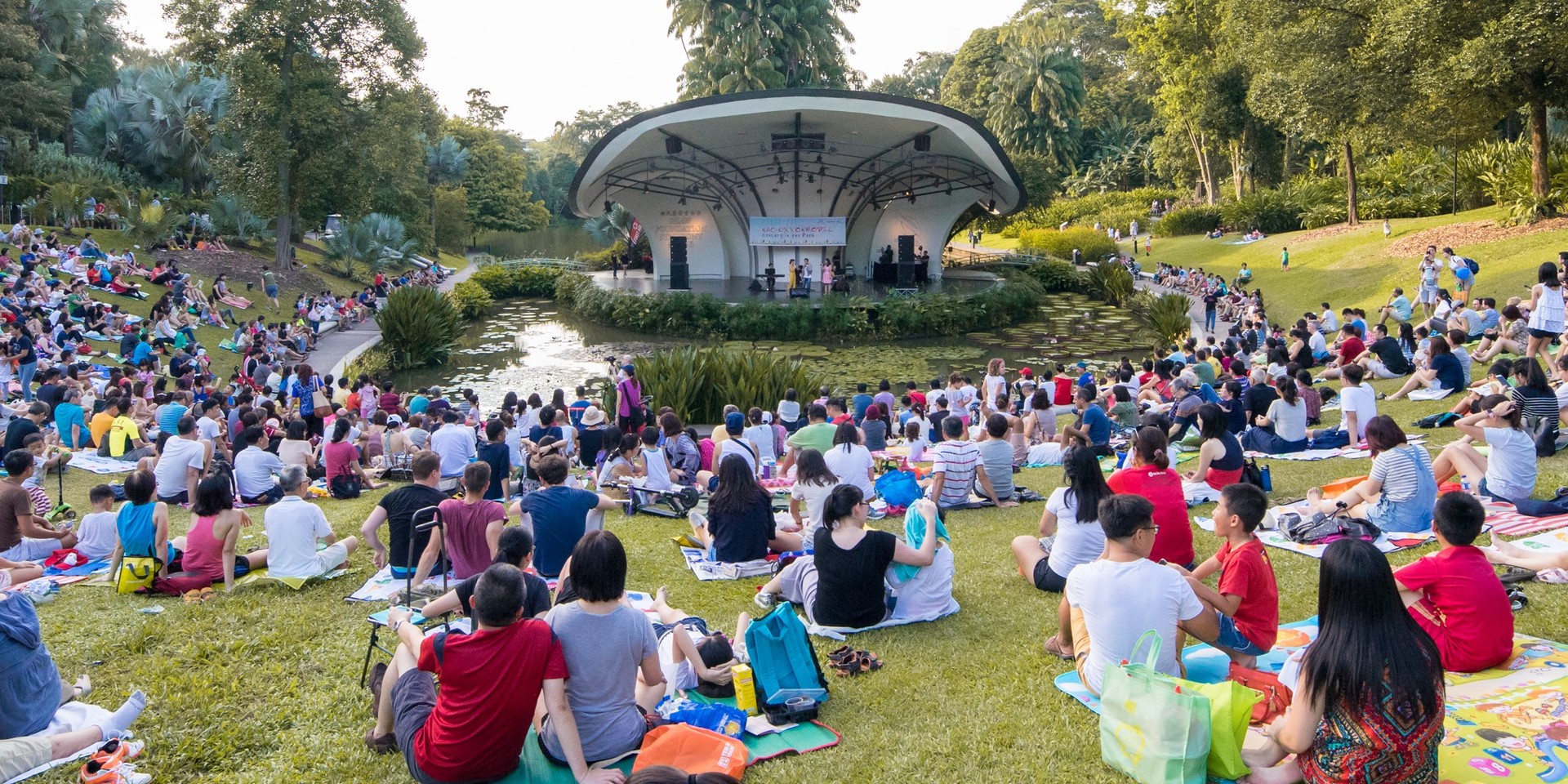 Presented by NAC-ExxonMobil Concert in the Park

In 1996, the National Arts Council and petrol company ExxonMobil launched the first edition of Concert in the Park. It's not hard to see why this has since become one of Singapore's longest running public concert series: invigorating live music in the lush green environs of the Botanic Gardens on a weekend afternoon – for free – is pretty hard to resist.

We talked to Charlie and M1LDL1FE's Paddy Ong (vocals) and David Siow (bass) about adapting to different performing settings, taking on the challenge of playing in an unusual space, what they'd bring to the Botanic Gardens as an audience member and more. 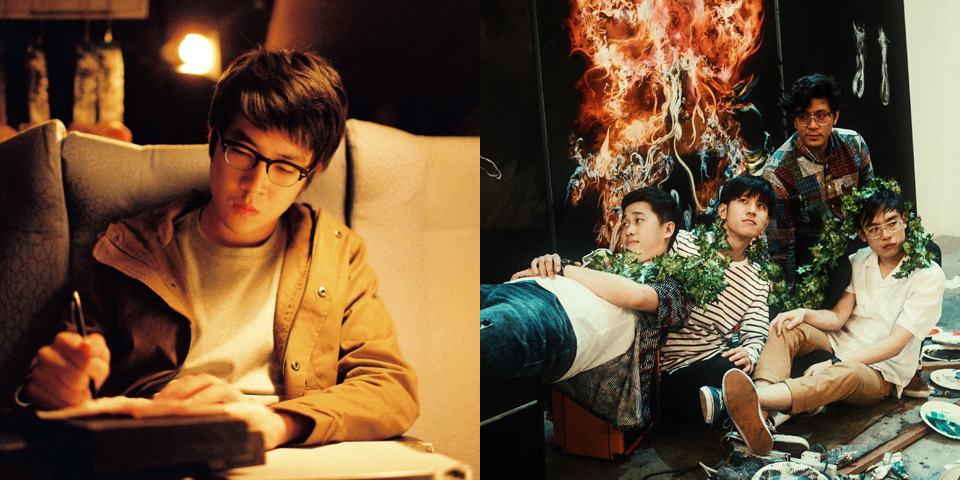 Have you performed at the Botanic Gardens before? What memories do you have of performing there?

Charlie Lim: I believe we performed last year or the year before. It’s really fun. Obviously it’s a very beautiful space, but I think that time we played was during the haze period. The PSI was off the charts, so that was pretty surreal. But people still showed up, for some reason. Maybe the air is actually cleaner because you’re in the gardens, I don’t know?

Paddy Ong: It’ll be our first time performing. It’s pretty cool. There’s a moat between you and the audience. [laughter]

The Botanic Gardens is very beautiful, but it’s a very different setting from what musicians usually play. How do you respond to different live settings, especially those you’re not familiar with?

David Siow: I think when the settings change for us, the pace changes as well. So it depends on the context of the space and the audience. So I imagine at the Botanic Gardens, the pace will be slower. People walk slower, talk slower. It’ll be a bit more relaxed. You’re breathing fresh air. I think that would translate into our energy as well. The current pace of life for those few hours – we try to adapt to that as well.

Charlie: It’s a public space, people will be there not knowing who we are, as well. It’s not a ticketed event, so the format is a bit different. I assume they’re also there, like what David’s saying, to relax or just enjoy the atmosphere. So it can be a bit awkward sometimes, if you’re playing something a bit too heavy or a bit too dynamic, per se, especially if you’re playing in the afternoon.

On my end, it might be interesting because I’m not playing with the full Mothership this time. We’re just doing a little combo band setup, and we’re just going to jam out and see what happens. It’ll be groovy and might be a bit more easy listening, which would probably suit the vibe as well.

Paddy and David, are you guys thinking of doing anything different? Your live set tends to be a bit more upbeat, but that might not fit the setting this time.

Paddy: Not that we had anything in mind. I think we’re just excited about the fact that we’ll be on the big stage. So that itself, the space available – maybe we’ll want to go the other way and sound big. I don’t know. Maybe that will work in our favour.

David: Ya, nothing in particular we’re deciding to do specially. Maybe go swimming. In the moat.

Paddy: Ya, even though our reverb settings can be quite wet. [laughter] We’re just going to play our show and see how it goes.

All three of you have played various venues over the years and I just wanted to ask, when it comes to having live music in different or unusual public settings, do you think that’s valuable when it comes to improving as a performer?

David: It does throw you a curveball sometimes. It makes you re-evaluate how you approach each gig. I remember we did this library gig one time, all these kids studying and we come in and go “Um…” When we started playing, they all took out their earphones and plugged in, because we were making a disturbance in the library!

Paddy: What did we do ah?

David: Well, we were sincere about it, asked the sound guys to turn down the levels, played and sang more gently. Eventually they took out their earphones and became more open to the music. We didn’t try to force it down their throats from the get-go. It does force you to think about how to compensate for different settings you’re not used to, or even trying different sounds. It’s a valuable experience.

Charlie: I grew up playing in dodgy bars and all sorts of random settings, and the guys playing with me are seasoned session musicians so I think we’re quite comfortable with whatever you throw at us. I think this will be a fun challenge to see what we can come up with because we haven’t done anything like this in a while.

What other Singaporean musicians and bands do you personally think would be cool to perform in a setting like Concert in the Park?

Charlie: I would love to see Cheating Sons play something like that. I don’t know if they play many shows these days, but an outdoor gig like that would be really cool for them, I think.

David: Programming-wise, I’d also love to see some contemporary jazz that incorporates chamber instruments. You did that before, right, Charles, with some philharmonic orchestra?

Charlie: Yeah, but that was much more of a pop orchestral adaptation of my tunes and other covers. Getting Chok Kerong’s ELEVEN or a similar ensemble would be really cool for a setting in the gardens. And I guess people who aren’t tuning in as actively would still be able to appreciate the ambience, because it’s not as sonically aggressive or offensive compared to electronic or rock music. 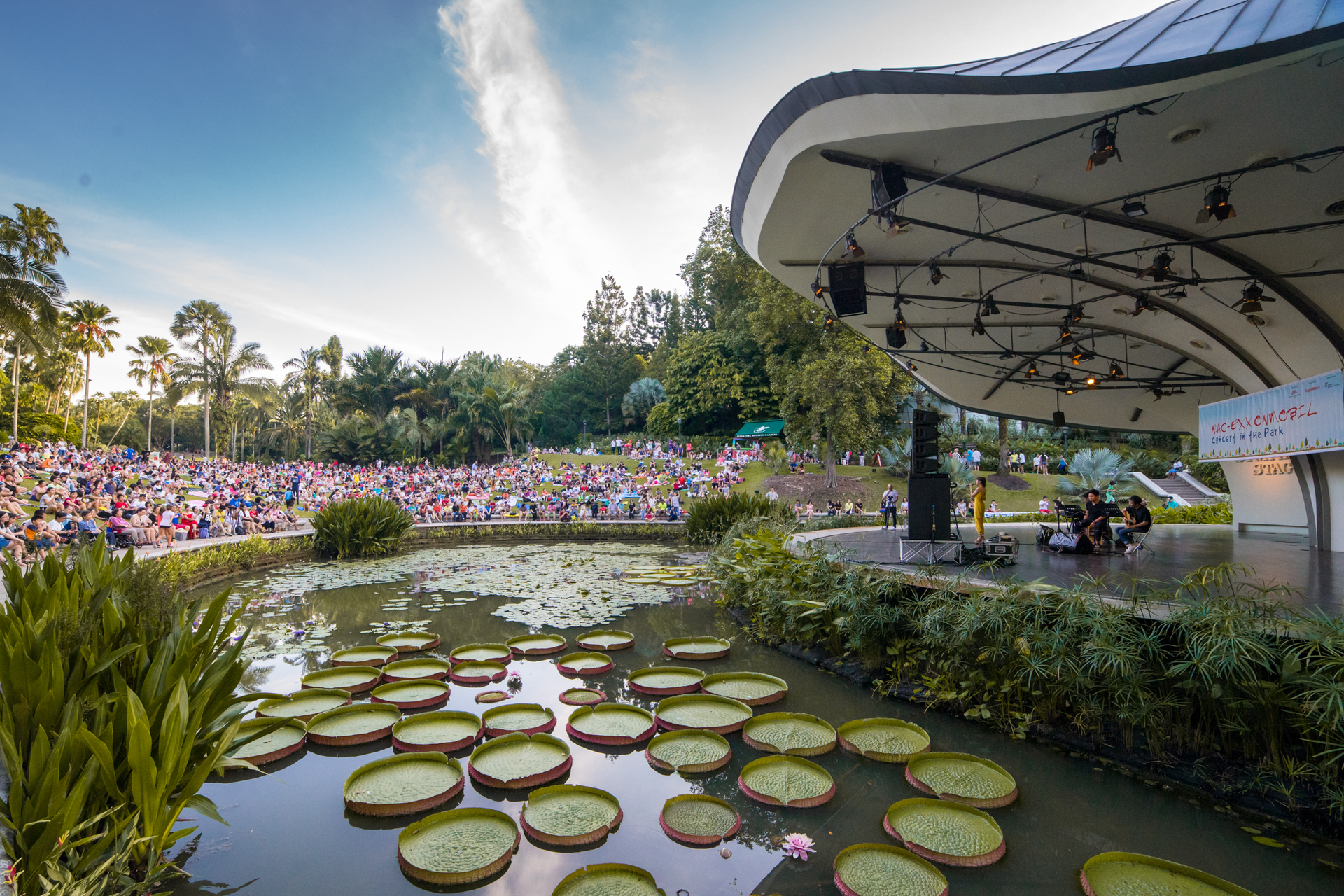 If you were in the audience at an outdoor concert like this one, what would your three must-haves be? What are you likely to have in your picnic basket?

Charlie: I’m a germaphobe so I would like to have a mat to sit on. A good, sturdy picnic mat, that you can either dispose of in an environmentally friendly way, or like a very easily cleanable mat, because mats are hard to clean. If someone could come up with a cool, easily washable or biodegradable mat, that would be great...

David: Or shelter. Like an umbrella thing that you can shelter yourself with. [laughter] Business idea.

Paddy: I just want a sunscreen or sunblock that doesn’t feel greasy or sticky when you put it on, and doesn’t feel like you’re wearing anything, know what I mean? Because UV rays are getting kind of bad nowadays. Apart from being tanned and having ugly tan lines, skin cancer is a very real threat. But at the same time, it’s kind of annoying putting it on because it gets everywhere, it gets sticky and you smell like sunblock. So if there’s a sunblock that does what sunblock does and doesn’t do the rest of what sunblock does, that would be great.

To wrap up, could we ask you to talk a little bit about upcoming music that audiences can look forward to at the concert or maybe after?

Paddy: We have something exciting coming out sometime in March, stay tuned!

Charlie: I’ve just been working on my record. So this show will be a nice little break to get out of the studio and jam with the boys again. We’re just going to play the usual stuff with a few surprises, just re-contextualised in a quartet, combo band format. I think it’ll be interesting for people to hear. But the new album’s coming soon. Hang on!

The NAC-ExxonMobil Concert in the Park with Charlie Lim and M1LDL1FE will take place at the Shaw Foundation Symphony Stage in the Botanic Gardens on 11 March, Sunday, from 4.30 to 6.30pm. Entry is free.