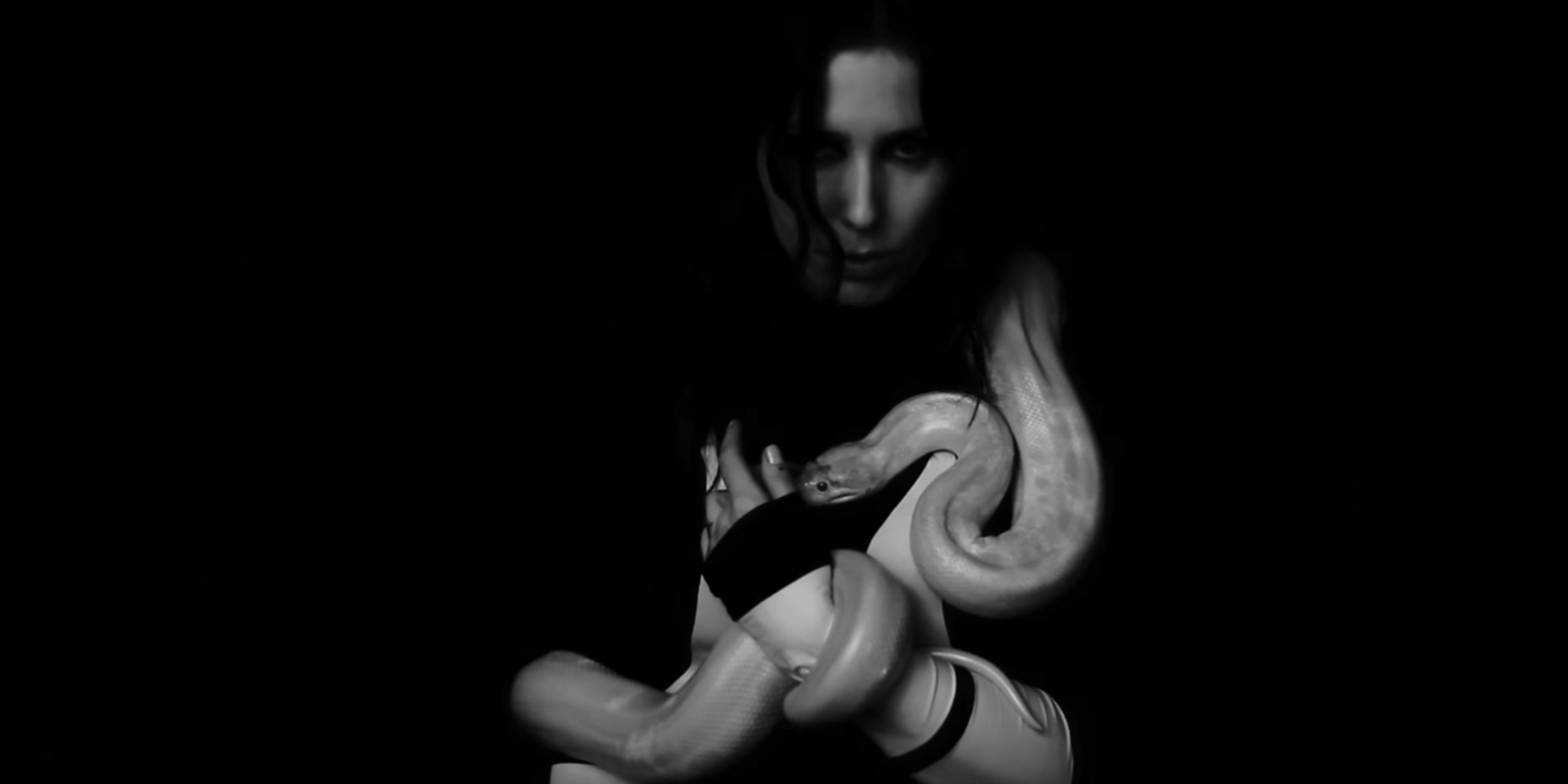 Chelsea Wolfe's enigmatic and eerie presence is not one of an instant construct.

With Abyss being her fifth studio album, a painstakingly heavy album — thematically and sonically — the experimental singer-songwriter imbues her undeniable gothic leanings with a continued sense of wonderment. Her world is bewilderingly dense and murky, but she makes no omissions that it's one that we should already be familiar with.

In her new single 'Hypnos', a b-side from Abyss, it's just as unflinching as any track off the sludge metal-infused album, but where the absence of heavy guitars lie, her breathy vocals and acoustic guitar serve the lyrics to render heartbreak as an exhausting affair. The music video fills the void with surreal black-and-white imagery, with flashes of unnerving static and Chelsea Wolfe wielding a snake.

'Hypnos' will be released as a 7" vinyl record alongside another Abyss b-side, titled 'Flame', on April 1st through Sargent House.

Watch the full music video below:

Read why we consider Chelsea Wolfe to be one of the most groundbreaking female musicians in experimental music today.