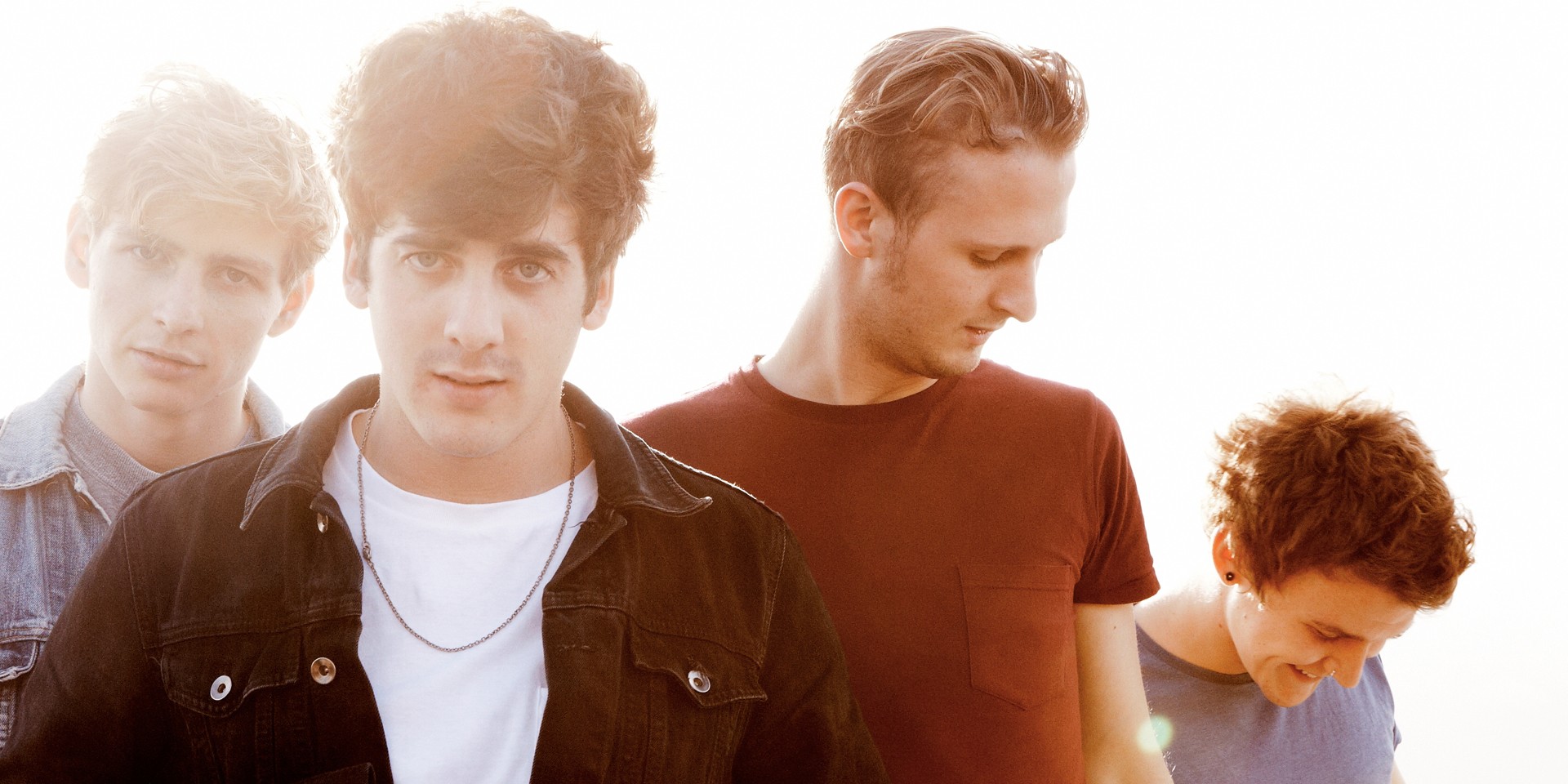 Footwear brand Dr. Martens has been doing its part to liven the live music scene for everyone as of late. Past performances brought the Heartbreaks to Zouk in 2013 and Deap Valley to Beep Studios, in August last year. The response to each show has always been overwhelming, due in part to the generous portion of free tickets and a neatly-curated atmosphere.

Additionally, the decision to include UK youngblood Circa Waves with local powerhouse Riot !n Magenta in its third #StandForSomething installment is a testament that the British footwear brand stands for both international and local acts in our burgeoning scene. 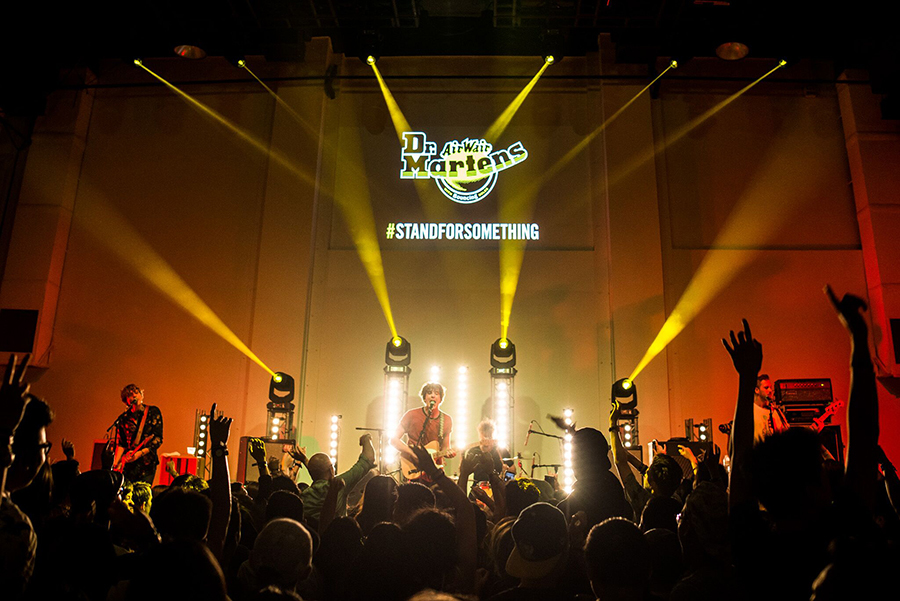 Squeezing our way into an extremely tight performing schedule just before the show, we sat down with lead singer Kieran Shudall and guitarist Joe Falconer about their experiences in Asia, the moment they knew they made it, and their interpretations of local band names.

With a set of varied Faber-Castell markers and sheets of paper, this time we got the exciting British rock act to draw their answers for us. Prepare yourself for the band's new artistic triumph.

What is the most memorable thing you will take away from the past two days in Asia? 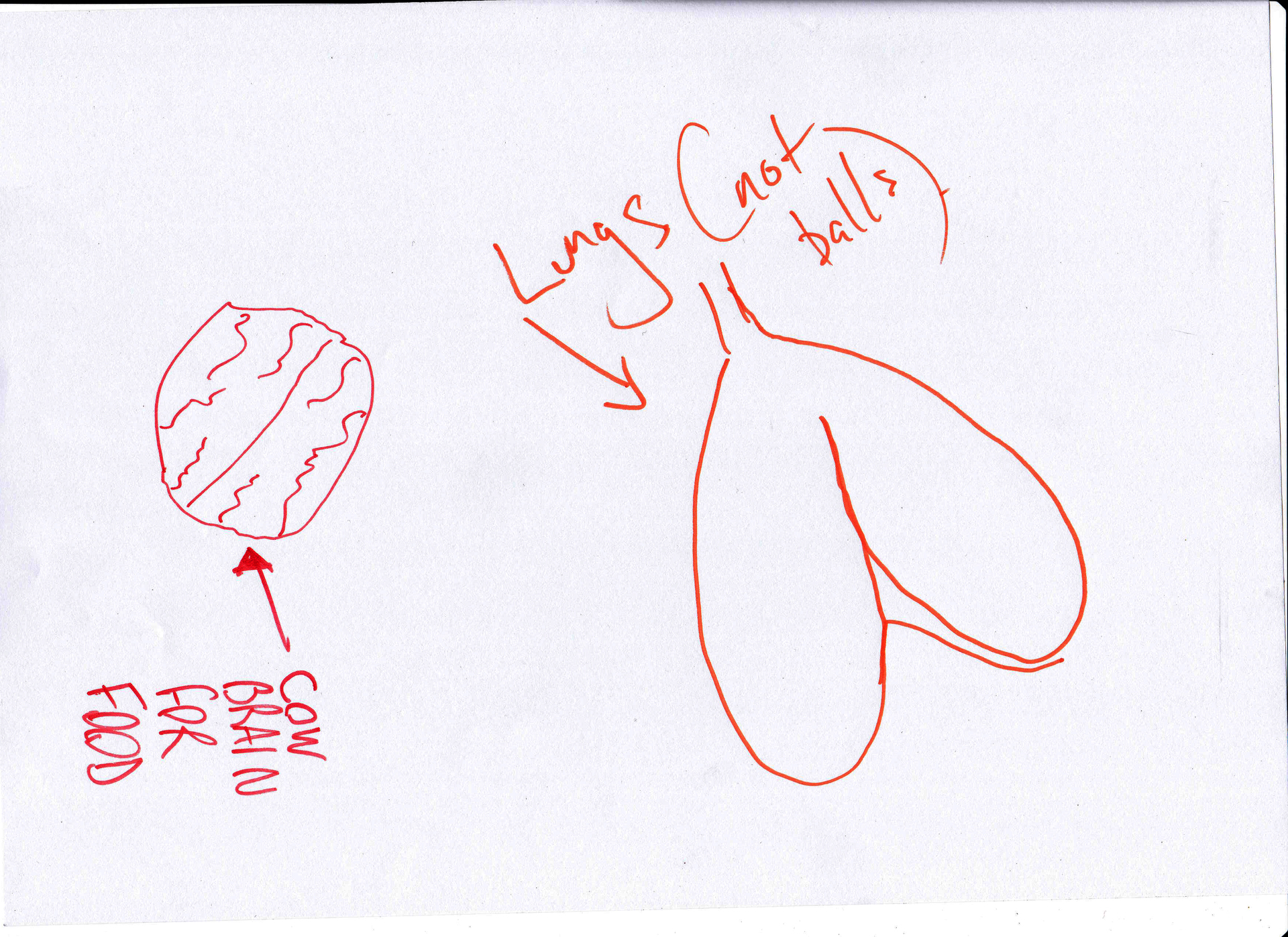 "This is the food that we ate in Jakarta: a cow brain. They look like testicles but they’re actually lungs. It was alright, it was not too bad, weirdly soft. I do feel a bit more intelligent and double the man I was now."

If you could have an alternative album art to Young Chasers, how would it look? 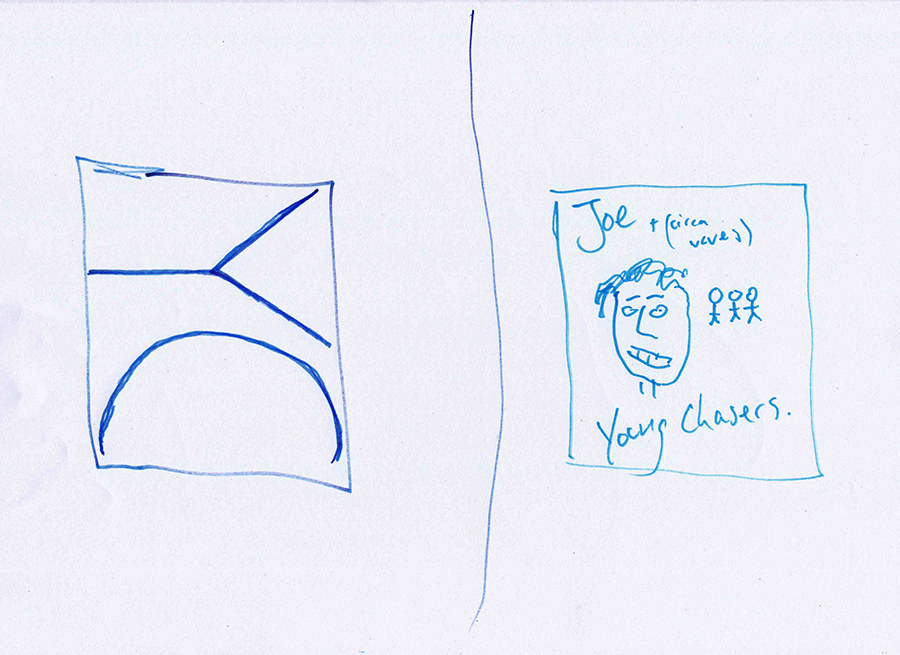 "Maybe Joe + The Circa Waves? On our album art selection, we were going through a lot of artwork and this is what this guy does — he ties in his whole campaign in a collage style of photos and we thought fuck that’s bold. It stood out and represents the idea of reaching for our goals and it definitely aligns with how this kid’s journey of going to another somewhere. But yeah minimalist design works."

What is the record that inspired you to make this record? 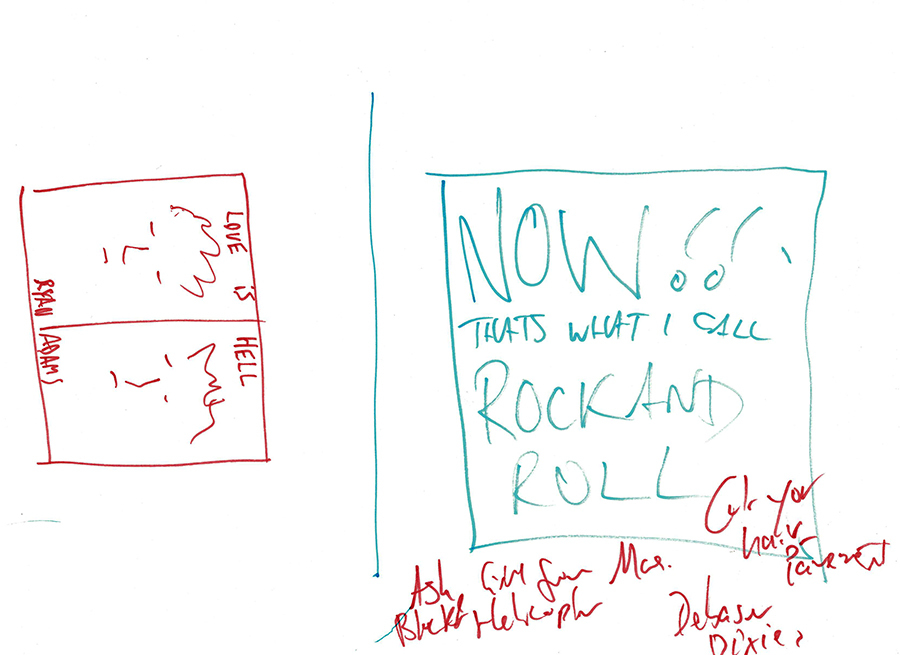 "I think we’d be here a week if we were to label everything. Like I said there are just too many things to list, so I’m just going to list all of them on a compilation of rock n roll. This includes Ash, Girl from Mars. It would have ‘Helicopter’ by Bloc Party, 'Debaser' by Pixies, ‘Cut Your Hair’ by Pavement. It will have all the songs that you wanna hear all the time, and you would stick in your head and you'd go "fuck I love this song!" Right now, we would be on the compilation, actually it would just be our record and this would be the new cover for Young Chasers. NOW 56 out in Stores!"

KS: "Mine is Ryan Adams' Love is Hell, every song is incredible. Just the way he delivers every lyric. I think it is the most genuine record possibly imagined — it gets everything in your brain, it comes from the bottom of the heart."

What was your "oh f*ck we made it" moment in your musical careers? 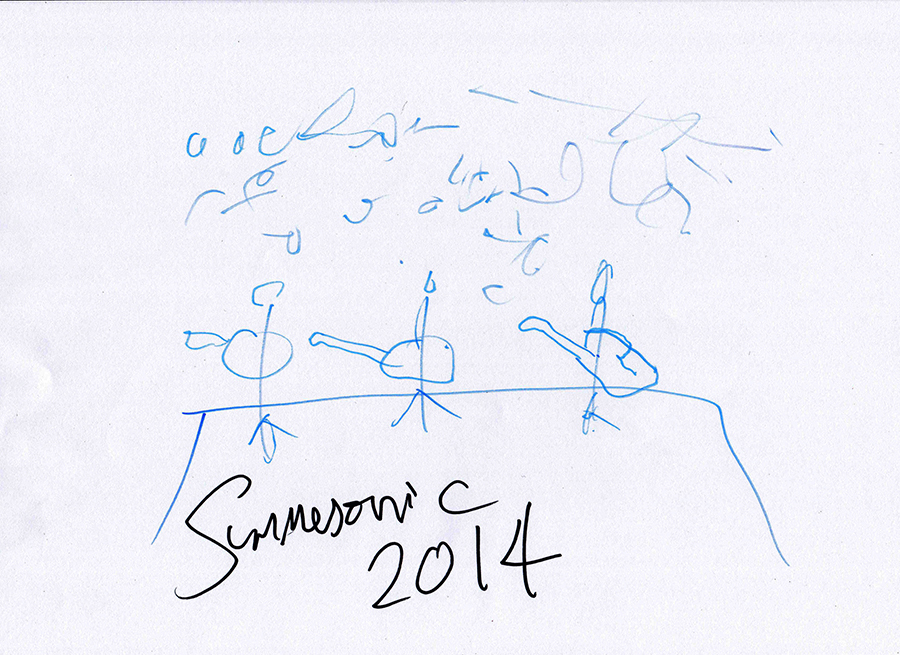 "I think it would be SummerSonic. We went to Japan and at the point, we still haven’t gotten a record out. We basically hadn’t released anything and had only just put an EP out — just a couple of tracks on the internet — and we thought no one would turn up to that thing. We turned up and there was like 10,000 people out there, people were saying that the Japanese crowds they’re quite reserved. But they were just going for it and they knew all the words. This is the thing. We came this far out and to have received such a reaction, it was great!"

In this segment, we asked for the pair to draw their interpretation off the names of local bands. The result is an incriminate release of gut-punching laughter. 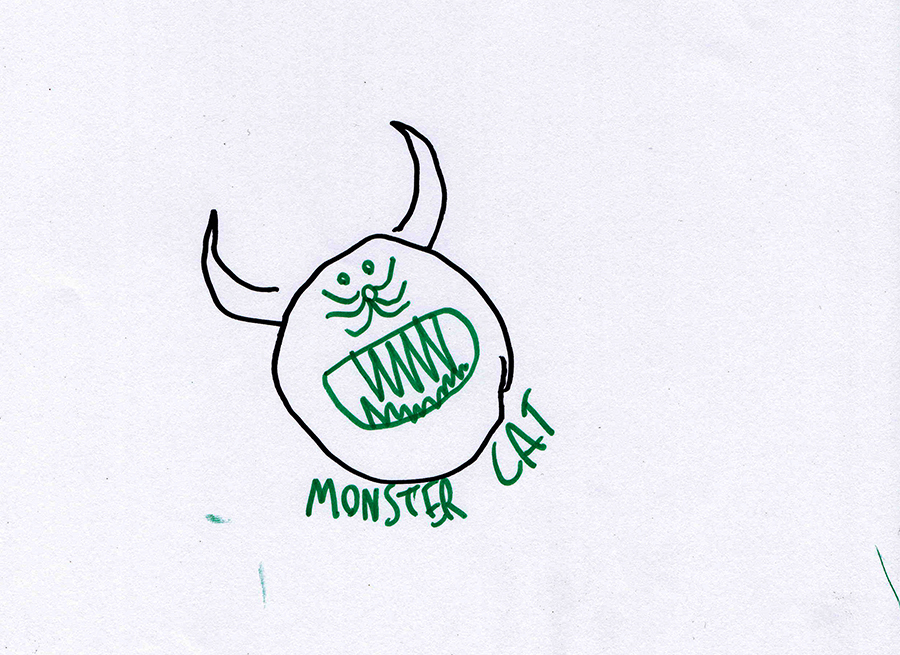 "It’s a pretty good drawing, huh? If they want to use that for their logo, it will cost them or something." 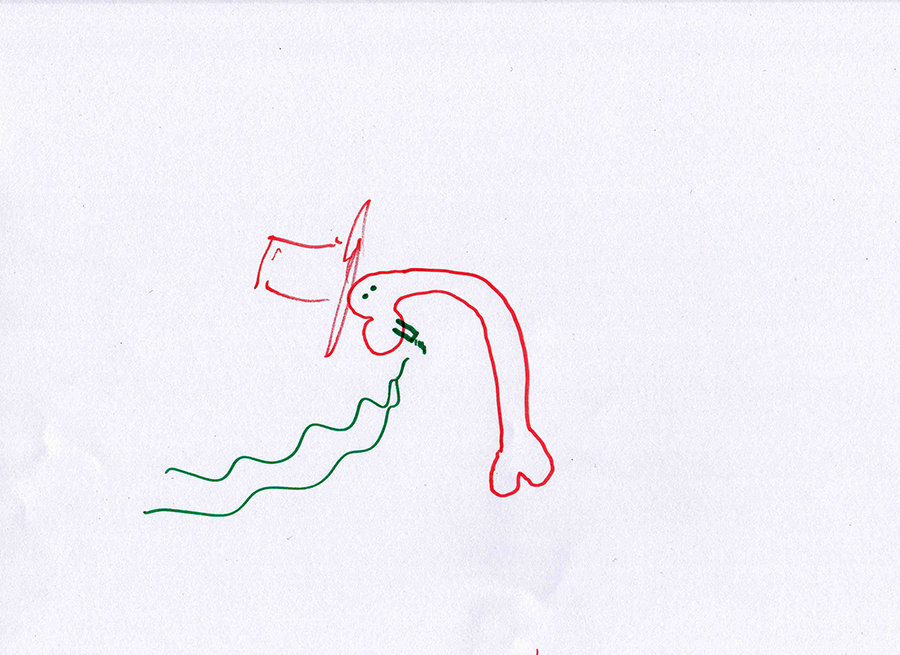 "Genital wards? I think I’m gonna just like do a bone and draw a curve in it. It’s a drooping bone cause it’s too gentle. And it’s going to have a top hat right there and a ciggie, all gentleman and all." 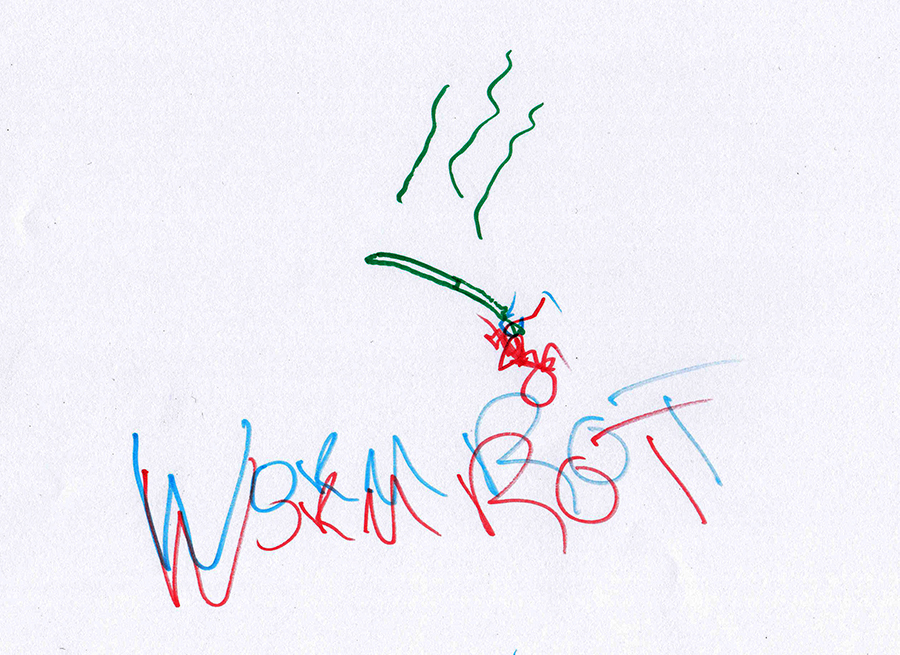 "Maybe we could get rid of the tail, and get like more worms on it. We could do a 3D kinda thing, and then they put the 3D glasses on. Bam! But again, if they use it, that will cost them." 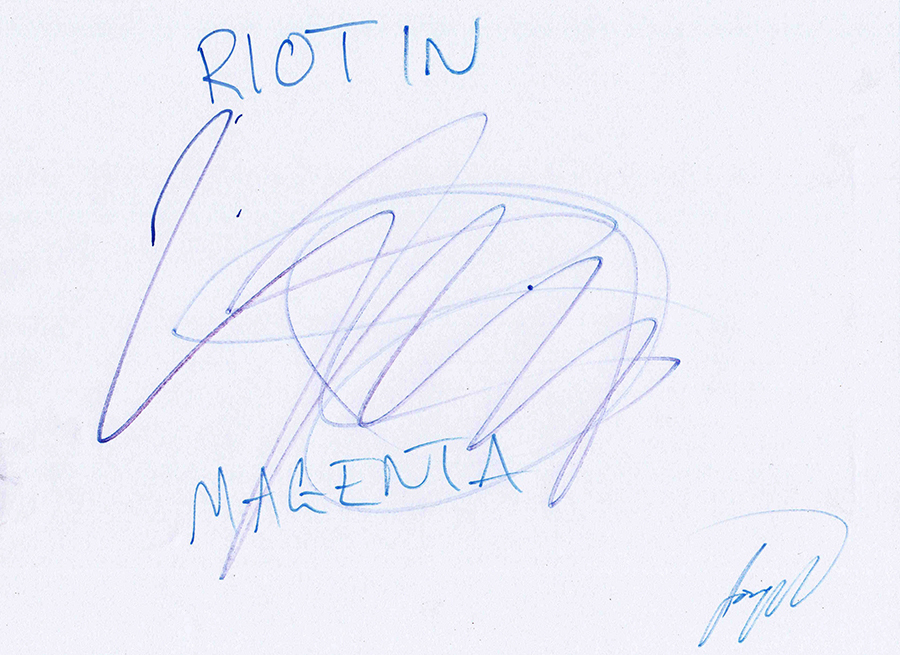 "I mean magenta is like a colour, that’s like purple-y? Abstract art. Look at that. Put that on a baseball tee, twenty dollars, That’s profit right there! I’m just going to sign it cause it feels right." 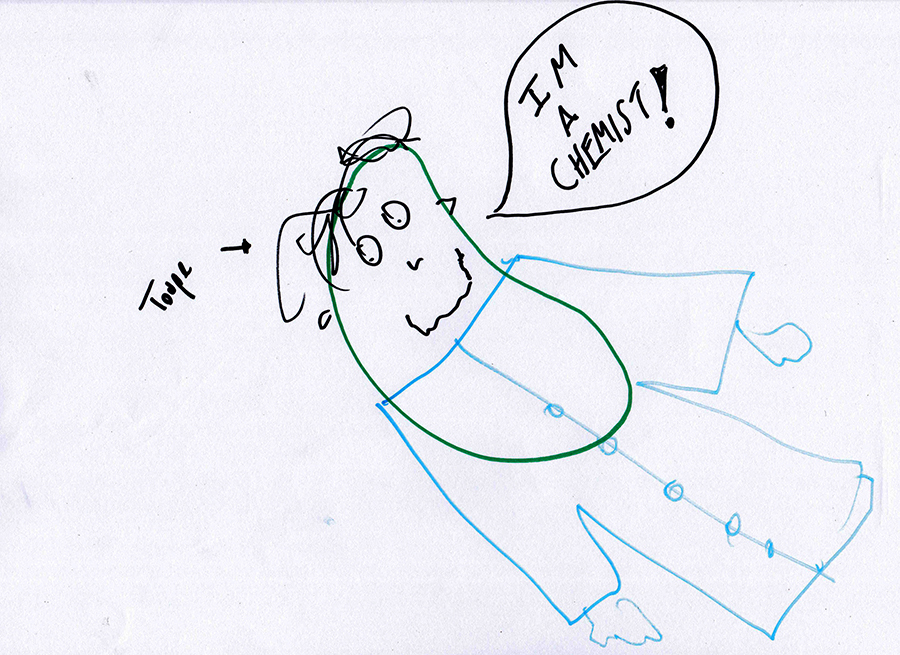 "If you draw a cashew and work it, I’ll just put a lab coat — it’s a cashew in a lab coat and he has a toupee cause he’s conscious and he’s a bit mental and we will give him a word like "two paracetamol" or just "I’m a chemist""