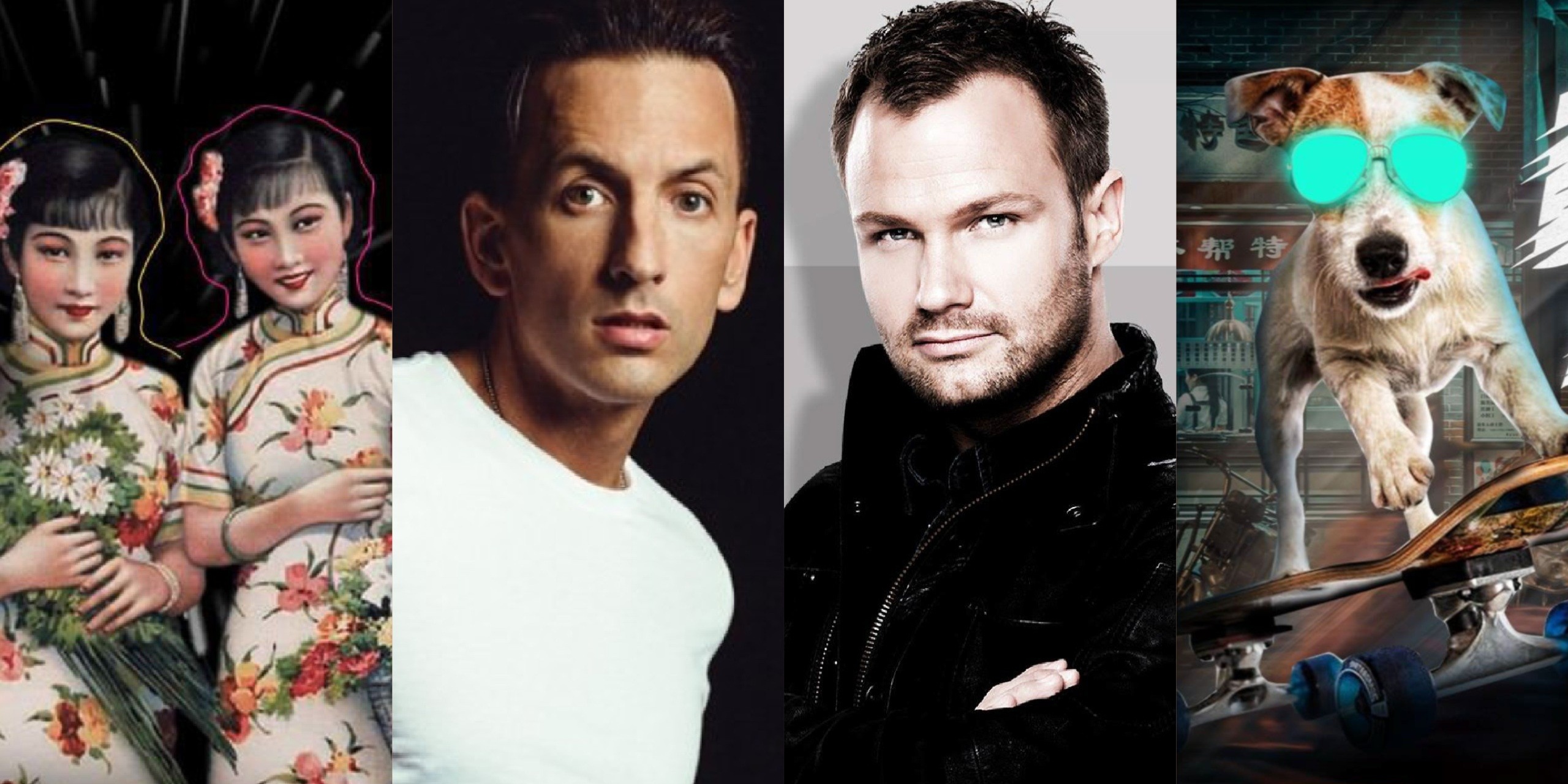 With Chinese New Year finally upon us this weekend, we decided to pull together a list of parties to attend in the event that you're short of plans, ranging from international DJs to oriental club nights. In the auspicious spirit of Chinese New Year, here are eight of the best parties going down this weekend. 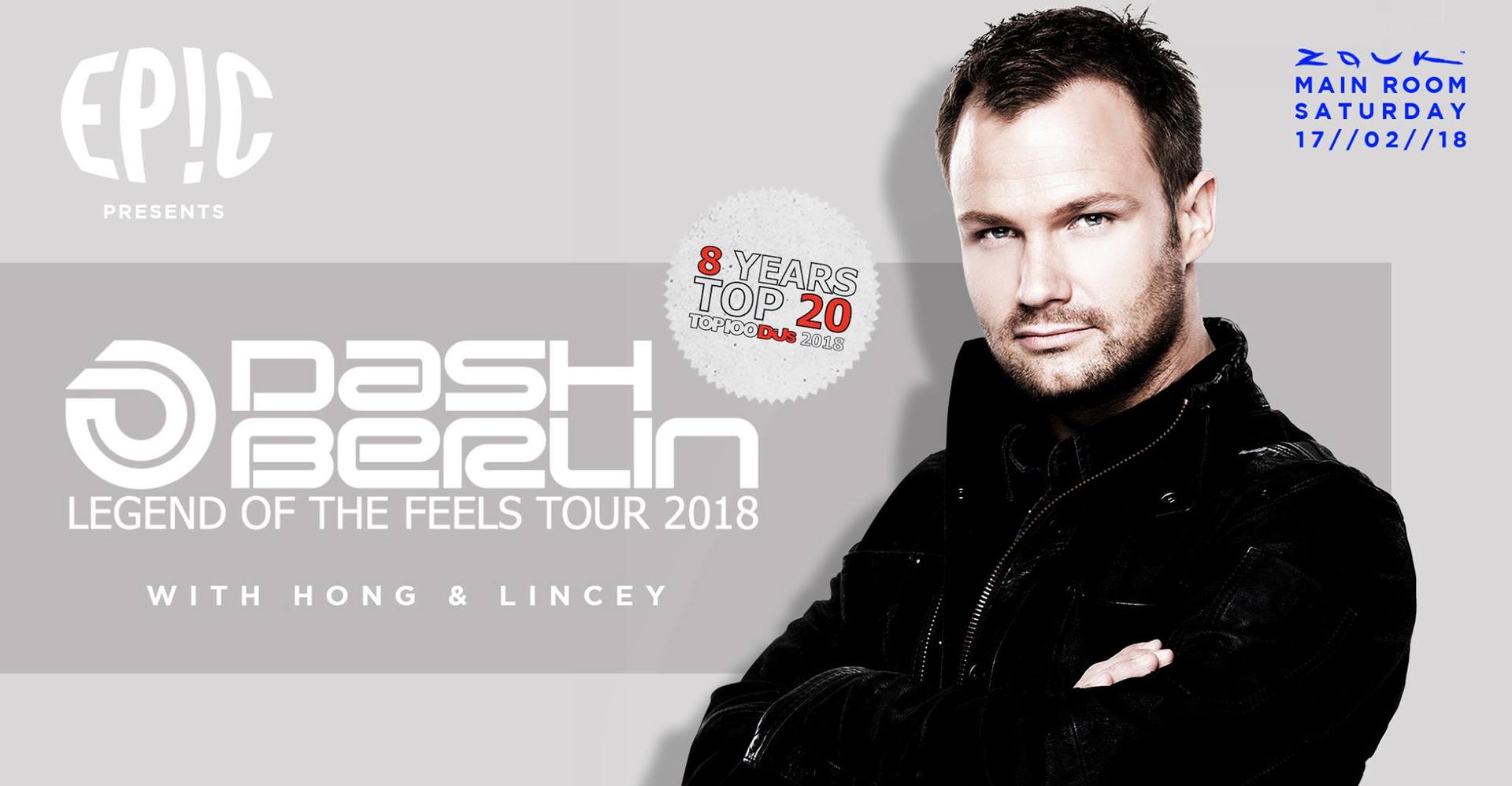 Kicking off our list of Chinese New Year parties is quite possibly the biggest one happening this weekend, with EDM staple Dash Berlin returning to Zouk to take over the main room, supported by residents Hong and Lincey. The Dutch trance superstar has etched his name into the figurative EDM hall of fame, having spent the last eight years consistently ranked among the top 20 of DJ Mag's Top 100 DJs poll.

EP!C presents Dash Berlin with Hong & Lincey will go down on 17 February at Zouk. Entry will cost S$60 and tickets can be purchased at the door. 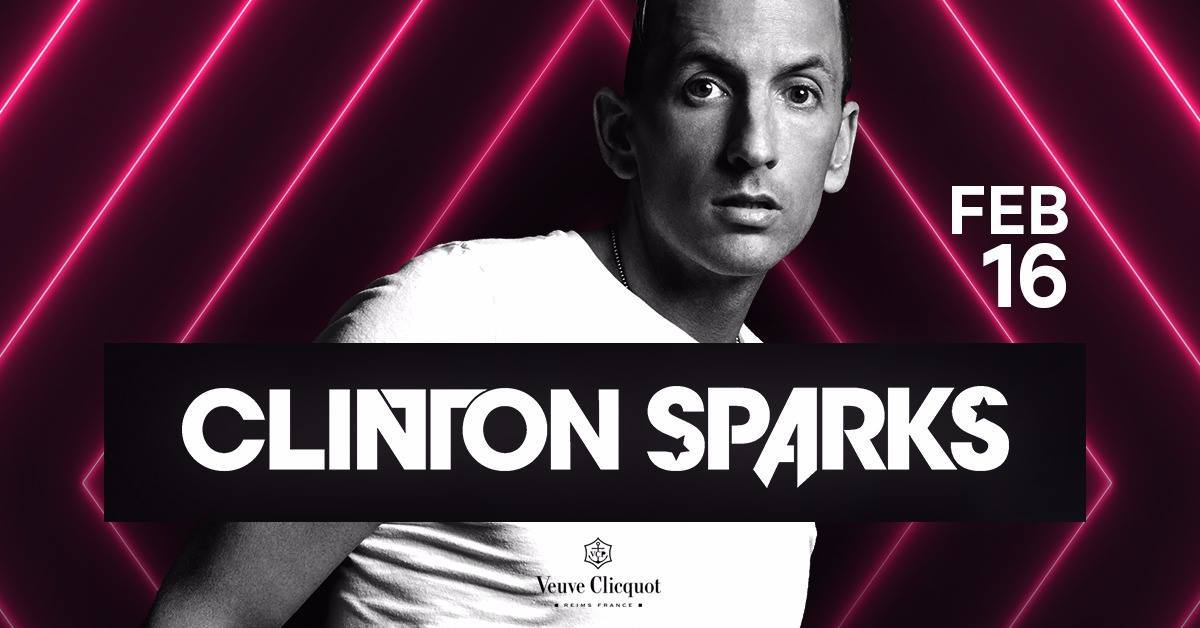 The second on our list of parties will take place at Singapore's newest club, Avry. Looking to cement a spot in the list of top clubs in Singapore, Avry has enlisted the help of hit-maker Clinton Sparks to add a bit of star power to your Chinese New Year long weekend. Clinton Sparks is a producer who has worked with the likes of Lady Gaga, Akon, Pitbull and more. 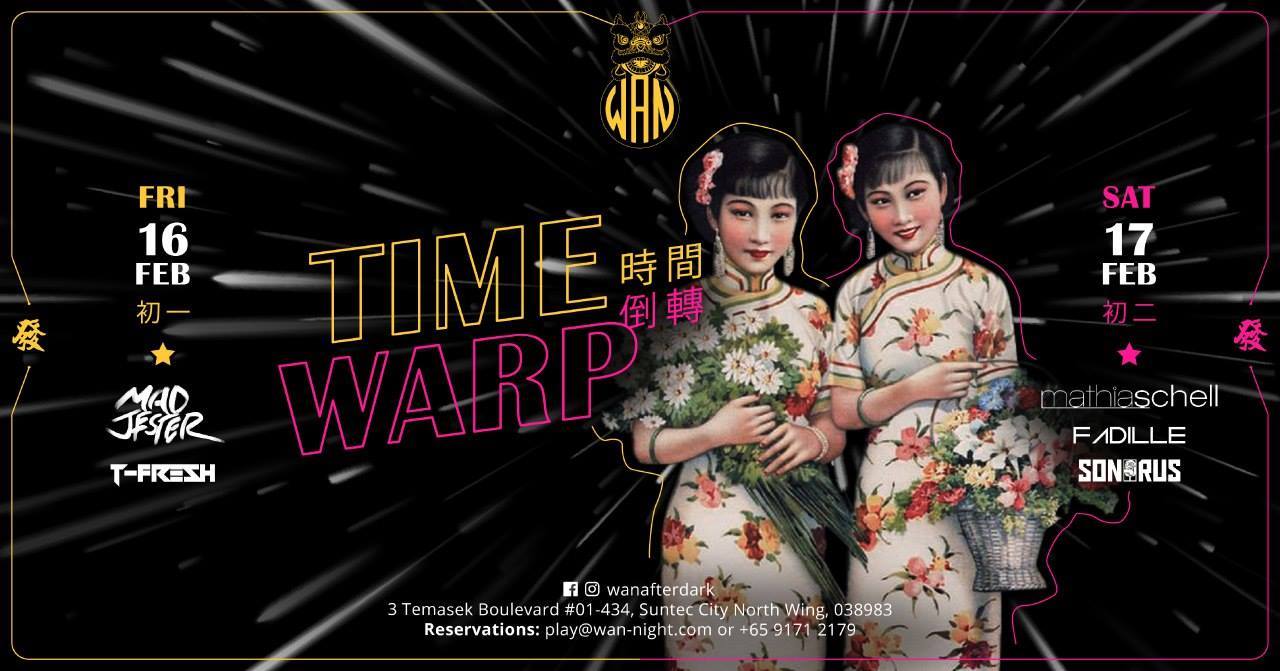 If you're not sure what to do for both nights of CNY, this might be the event for you. Wan has prepared for you two nights of fun with an eclectic line-up of performers. Time Warp will take you back to the '60s to celebrate the dawn of musical revolution with classics that have stood the test of time. Entry for men on either nights will cost S$30 which includes a free drink while women can enjoy complimentary entry and a free flow of Sour Plum and Lychee shots. That's a pretty great deal.

Wan presents Time Warp will take place on 16 and 17 February at Wan Nightclub from 10pm onwards.

Bang Bang will be hosting the global launch party for Rave Republic's single 'Fall Into My Love' featuring Syzz this Friday, 16 February. Rave Republic are one of the biggest names in the regional EDM circuit, having played at festivals all over the world.

Bang Bang Fridays with Rave Republic will go down at Bang Bang on 16 February from 10pm onwards. 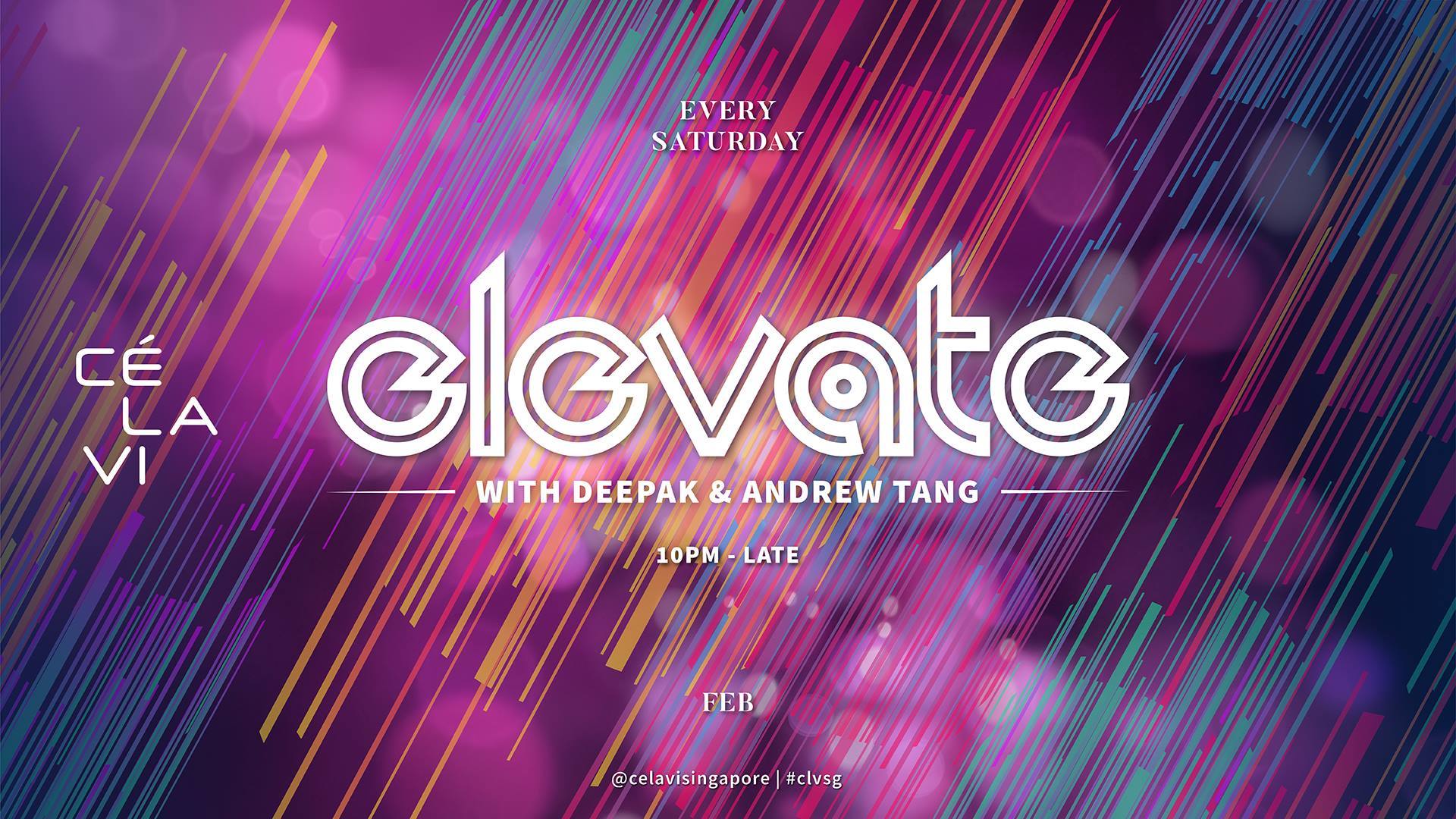 Cé La Vi will look to take you to greater heights this weekend with Elevate. The famed club atop Marina Bay Sands will host one of it's beloved club nights with DJs Deepak and Andrew Tang on the decks as they spin the best of house, dance and progressive music. 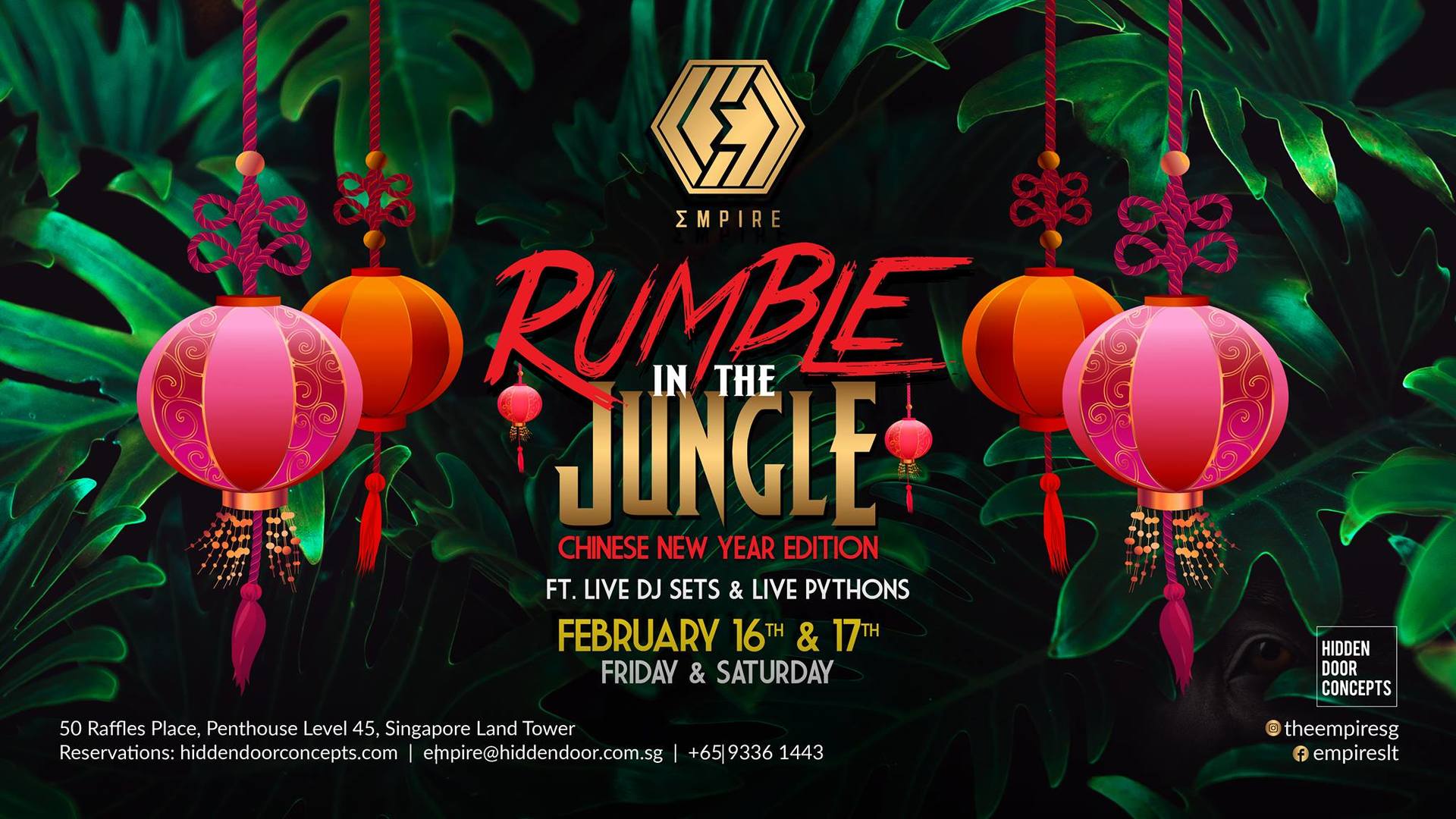 Empire presents Rumble In The Jungle

Let your (zodiac) animals in you loose this weekend at Empire with Rumble In The Jungle, two nights of animalistic fun this Chinese New Year. The 16th will see Kaylova, Shin, Rica and Fadille helm the decks, while Friday will see TMO and Kal on DJ duties.

Empire's Rumble In The Jungle will take place on 16 and 17 February at Empire Night Club from 5pm till late. Entry to both nights is free between 5pm to 10pm. 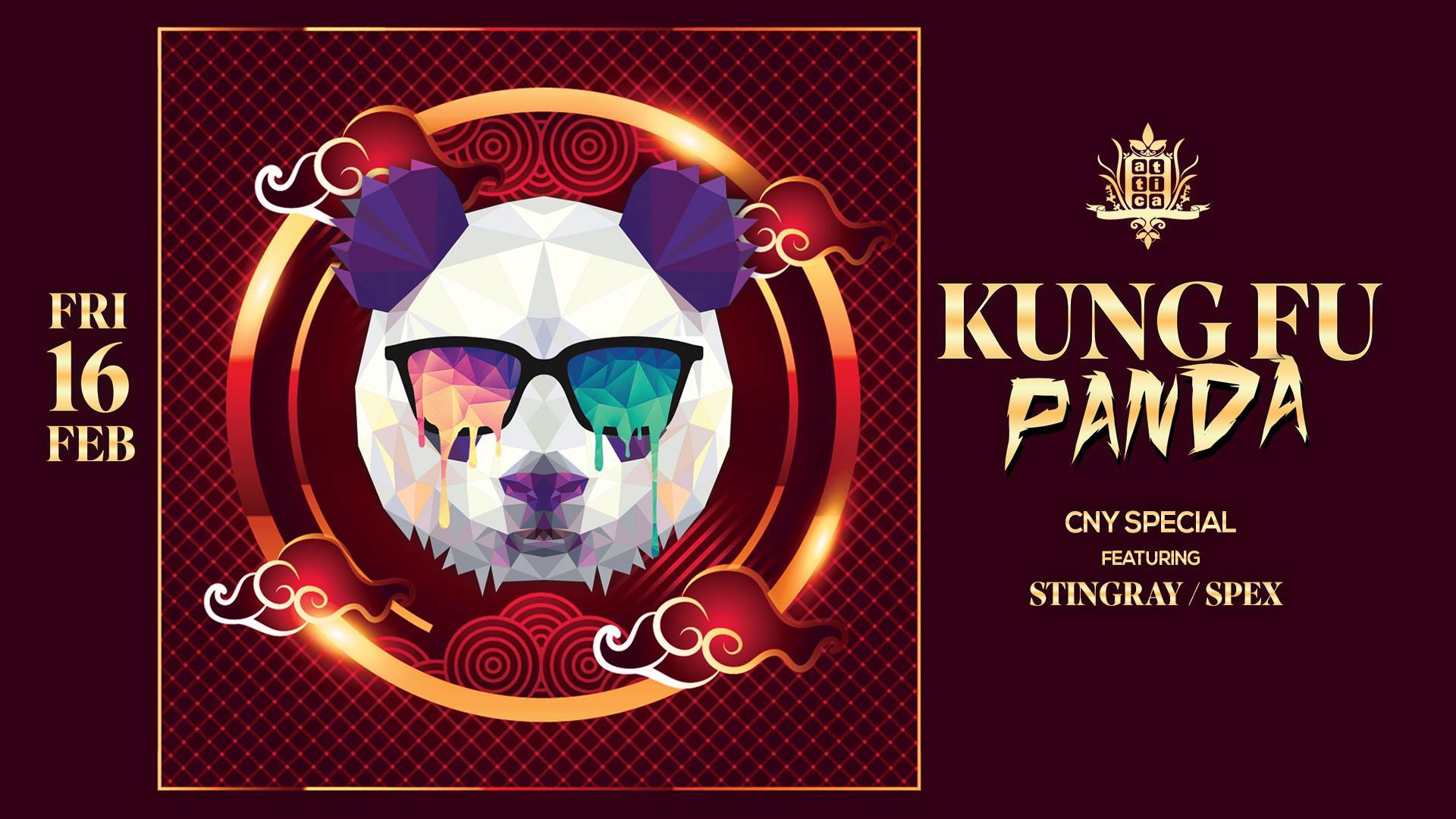 We know what you're thinking: it's the year of the dog. Just don't think about it and enjoy Attica's celebration for the first night of CNY with Kung Fu Panda. Attica resident DJs Spex and Stingray will be on hand to serve up spicy beats all night long.

Attica presents Kung Fu Panda goes down on 16 February from 10pm to 4am. Cover charges for the night are going at $20 with 2 drink coupons before 12am or $28 with 2 drinks coupons after 12am. 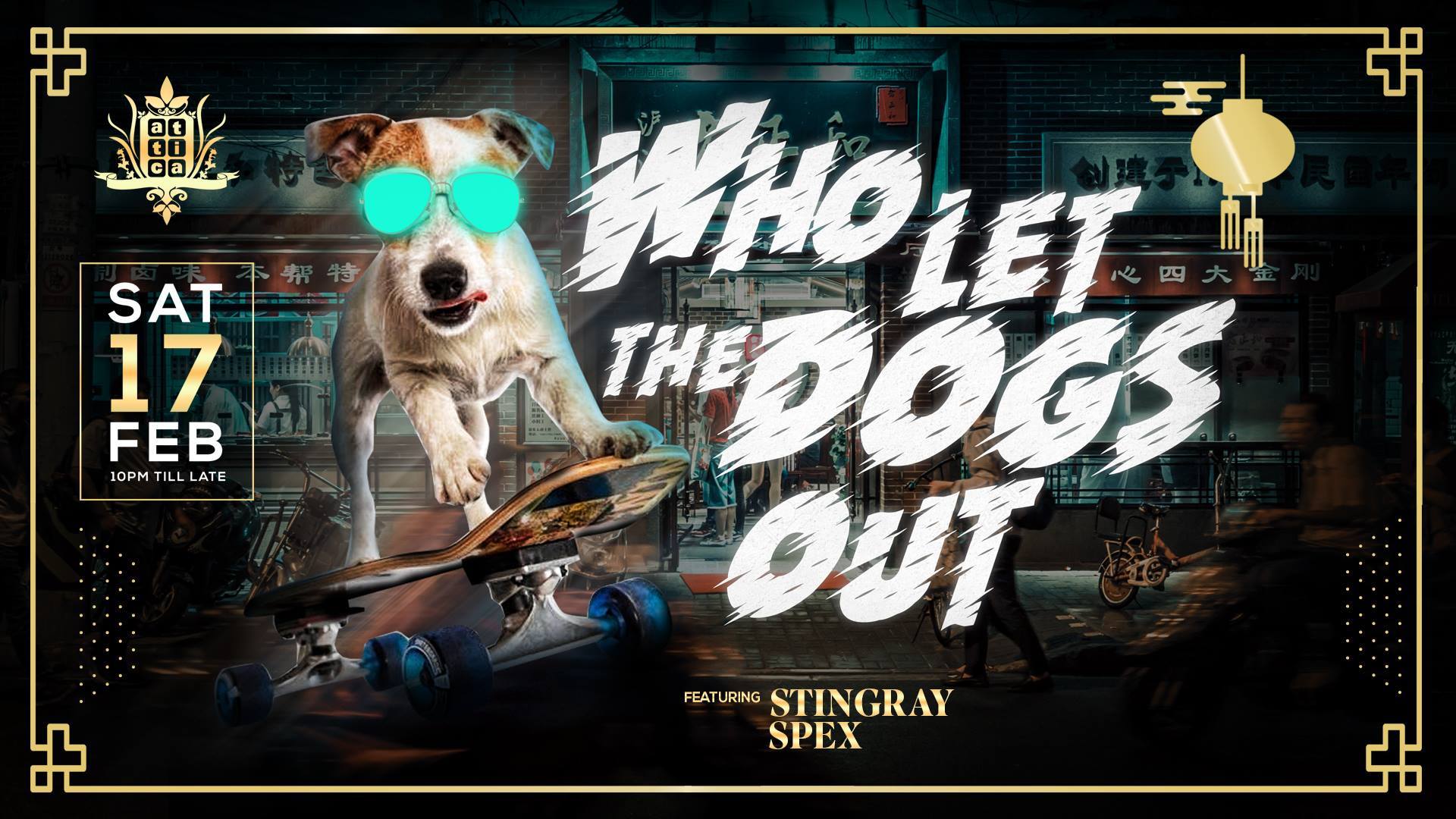 Attica presents Who Let The Dogs Out

Closing off our list for the top CNY parties for you to check out this week is Attica's Who Let The Dogs Out. Party alongside a roving Fortune Dog mascot on the 17th of Feb as DJs Stingray and Spex turn up the heat all night long.