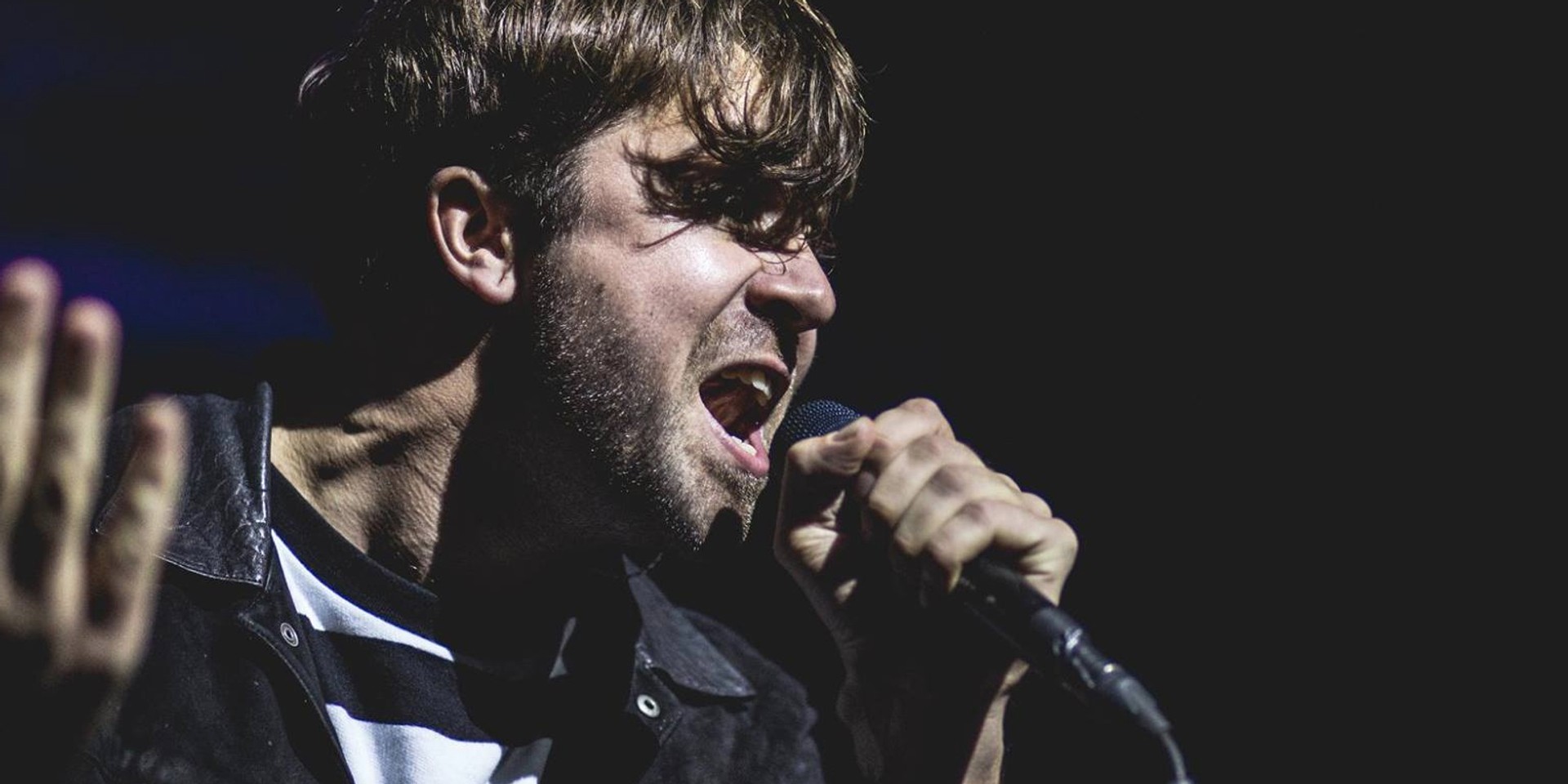 British rock bands have a name for sticking around for much, much longer.

We have the now-defunct Oasis, who have stayed at the top for a good 19 years; Kasabian now close to surpassing the latter in its 19th year of making continuous music. Looking at the other end of the line, London young-bloods The Vaccines have shown promise with their debut in 2005, but can they stick it out for another 15 years?

The Vaccines struck a home run in its debut, What Did You Expect from the Vaccines? back in 2011. Fans still hold onto this album as dear to life, noting their opener as an album with lyrics swabbed in angst, some identifying life experiences with tracks like ‘Post Break-Up Sex’ and ‘A Lack of Understanding’, while others draw punches in the band’s jumpy tempo and letting them fly at the shrill warble of the guitar. 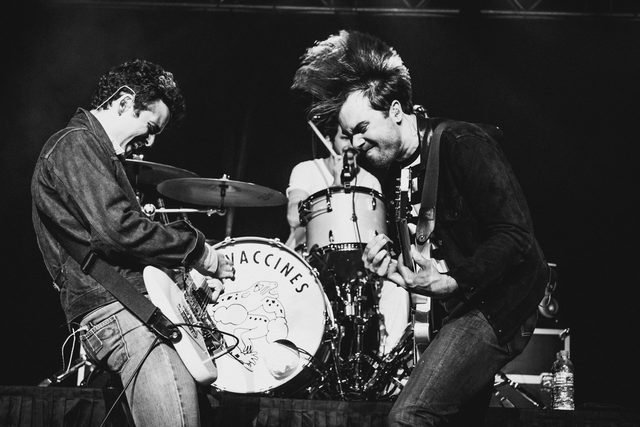 Their follow ups, ‘Come of Age’ and ‘English Graffiti’, comes as no strikes out at the bat, holding down the challenge of not veering too far off self-deficiencies issues and the many other problems that comes with the transition-of-age, whilst ensuring growth with newer instrumentation and direction from a heavier pay check.

In performances, the English rock band arrived in Singapore with fellow compatriot, Kasabian, on the Velociraptor! tour in 2012. Fresh off their debut, the Vaccines initially started out meekly, but a sense of recklessness overshadowed that thought, as they swashed out tunes with little care for the world — nor a proper haircut. 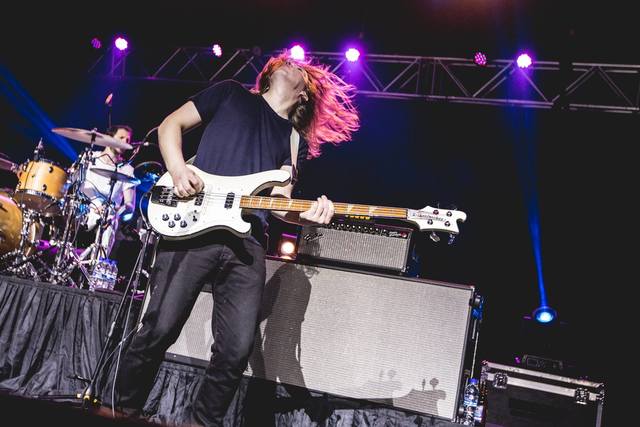 Their return in 2015 was embellished in similar characteristic traits. Playing to the *SCAPE Warehouse crowd on Wednesday, initial unsteadiness was swapped out for bullishness as the mildly-intoxicated lead singer Justin Hayward paws with the crowd, clamouring for balance while barely hitting the notes on ‘Wreckin’ Bar’ and ‘Dream Lover’.

The crowd responds in similar judgment, sitting comfortable and reserved in their comfort zone, barely raising an arm aside from the occasional cheer. 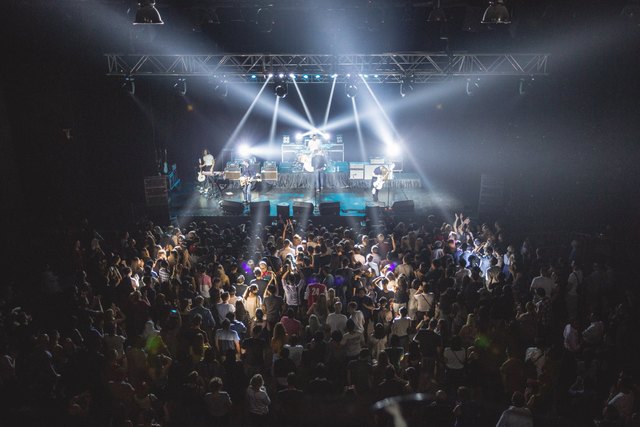 There has to be some truth that an artist feeds on the energy of the crowd. In ‘Melody Calling’, the crowd received a sudden spike in energy levels in the criss-cross interlope of the leveling guitars, with upbeat fans in scattered sporadic spots meeting in the middle — clashing in a warm physical manner to Justin’s call. The following tunes sparked similar enthusiasm from the band, who gestured for the Singaporean crowd to partake louder than the band in closing track 'Norgaard'. 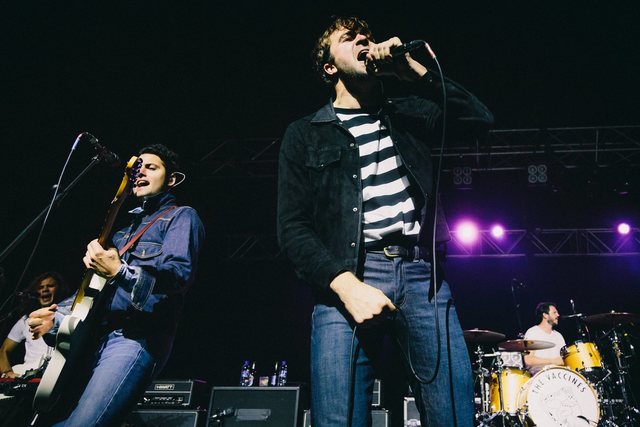 It does seem that there are bumps and bruises that follows from each set by the Vaccines. To walk away feeling like they're all worth the "blue-blacks" and aches the following morning, fans equally need to adopt an attitude of careless recklessness as shown by the band, to fully immerse themselves in the band’s progression of play.

You could say a band could only be as good as its fans. If fans are hoping for a The Vaccines show in 2030, this is a reminder to all passive fans of the Vaccines — get reckless.

The Vaccines Live in Singapore was organized by Secret Sounds Asia.