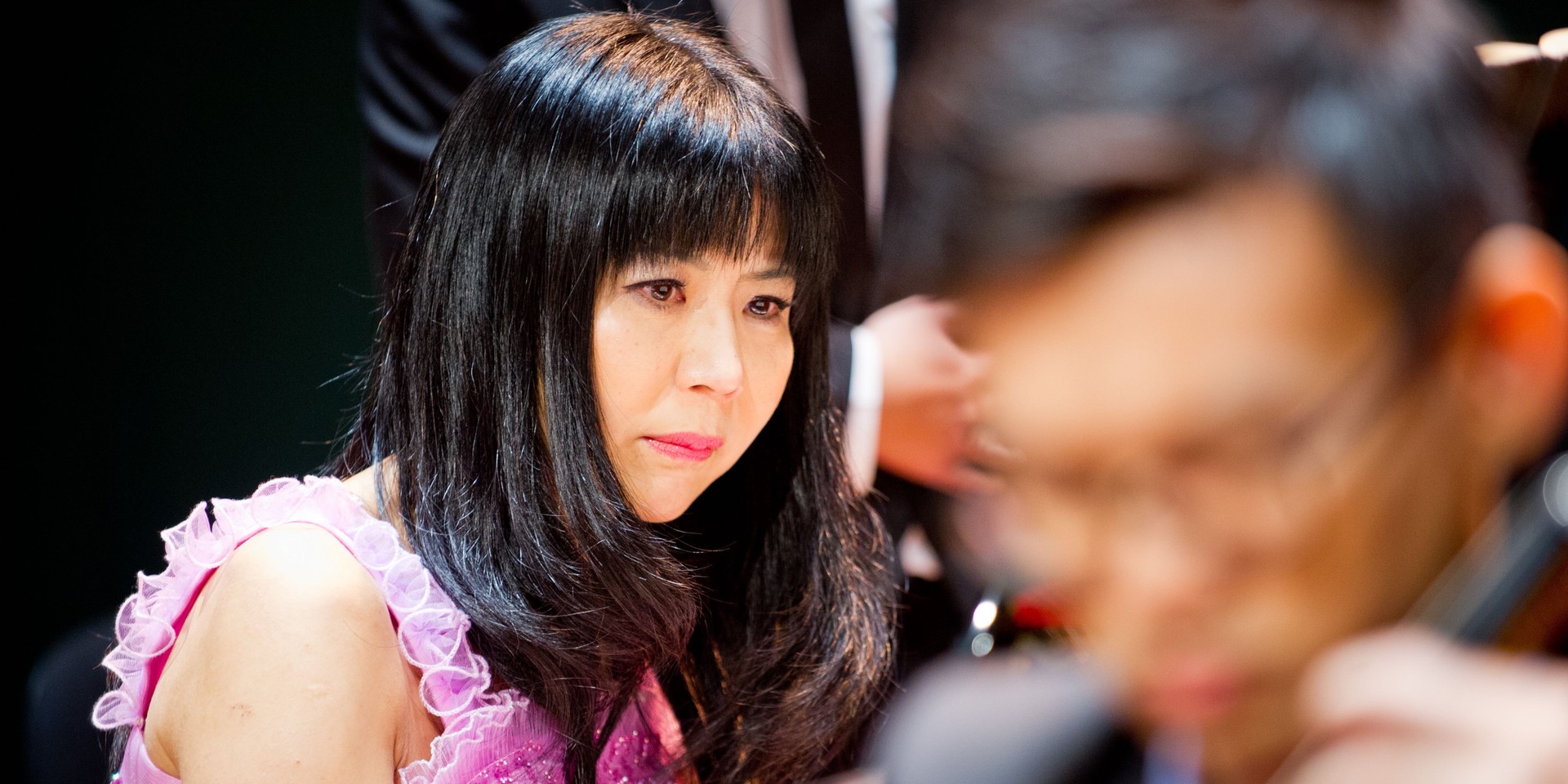 In this installment of a series of recitals presented by the Kris Foundation, the audience was treated to a programme of refreshing variety. It is not often that a single concert features almost every possible combination involving the violin, cello and piano.

The evening started rather tentatively with Andrew Ng taking on the music of Belgian violin virtuoso, Eugène Ysaÿe. The Sonata No. 2 is part of a set of six sonatas for unaccompanied violin, a nod to Bach's set of six partitas and sonatas, the pinnacle of contrapuntal writing for the violin. In particular, the first movement of this sonata is built around a direct quote (or a sample, if you like) from the opening of Bach's E major partita (popular with first-time mobile phone owners of the 90's).

Ng's playing was assured for the most part, although adrenaline probably got the better of him a few times; one has to possess steel cables for nerves in order to pull off an unaccompanied piece right at the start of a concert. The double stops in the second movement were beautifully in tune, although Ng's tone tended to sound rather brittle higher up on the E string. In the third movement, Ng's choice of tempo gave it a flowing, lyrical quality. His choice to use the thumb (rather than the index finger) to effect the pizzicatos made the opening section sound wondrously pearl-like. In the devilish final movement, Ng's slightly faltering delivery made the different sections, and hence the narrative, sound detached. It did not help that the issue of the precarious-sounding high notes persisted. 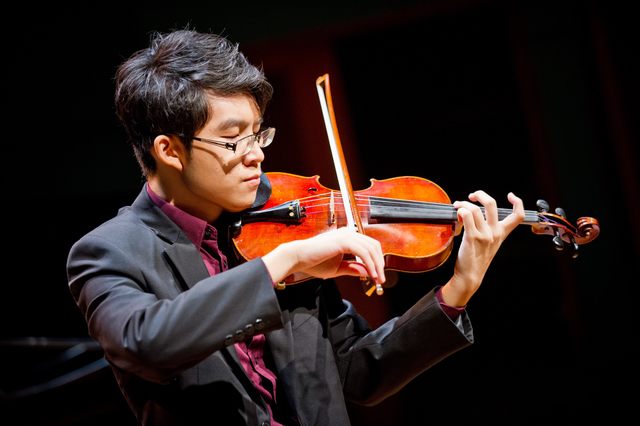 James Ng, the older brother of Andrew, came on immediately after to give a well-controlled rendition of the Chopin sonata together with pianist, Miyuki Washimiya. James possessed a fuller, more grounded tone than his brother, although both could have (at this point in the concert, anyway) done more to phrase their musical lines in larger arcs. Additionally, the elder Ng could have further differentiated his tone to reflect the varied musical characters in the sonata. The scherzo second movement, for example, would have benefited from a more playful treatment, rather than the predictable sinking into the first beat of every bar.

That being said, the duo pulled off a thoroughly beguiling transition into the cantabile section of the second movement, with the music seemingly relaxing into the utter beauty that is the cantabile theme. The best tone from the duo came in the third movement. Both Ng and Washimiya demonstrated great sensitivity of expression. In particular, Ng created the illusion of an endless sustain with the connectedness of his bow strokes. 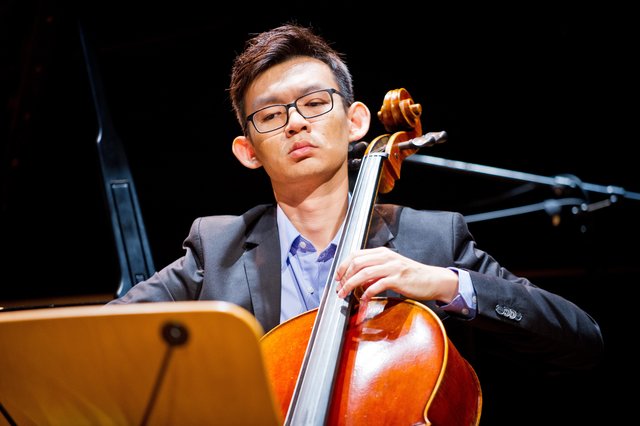 Washimiya's accomplished rendition of the two short piano works by Chopin was a testament to her secure technique and great accuracy. The repeated notes in the Grande Valse Brillante were absolutely spellbinding. The Polonaise that followed was equally virtuosic but lacked that distinctive rhythmic charm that one associates with a polonaise. Washimiya's delivery was a tad too straight, with the semiquaver upbeats failing to propel the music into each bar that followed. Furthermore, the relative lack of dynamic variation meant that Washimiya lost the opportunity to fully reveal the dramatic friction created by the winsome melancholy so characteristic of Chopin.

The highlight of the evening came, right at the end, in the form of the Mendelssohn Trio. All three musicians successfully navigated the emotionally turbulent first movement with its solemn exegesis of an introduction to its euphoric second subject. The noteworthy communication between all three musicians made for a thoroughly convincing unfolding of musical drama. 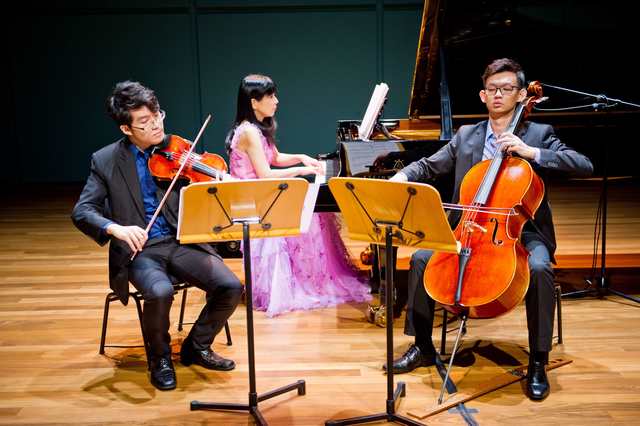 For the first time that evening, I felt as though the musicians really owned each phrase. In the second movement, the Ng brothers, with well-judged vibrato, coaxed the melody into that quiet space between a hymn and a song. In the third movement, Washimiya transformed the scherzo's flurry of notes into what seemed like the wild darting of a devilish pixie, a far cry from the staid rendition of the scherzo in the Chopin sonata earlier that evening. This exceptional music making continued into the fourth movement with its unique inclusion of the chorale melody "Vor deinen Thron" in the development section. The breathtaking rise and fall of the piano bassline, coinciding with the return of the chorale melody, heralded the end of the piece. James Ng, buoyed by the electricity of his colleagues, leaned into the bottom C string of his cello, exuding a golden tone and something that bordered on athleticism, to bring the evening to a triumphant close. 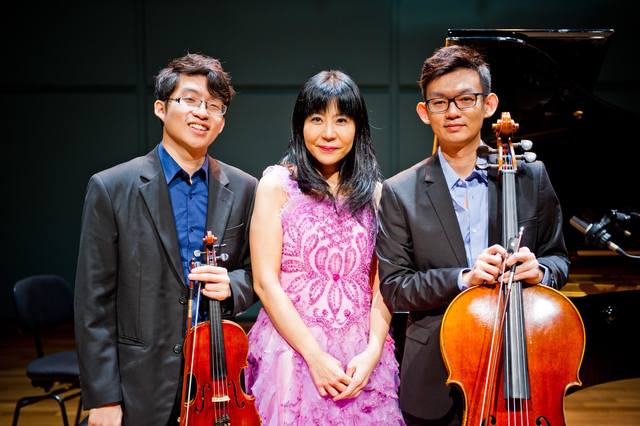