The conversation begins to dwindle just as our drinks deplete, and we call for another round of refreshments on the balmy afternoon. The coffee shop uncle refuses to open a tab and calls for us to  vacate soon. Chun Kit who plays guitar in Sphaeras gets agitated and they exchange a few words. The rest of the band snicker from a distance and say, “Yeah, he’s a gangster.” A few minutes later we cross the road to Pink Noize where the band practices; Chun Kit is calm again and is playing excellently on guitars. Sphaeras are back on track.

This element of unexpectedness is also what you get when you watch the band perform. Wherever they play, whether it was watching them in a dingy studio, or in a crowded room, the lads truly know the art of pacing. From taking you through frenetic tempos, melodic riffs, chaotic meters, and dizzying precision, it’s as much work witnessing them perform. We’re not complaining - Chun Kit, Zakhran (drums), Axel (bass), Haokai (guitars) may not have songs with lyrics but they show a hell lot of presence and passion when they take the stage. 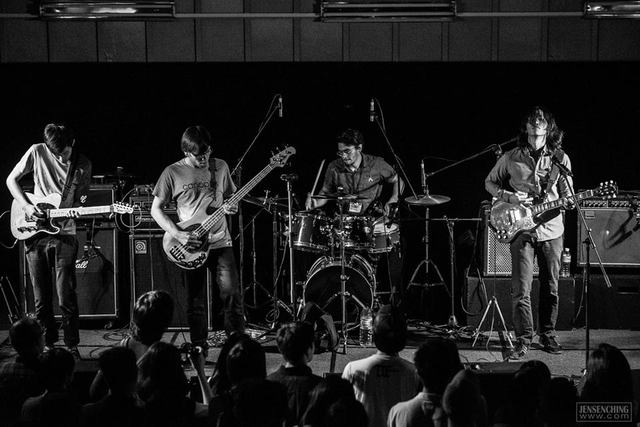 Defining genre is not a concern to the band. “We would prefer not to identify by just one genre and define ourselves,” Haokai says. “That’s why we emphasise that we’re an instrumental band, that’s very important.” And indeed, their sound encompasses so much more. But for a loose guideline to what Sphaeras sound like, it’s a conjunction of math rock, hardcore, post rock (and more) - sharing the precision and mathematical wickedness of the first, the aggression of the second, and the textural, dynamic nature of the third.

Sphaeras are a young band. When they started out, they didn’t have anything on Bandcamp, a simple basic Facebook page, played a few selected shows before properly ‘breaking out’ at Baybeats last year, and playing an explosive collaborative set with Two Seas at Bandwagon: The Music Market. In a short period of time, Sphaeras had garnered so much interest in the band and a following as well. 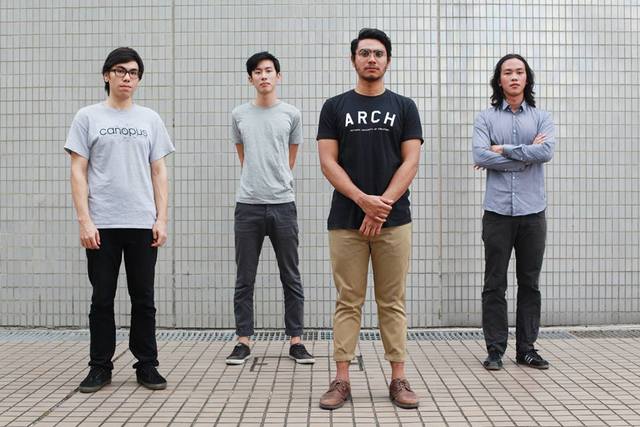 Coming together in May 2013, the same year the National Arts Council (NAC) announced their Presentation and Participation Grant, meant that  the band had entered the scene at quite a propitious time. The grant allowed for young and independent bands to receive some monetary incentive (up to $10,000) to produce and EP and organise the launch, a great help considering fees for jamming studios, new gear, mixing, production, printing and everything that goes into making an album.

Finding each other was also a serendipitous event. “I found Chun Kit at the This Will Destroy You show and we started playing some post rock, which veered into math rock and crazy odd-time signature, thanks to Zakhran,” Hao Kai related. But there came a time where they had to undergo some personnel changes before settling with the more permanent fixture we know them as now. Zakhran recalled, “Right after playing Baybeats - just a few hours after Baybeats - our former bassist wanted to move to a heavier, darker sound. So we split ways, and found Axel who was keen to play with us.” 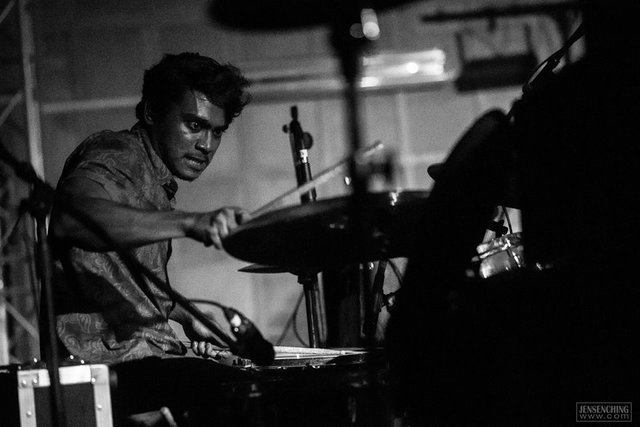 December 2014 came by and Sphaeras received news that their NAC application was successful and it was time to buckle down. “With school and work, we try to practice at least once a week,” Chun Kit mentions. Hao Kai also explains how they tried to structuralise their jamming sessions but they found it hard and restrictive. “It never works out because we like to be spontaneous. In jamming, playing, and even songwriting,” he adds. Unlike solo or collaborative writing you here most artists practice, Sphaeras describes their style as “just whack… but with quality of course.” They start off with a loose or rough cut of the song, and start refining from then on - cutting up the song into sections and discussing together whether or not the part fits the feel of the song. It’s a dedicated process, tedious but also illuminating.

About hitting the studios for the first time proper, the band has chosen to work with the illustrious Leonard Soosay. “We like him, he’s very liberal and easy to work with, and allows us to do our own thing. He doesn’t intrude with our style… and he has cats in the studio,” the band chipped in. Prior to this, the band has never put anything up online, save for some demos and performance videos - still, enough to get packed venues at their shows.

“We’re really grateful for our friends who have supported us and our music, even more so when strangers go up to you and say they love our music. It’s most encouraging,” Haokai says. Music journalism in this age and time, have also played a part in pushing local music out there, Axel and Zakhran agrees. “When there is stuff written about your band and music, it reaches out to a wider audience, maybe to people who have never heard of us before - and that’s good,” Axel elaborates. 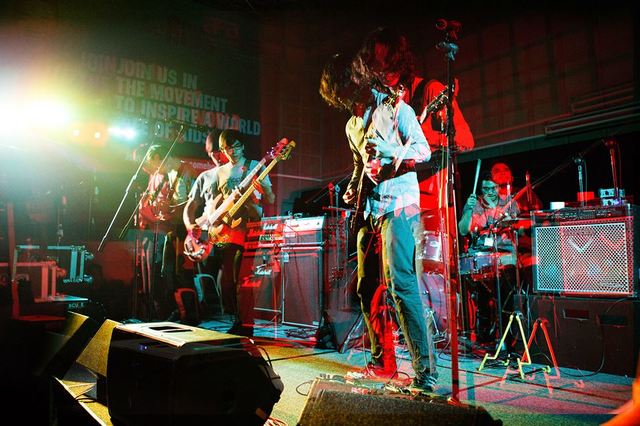 What it’s like being an independent and underground band in Singapore? Haokai muses: “Some people shine a lot more than others even when they don’t deserve it. Let’s never sell out man.”

“Singapore’s an interesting case. In the past, there was a more clear idea you would get when asked about the Singapore Sound. Now, it’s more diversified, there’s no defining ‘Singapore Sound’ anymore,” Zakhran says. Just one encounter with the force that is Sphaeras and you get that they are strongly original, complex but grounded, transcending local urbaneness, ambitious but accessible, and fiercely passionate - Sphaeras may just be starting out their journey, but they’re already defining the future of the music domain in Singapore for others yet to come.

RSVP TO THE ALBUM LAUNCH 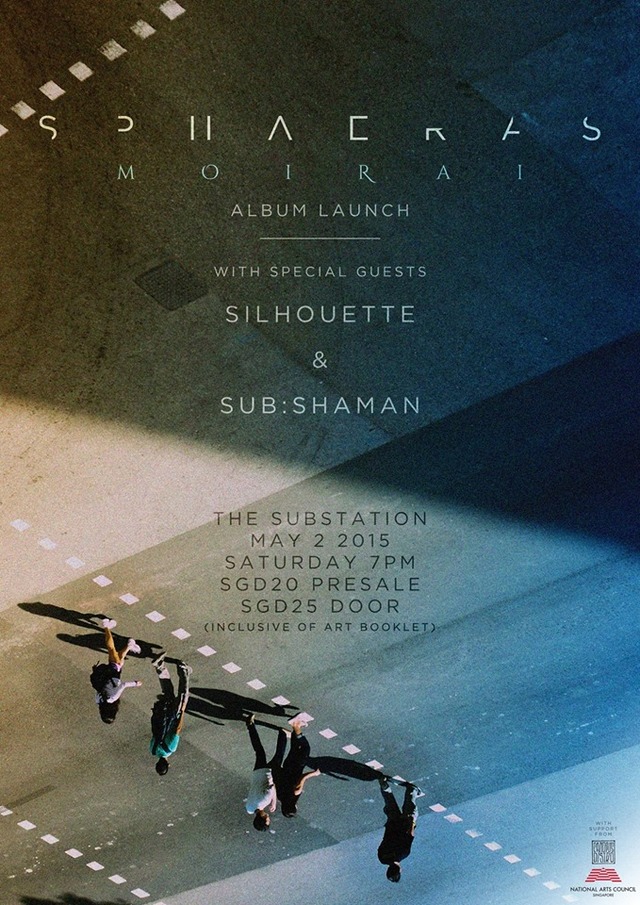