You could try but not forget the obscenely tight fitting shirts, the color-wheel defying outfits, the brown-hued videos, and the odd bandana over the head. Backstreet Boys have gone through various phases in their existence — now in their 23rd year of business, they are still relevant in 2015.

Rejoining the ‘In a World Like This’ tour in Wuhan, China following a one-year break, the boys will move through South-East Asia, snake into Australia, then finish off their 176-show tour in the two American continents. This move is smart and a gentleman’s act worthy of recognition; after seeing music artists announce a world tour, then subsequently skip Singapore or the entire Oceanic region, our faith in world tours have diminished. With the new album In a World Like This out in 2013, the quintet were not in the business of leaving anyone out of their celebratory party.

Tonight’s show would be the same as most other nights of the tour; dressed in matching cobalt-indigo suits while moving in synchronised soldier steps down a podium and opening with 'The Call’, the Star Theatre was loud and fanatical. Before the fun was to be dished out, a few rules had to be laid down: act like you are 15 years old or forget about the fun. 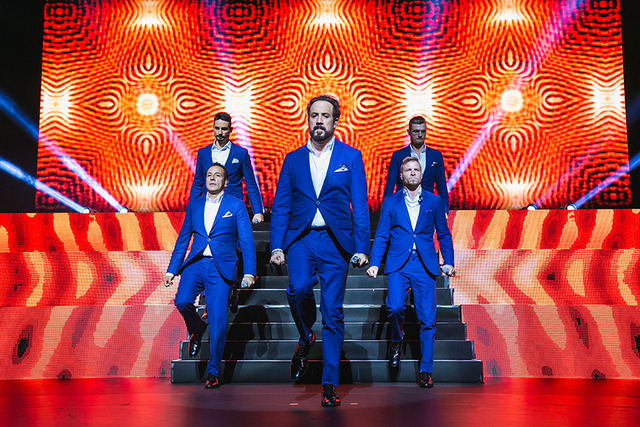 It has been years since we have rolled back the years, watching music videos of their harmonised steps on DVDs. With the limited and simple stage set-up, the boys used whichever props they could get their hands on. In ‘All I Have to Give’, they tinkle with fedora hats with inch-like precision, lifting and dropping them slowly in-between gravity-defying dance moves, without looking like a tool yet entertaining the crowd with maximum enthralment in place of minimum elbow grease. ‘I’ll Never Break Your Heart’ swoons hearts with tailored dance moves around microphone stands, slanting them in unimaginable positions across emotion-stirring vocals.

It does seem like a risky manoeuvre to bring fans back to the past while moving forward with their new releases, but it was done with deftness and skill from years of experience. Performing a sit-down session with each member picking up an instrument, short snippets of hits from the yesteryears (’10,000 Promises', ‘Drowning’) were thrown into the mix while keeping within their proposed setlist. An invitation was then stretched out to the fans, “it’s not about the past but the future, will you go with us?” 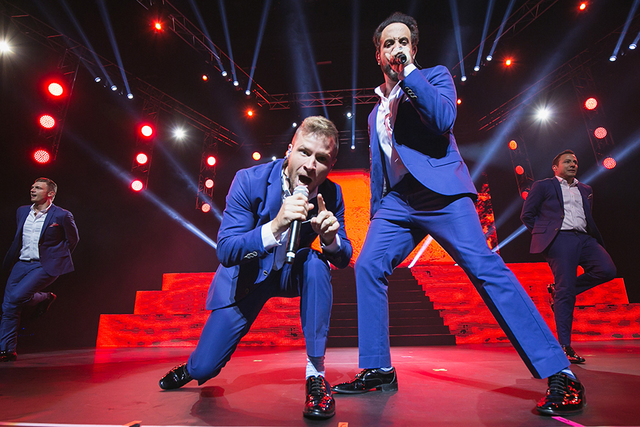 Backstreet Boys may have claimed a victory but not in one they have hoped for. Title track ’In a World Like This’ from their latest album sounded close to identical on paper with another new-age boy band; the formula consisting of edgy acoustic guitars, contemporary-sounding poppy vocals, a bubbly yet boyish personality and the usual heart-on-sleeve lyrics seemed to be what most boybands were emulating, and it is unjust to fault Backstreet Boys for their efforts to stay relevant.

In the fun and laughter, I start nitpicking at the flaws and seek answers to questions I find guilt in pursuing, are fans here to relive nostalgia or support Backstreet Boys in their next phase of music?

The new album features similar arranged tracks in ‘Permanent Stain’ and ‘Breathe’, arena-styled music geared at achieving success on the radio and in the appearance of a new target audience, the Generation Z. Placing their 2005’s ‘Never Gone’ side-by-side would be a perfect way to specify and detail their growth over the last ten years, Backstreet’s-back-alright-but-with-a-different-yet-similar-sounding-sound. After all, there will always be a certain reluctance in releasing the old and welcoming the new.

Despite the 23 years in service as the Backstreet Boys, it doesn’t end here for the five lads. Going back into the studios after the tour, the boys will be back larger than ever and will return to Singapore for yet another world tour. Promises will always be kept when the Backstreet Boys are concerned. I will wait patiently for another reunion of class ’99, but only if we are reminiscing memories of the old. 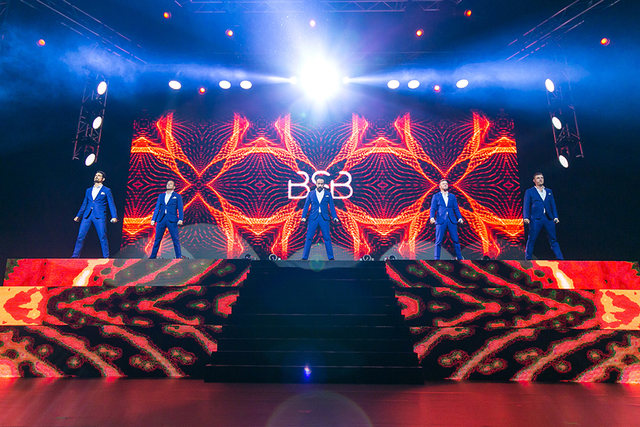