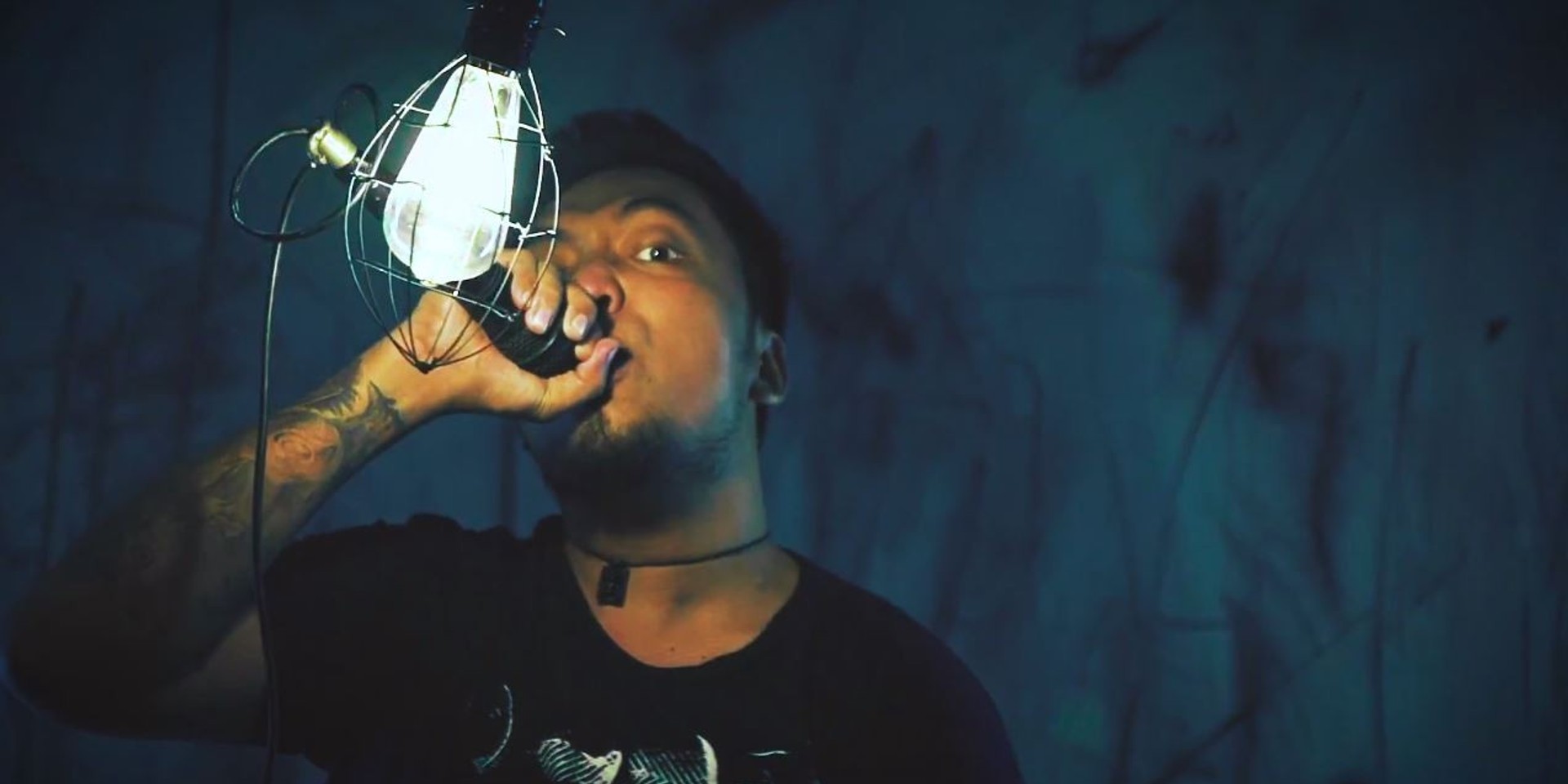 Filipino metalcore act Destroy Pretty Boy remind those who are struggling with depression that "there are a million reasons why you need to stay" with the release of their latest music video 'Saving Lions.'

Taken from their 2017 eponymous debut record, the Manila-based quintet shared the visual Thursday night (05/17), following the release of its teaser earlier this week. The video features the band performing in a dingy room lit by a single hanging light bulb with scenes cutting to a man (portrayed by Frank Manzanes Ferguson II, who conceptualized the visual) alone in the same room, trapped in his own mind.

As vocalist Archie Tambasen screams "There is still a chance / of your life getting better," the visual takes a dark turn as the man takes a noose. In the end, the noose hangs on its own, ending the Caloy Maglasang-directed video with the man choosing to listen to Destroy Pretty Boy's uplifting words instead of ultimately letting go.