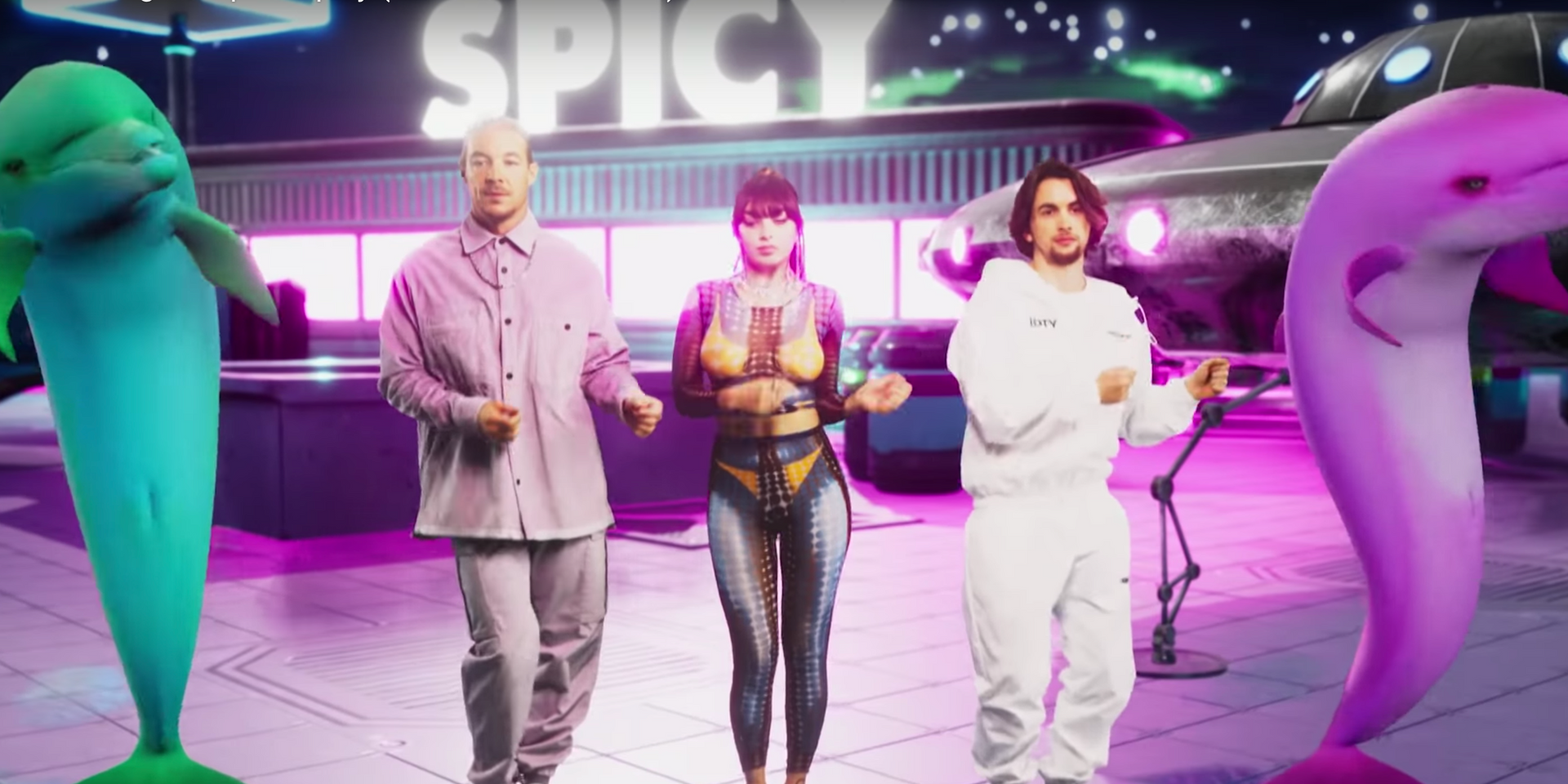 In recent months, Diplo has become a purveyor of all things weird, from his country persona to his work in LSD.

Now, however, he's cranking things up to 11 on his latest track with Charli XCX and Herve Pagez. Titled 'Spicy', the track is a remake of the Spice Girls' classic 1996 anthem 'Wannabe'. The track doesn't fully commit to the theme and complete lyrics of 'Wannabe', instead trading in the chorus for dancehall. It's a playful song, and while it may not end up being one of the biggest hits of the summer, expect to hear a lot of it at beach clubs and parties.

The accompanying music video is even weirder than the track, featuring a neon dolphin party, that makes no sense, but is somehow incredibly enjoyable.