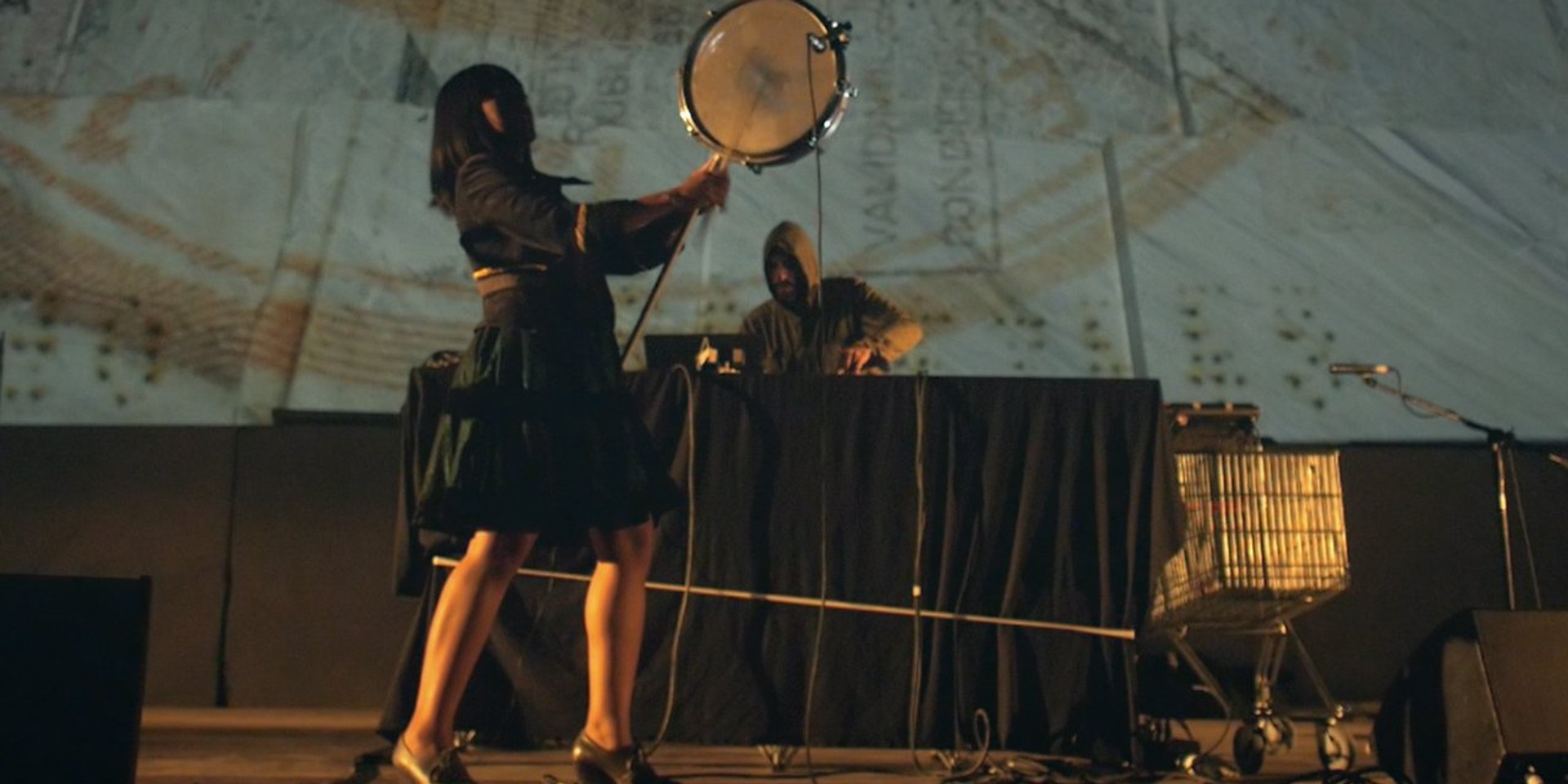 Filastine & Nova are a duo like no other, this couple Grey Filastine (producer/composer) and Nova Ruth (singer) are now based in Barcelona, but as I listened to their music, eclectic and eccentric are the words that first came to mind. Are they from outer space? So I consulted their Facebook bio:

Filastine & Nova are a multimedia duo working to undermine borders. Their music collides electronic beat production with dense layers of voice, concréte sounds, analogue synths and strings. Spin magazine calls it “bass music for crumbling urban futures,” and Pitchfork says “they sound less like `world’ music and more like music from another world.” Another world is exactly what they aim to create, using sound, video, design, and dance to express a radically different vision of the possible."

They just released their latest album titled Drapetomania through the Bandung-based label Omuniuum, in CD format on June 10, followed by the international version through the Post World Industries record label in digital and physical format.

The pair combine electronic and unplugged compositions that come from various, globetrotting sounds. Grey blends elements of African, Asian, Arabic and Javanese-gamelan music with electronic music such as drum & bass, industrial and dubstep. Nova writes the lyrics and sings them in English, Indonesian and even Javanese.

The 12-track album title Drapetomania gets its name from the term of medical diagnosis in the 18th century which refers to slaves or laborers who wanted to rebel or escape, where in that time such actions were regarded as a mental illness. As Grey explained in the press release, working on the album wasn't their conscious choice, but merely depends on which country they can go to; the experiences shape their lyrics, affecting the entire process of working on this album.

Watch the video of 'Perbatasan':

Stream the album below: