Never mind that it was a Thursday. When British band Spector kicked off their Singapore live debut in Avalon with 'Friday Night, Don’t Ever Let It End', the Thursday miseries were soon forgotten among the crowd of 200-something. Fashionably suited up, the indie rock outfit belted out songs from their first studio album, Enjoy It While It Lasts.

It was hard to ignore the confidence and swagger of vocalist Frederick Macpherson, even when the sound system muffled his baritone vocals terribly. Wearing his distinctive glasses, the 24-year-old constantly gave his fans intent looks. This habit was coupled with a few eccentricities, such as bending down to tie his shoe laces mid-tunes or sweeping his perfectly coiffed hair with his trusted comb. At least he didn’t take himself too seriously. He jokingly spoke of a future scenario where a Spector fan would recount to his or her child of Spector’s first gig in Singapore, only for the child to respond “Who the hell is Spector?” 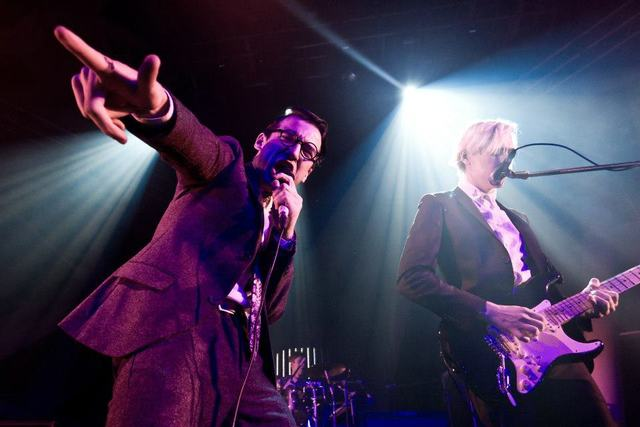 And while they sound familiar, you stop to remember that they’re new. Maybe because ‘Spector’ is also the name of a certain music producer who also shot a woman in her face. Or that according to Guardian (UK), Spector’s music is being pitched as “somewhere between Roxy Music and the Strokes, the Killers and Kanye West, Pulp and R&B and Frank Sinatra.” Not too sure about the ‘Kanye West’, ‘Roxy Music’. ‘R&B’ and ‘Frank Sinatra’ elements but in terms of resonating and catchy choruses, they’re on the right track. Their only fault perhaps is that by borrowing so many different sounds, they find it hard to stand out in the line up of new and upcoming bands gaining recognition on music blogs and Pitchfork (who gave them a harsh 2.6). 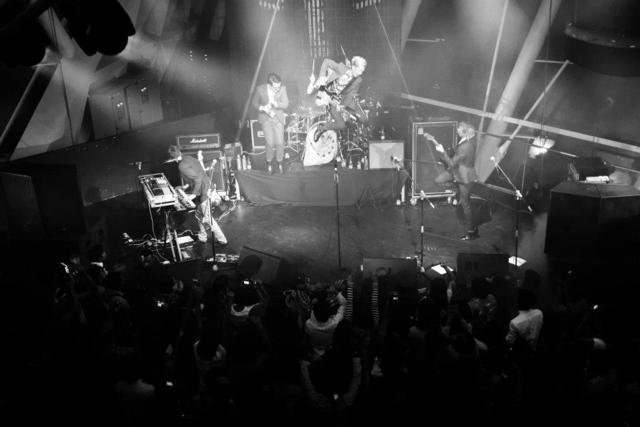 With the actual album lasting 42 minutes and only one album under their belt, there is only so much the band could do. Even so, the band set out to win their fans’ heart right from the get-go. Their success was evident when songs including 'Twenty Nothing' and 'What You Wanted' drew clap-alongs among the mostly-teenagers-and-early-20s crowd. Karaoke moments sprouted in songs such as 'Chevy Thunder' and 'Never Fade Away'. The band also managed to pull some surprises. 'Grim Reefer' was sung only for the second time in the band’s live history. Then, there was the additional guitar solo in 'Chevy Thunder' by Jed Cullen on top of Christopher Burman’s in the original version.

With their short 35-minute set, Spector could only hope that they had made a lasting impression on Singapore. It was fun while it lasted, but the party ended before it started. When Spector’s second album drops in the future, a second attempt will certainly be due. 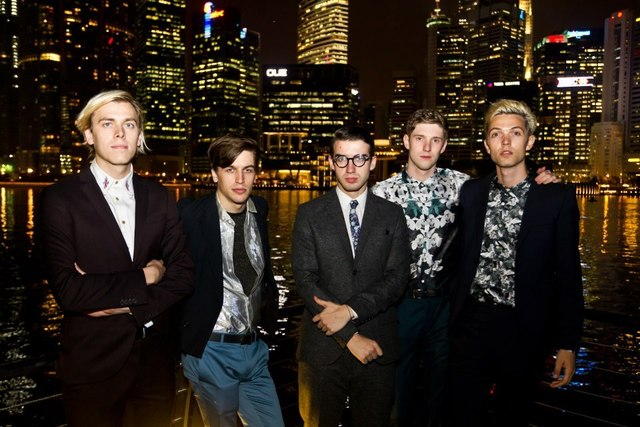