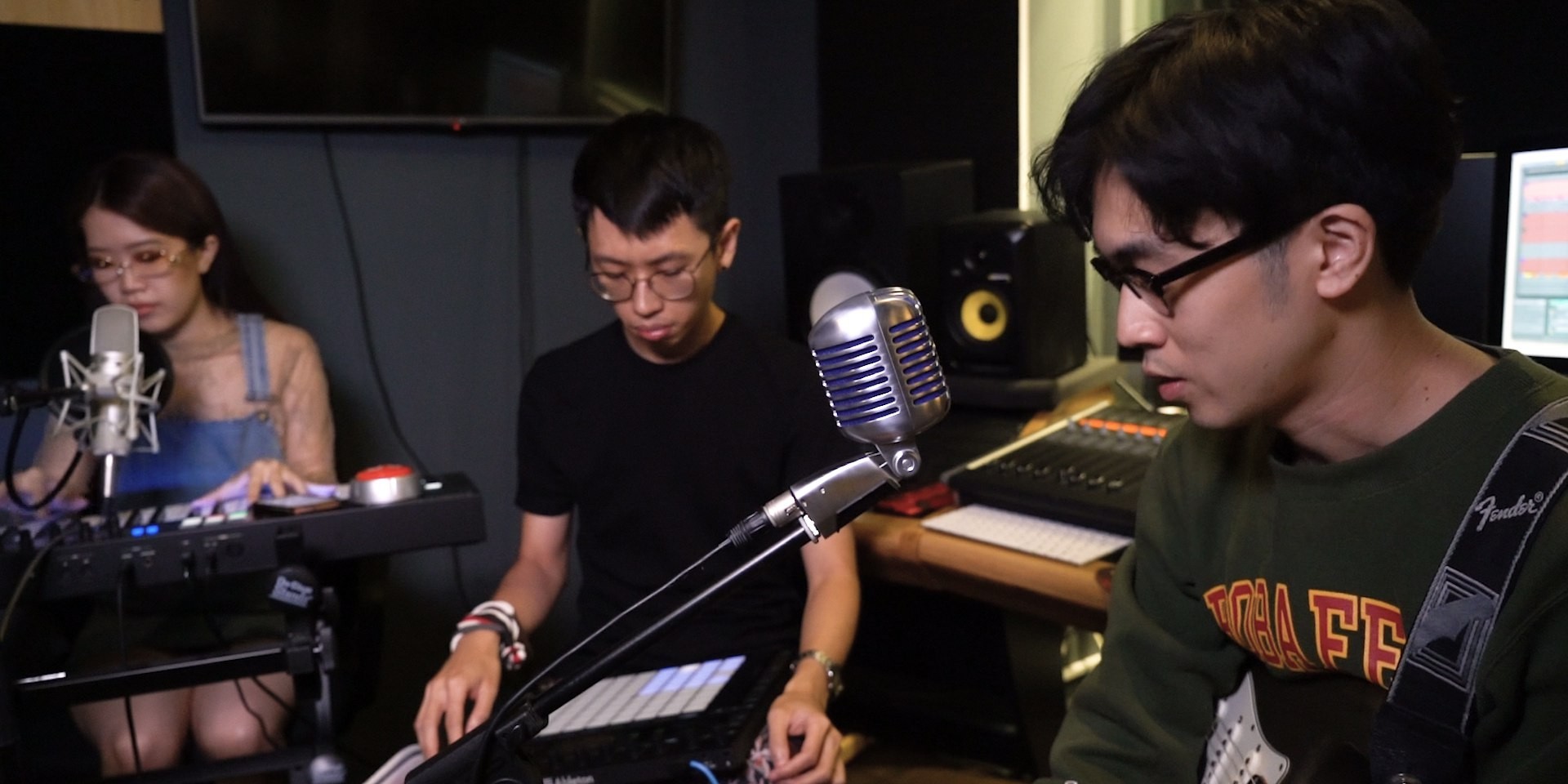 'Vultures' was one of the first songs off Evanturetime's debut EP Folds to be released, way back in 2016. Since then, it's become a distinct standout, especially due to the lush, intertwining vocals of Linying and Charlie Lim.

Earlier this year, Evanturetime (aka Evan Low), Linying and Charlie got into the studio to perform the song live for Bandwagon Presents. The session was shot at Zendyll Productions, the music studio where Evan works. And after performing 'Vultures', Evan was kind enough to give Bandwagon a quick tour of the premises.

Check out the videos below – and if you like what you hear and see, you should definitely head down to the Apple Store on Orchard Road on Friday, 22 June at 7pm for a Music Lab session with Evan as part of the Today@Apple program. Evan will be sharing insights about his music-making process and career thus far, performing with special guest artists and even collaborating with attendees. Sign up here.